Will armed school resource officers be removed from the halls of JCPS?

Tonight's vote sets a tone for bigger decisions down the road. 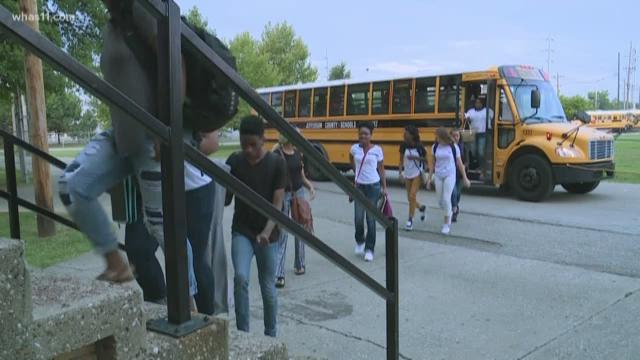 "All of our people need to weigh in on this so it's not just three people, making a decision not to approve, having school resource officers," said Linda Duncan, who represents District 5.

While not the biggest vote, some on the school board say tonight's decision could foreshadow what the future looks like.

The vote would provide 10 resource officers to the 98,000 student district. If approved, Butler Traditional High School and Jeffersontown High School would each receive one, and the Jefferson County Sheriff's Office would provide eight whose locations would be decided mutually between the board and the sheriff's office.

While Corrie Shull, with district 6 says he hasn't made a decision just yet. He's stuck on data that shows school resource officers don't make schools safer. Something he says was proven with the Parkland shooting.

Duncan says another board member, Chris Kolb, with district two has vocalized his opposition from the beginning.

"His view is in fact sometimes SRO's frighten children who have been traumatized," Duncan said.

Duncan says because of the timing, the conversation is surrounded by the possibility of a school shooting.

"If we don't have an armed presence in our buildings then we have no chance in responding to active shooter situations. That's just the bottom line," Duncan said.

If the vote splits 3 and 3, the contracts would ultimately fail.

And without these contract agreements, nine in house security officers to cover 156 schools would be left.