Her husband's name, Officer Jason Ellis, is engraved next to the other fallen officers of Kentucky. 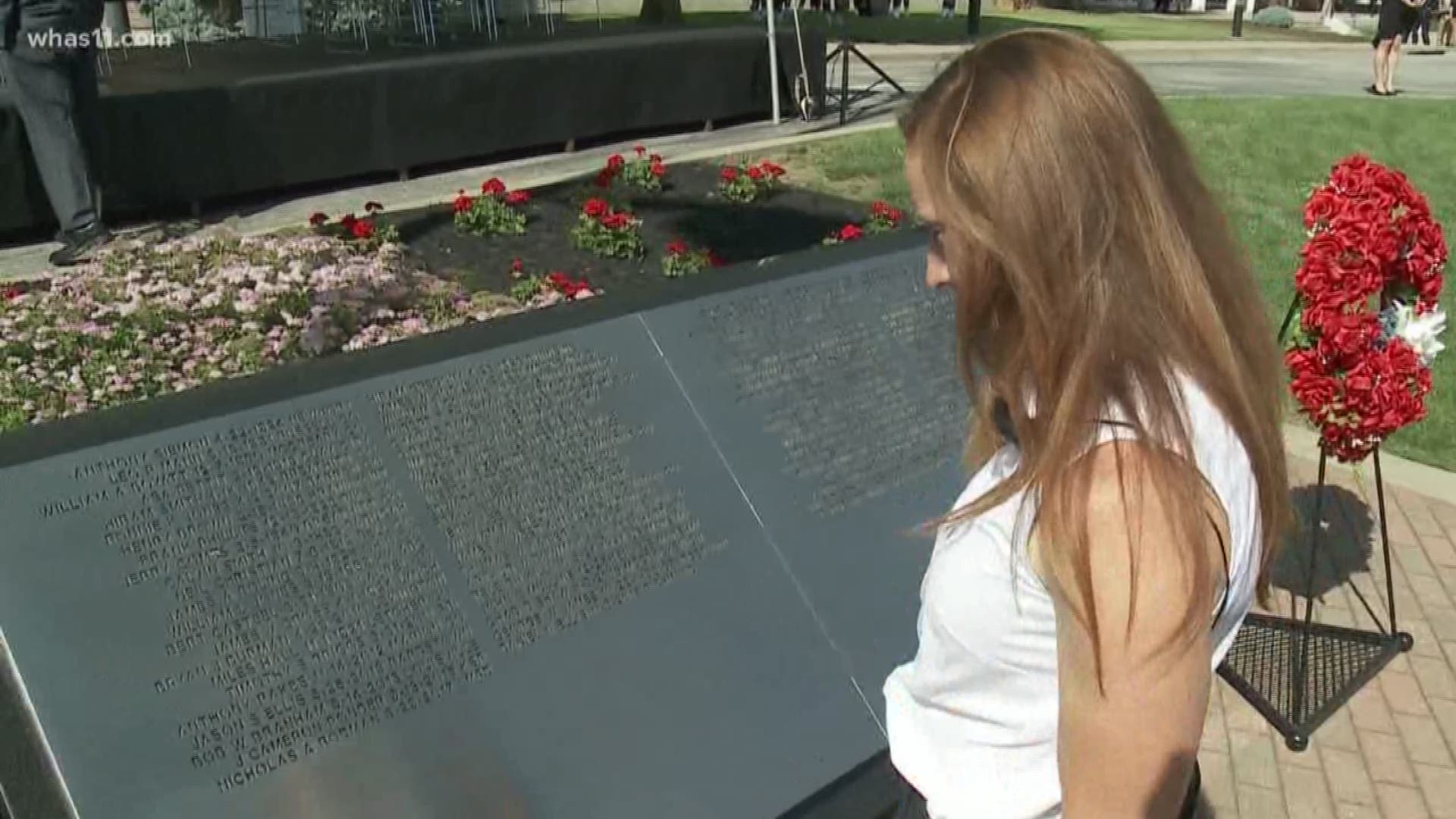 BARDSTOWN, Ky. (WHAS11) -- “It's an indescribable feeling. It's just not real. It's the worst feeling. Your worst nightmare coming true. It's devastating,” Amy said.

Her husband's name, Officer Jason Ellis, is engraved next to the other fallen officers of Kentucky. It's been nearly five years since Officer Ellis was murdered on his way home from work. He had finished his shift, left the Bardstown Police Department and stopped his car on the exit ramp to clear debris scattered on the road. That's when he was shot and killed. The case is still unsolved.

“From what I've been told, he didn't suffer, he didn't have time to think about it and he didn't even know it was coming so it's been better knowing that part of it,” Amy said.

She never got to say goodbye but she was able to say one last 'I love you' to her college sweetheart. It came in the form of a sleepy, late night phone call.

“I vaguely remember that quick phone call and saying, 'I love you,' 'I love you too.' And I thought he would be home in a few hours,” Amy remembered.

Since that night, Amy said she and their two sons have moved away from Bardstown, for their safety and well-being.

“I distanced myself from that so I could try to feel safe and bring my boys up as normal as possible, as I know Jason would want me to. It is very frustrating. I don't like to go back because it feels heavy,” Amy said.

That heavy feeling, now starting to lift. Amy is getting remarried in the next couple of months and she says she's stronger than ever. But she says she will always carry Jason with her in her heart.

“We miss him and we love him. I wish he could be here for the boys and see them grow up. He would be so proud of how they're growing up to be strong, resilient young men,” Amy said.

If you have any information, you can call Kentucky State Police to help solve this case.