Why AR-15-style rifles are popular among mass shooters

Gun experts told ABC News it has nothing to do with the AR-15's lethality, but rather simple familiarity. 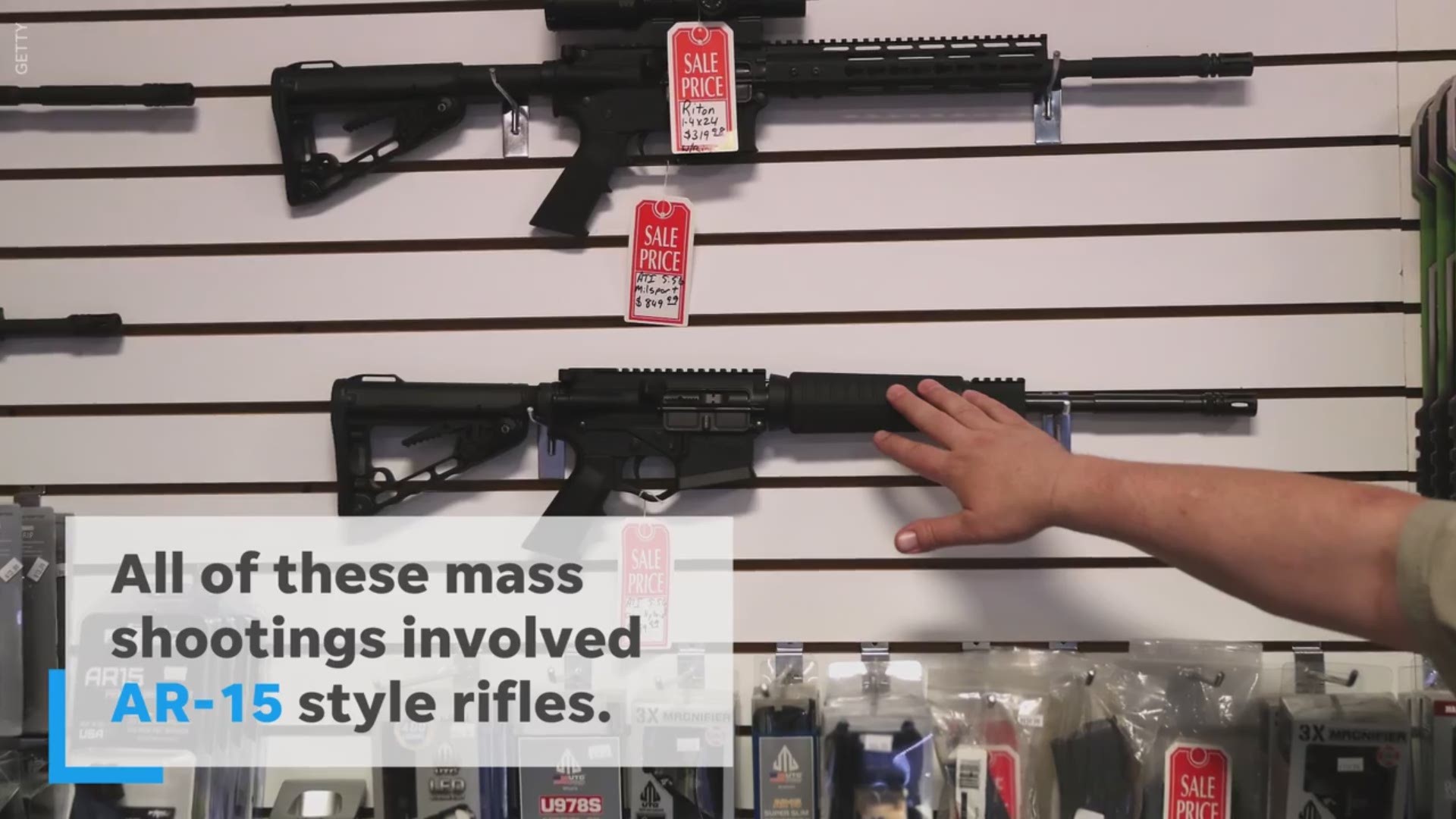 (ABC NEWS) -- AR-15-style rifles have become something of a weapon of choice for mass shooters.

The suspect in the Pittsburgh synagogue shooting that killed 11 worshippers on Saturday allegedly used one such rifle along with handguns.

The killer who gunned down 17 teens and teachers at Marjory Stoneman Douglas High School in Parkland, Florida, in February also used an AR-15-style weapon.

This type of rifle was also used last year to kill 26 people and injure about 20 others during a Sunday morning church service in Sutherland Springs, Texas. And, an AR-15-style rifle was among the stockpile of firearms used in October 2017 to gun down 58 concertgoers in Las Vegas.

AR-15-style rifles were also used at the shootings at Pulse nightclub in Orlando, Florida; at an employee training in San Bernardino, California, and at Sandy Hook Elementary School in Newtown, Connecticut.

So why is this type of weapon so popular among mass shooters? Gun experts told ABC News it has nothing to do with the AR-15's lethality, but rather simple familiarity.

“In the U.S., our go-to rifle is the AR-15. It’s known as the American rifle,” former SWAT team member and gun expert Dean Hazen said in February after the Parkland shooting.

“Most police departments carry it; our military carries a militarized version of it. In some mass shootings, the shooter had low knowledge of firearms. They just grabbed what they know, and that’s the AR-15.”

“The AR is the most popular rifle platform in the U.S.,” Blair said in February.

The fact that so many mass shooters are using the same gun is what sociologists call “social proof,” he added.

“You’re in an ambiguous situation and you don’t know what to do that. That can be looking at what silverware other people use at a fancy dinner party and copying them, or it can be using the same type of weapon other shooters have used if you’re planning a mass shooting.”

Hazen added, "It’s a copycat thing. When they see other mass shooters use it, it reinforces the image in their mind that this is the evil tool to use.”

The NRA says the AR-15 has “soared in popularity” because it is “customizable, adaptable, reliable and accurate” and “can be used in sport shooting, hunting and self-defense situations.”

Blair doesn’t believe those are the reasons mass shooters are choosing the AR-15, though.

“I don’t see a lot of customization happening with the guns mass shooters use. They’re pretty much using the stock AR which is easy to operate and straightforward,” Blair said.