It could take months for Kentucky's general public to get COVID-19 vaccine, governor says

Governor Andy Beshear said it could take months until non-essential workers get access to the vaccine. 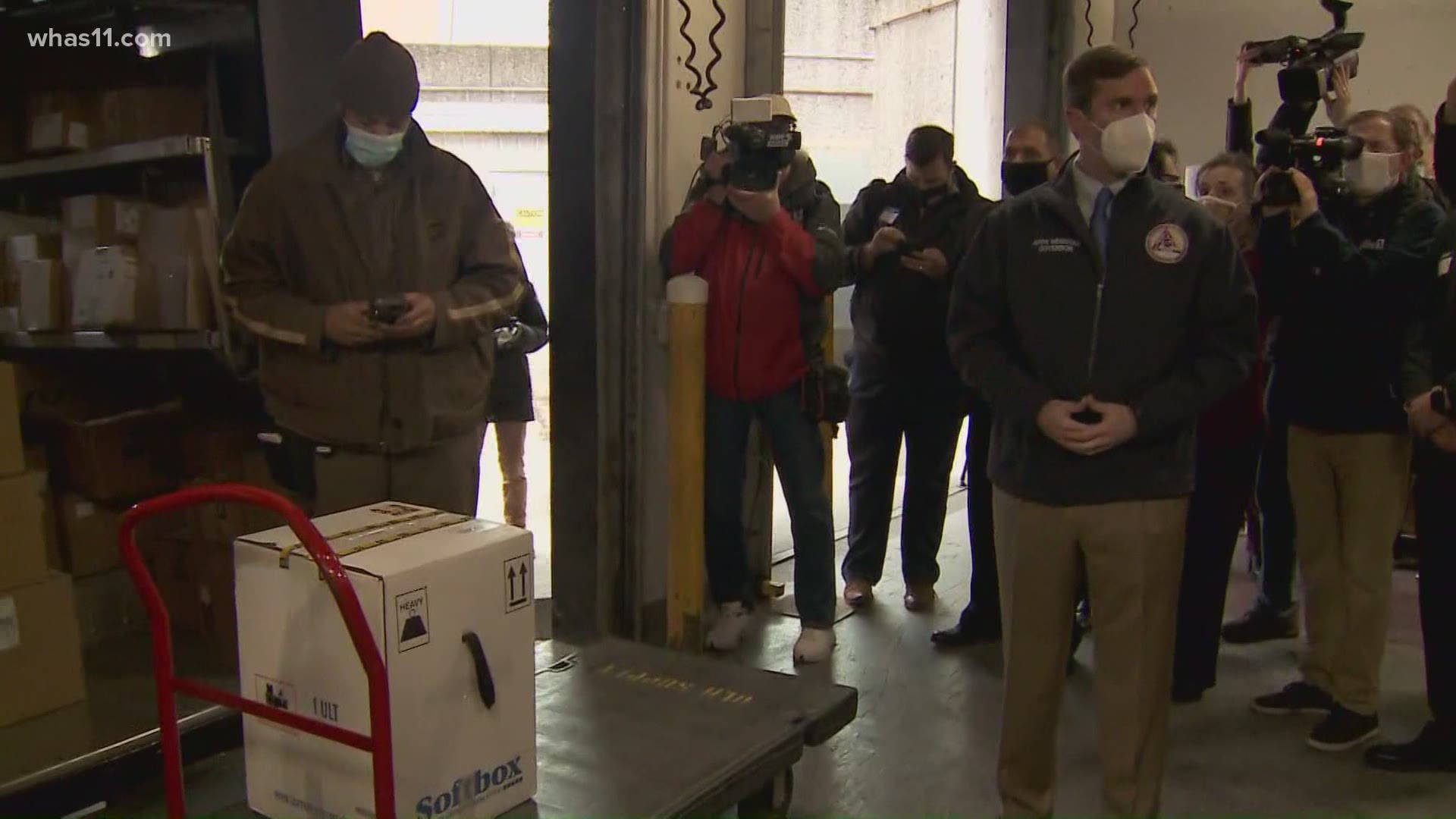 LOUISVILLE, Ky. — The first shipments of the Pfizer vaccines arrived in Louisville Sunday, but who will be first in line to get the shot and how long will the general public have to wait?

More than 12,000 doses are going to 11 Kentucky Hospitals. More than 25,000 are headed to Walgreens, CVS, and other pharmacies to start vaccinating people in long-term care facilities where Beshear said 66% of COVID-19 deaths in the state have occurred. He hopes to get the job done within two months.

The governor believes it could take months until non-essential workers get access to the vaccine.

"We will have a challenge certainly once we get past this first group and move on to the second group," Beshear said. "Whether the federal government labels that as essential workers or people over 65 or 70 which step they take is still under some amount of debate."

Roughly 38,000 doses of the Pfizer vaccine was delivered on Sunday near Louisville's UPS worldwide Hub.

Chief Medical Officer at UofL Health, Dr. Jason Smith was the first person to be vaccinated in Kentucky.

"There are so many people that work every day to work for patients and we've got a chance to interrupt this virus cycle starting today," Smith said.

Dr. Valerie Briones-Pryor was one of the five UofL health care workers who got vaccinated Monday. She has been in the COVID unit since mid-March.

"I just lost my 27th patient today so the vaccine I took today was for her family and for the other 26 that I've lost and for all the other families and patients that I've held their hands," Briones-Pryor said. "Me and the staff we're their families, we're the one holding their hands, we're the ones telling them they're going to be okay."

Beshear said just because there is a vaccine people shouldn't let their guard down.

"It doesn’t mean it’s over," Beshear said. "There’s still going to be tough days and tough months ahead."

Briones-Pryor shared a message to those who are hesitant about the vaccine.

"Read about it, get yourself comfortable with it," she said. "Talk to me in a week I'll tell you how I feel the next 24 or 48 hours but then also think about your loved ones, think about the ones who had it, the ones who could get it and what you can do to protect them."

Beshear said he wants to set an example so he plans to get his dose sometime next week.