What happened to Walnut Street?: The lost city within Louisville

The street once known for its hustle and bustle has disappeared, but what happened to the buildings in the historic African-American neighborhood? 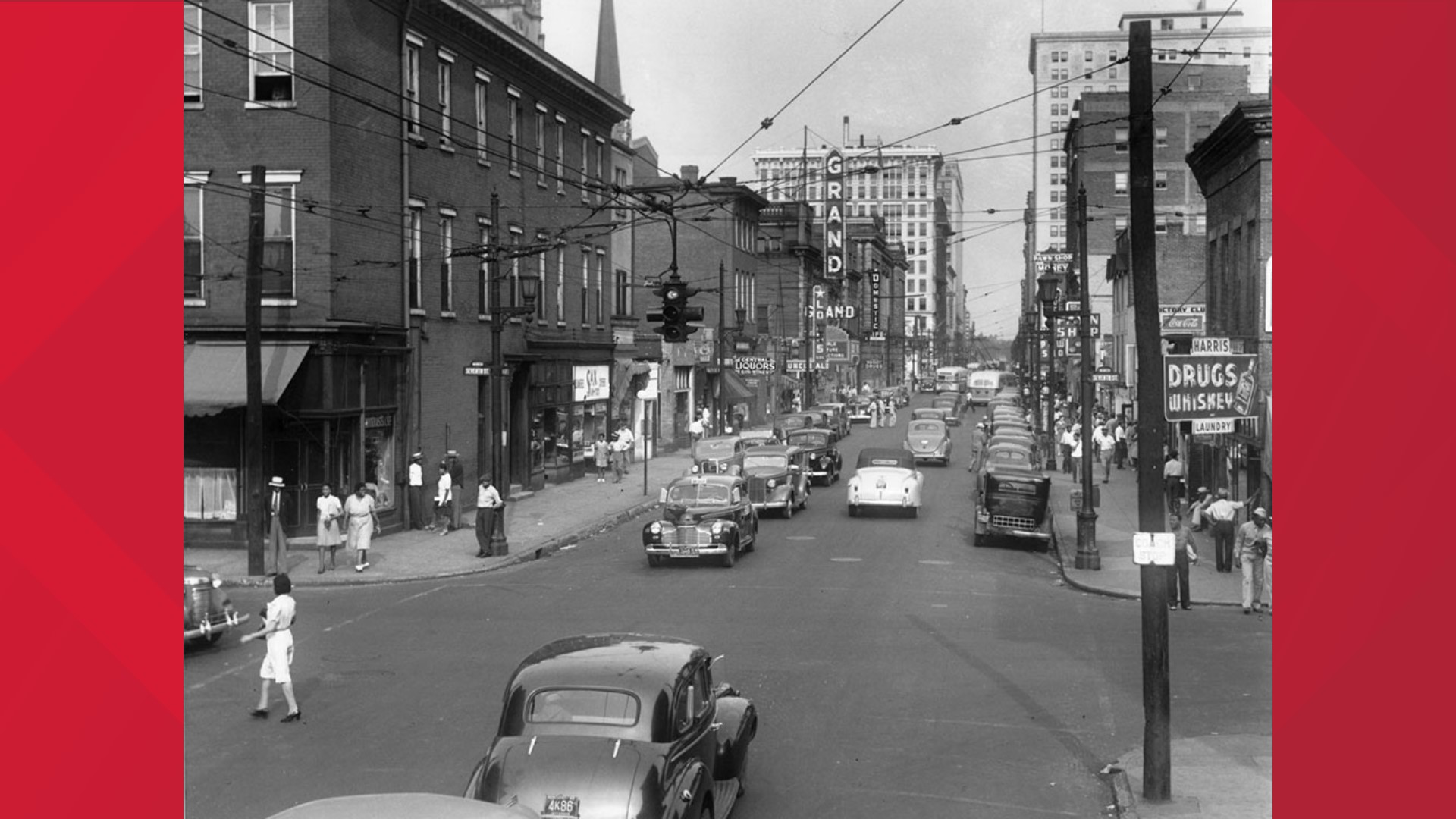 It was known as the heart and mecca of the African-American community.

“You began to feel an up-tempo feeling once you hit Walnut Street,” Ken Clay, a local historian said.

That tempo meant the top blues and jazz singers in America were located there at the time.

The most famous blues star in that era, Detroit’s Dinah Washington, often came to Walnut Street’s Lyric and Grand Theaters.

"There was always an exciting buzz on Friday's. That's when people got paid and were spending money. People went out for the first time that week for dinner. They engaged with their friends over cocktail," Sam Watkins of the Louisville Central Community Center said.

"It was Louisville's Bourbon Street," sculptor Ed Hamilton said. "The block had a personality. It was alive and warm. It could by hypnotic and yet robust and boisterous."

The action began at 6th and Walnut Streets, what is now known as Muhammad Ali Boulevard.

"As soon as you hit that and turned west, it was like EUREKA! It was like my yellow brick road," Clay said.

Stretching from 6th Street to the west, Walnut Street was row-after-row of banks, restaurants, nightclubs, apartments, homes and people.

"Anyone who came to Louisville, if they were black, touched Walnut Street because it was the heart," Watkins said.

In a time of segregation, when African-Americans weren't allowed to try on clothes at the stores two blocks over on 4th, Walnut Street was supported by whites.

Cassius Clay would parade after his victories here. Little did Muhammad Ali know at the time, this would later literally become "his" street. Martin Luther King, Jr. marched on Walnut often.

One man grew up on it – Ed Hamilton.

"This was my street. and I owned every crack and every weed in those concrete sidewalks," he said.

What's lost is a 7-block stretch that generations in Louisville today would not even recognize as their own city.

Bernadette Hamilton says the demolition altered a way of life.

"A lot of businesses that could have been passed on to kids. A lot of after school jobs," she said.

Watkins points out, "You're talking about 3 to 4,000 people easily would be doing commerce at any given time especially on Fridays between the hours of four to 10 p.m."

Walnut street was hit hard by "urban renewal," the 1950s and ‘60s federal program designed to save cities by tearing out blocks of old buildings.

In a short four-year period, the 7 blocks and more than 100 buildings between 6th and 13th Streets were leveled.

Inside, you flashback to the late ‘60s. The paint is peeling, and, in the window, the original curtains are still in place from the day the office was cleared out.

In the basement we found the printing presses that celebrated Mammoth's 1965 service club banquet honoring employees, and architects plans of the projects the company funded.

How did the Mammoth building survive the wrecking ball?

"Mammoth Life sold insurance policies throughout the region and southern states. It was connected to a major investor in Atlanta, so you had that economic power there, so they skipped demolishing that business on that side. On the north side, they tore down all of the businesses," Watkins said.

With nothing left but empty lots, the city's Board of Aldermen voted 6 to 5 in November of 1978 to rename Walnut Street Muhammad Ali Boulevard.

WHAS11 covered what happened next – 12 of the 70 brand new signs were stolen.

By that time, she'd become an international blues star – so big the New York Times assigned a reporter to write her obituary.

In it she said of Louisville, “I was never a person to stay away from home too long.”