What is Daylight Saving Time and why do we follow it?

Every year we have to adjust all our clocks to "spring forward" and "fall back." Who decided this was a good idea? 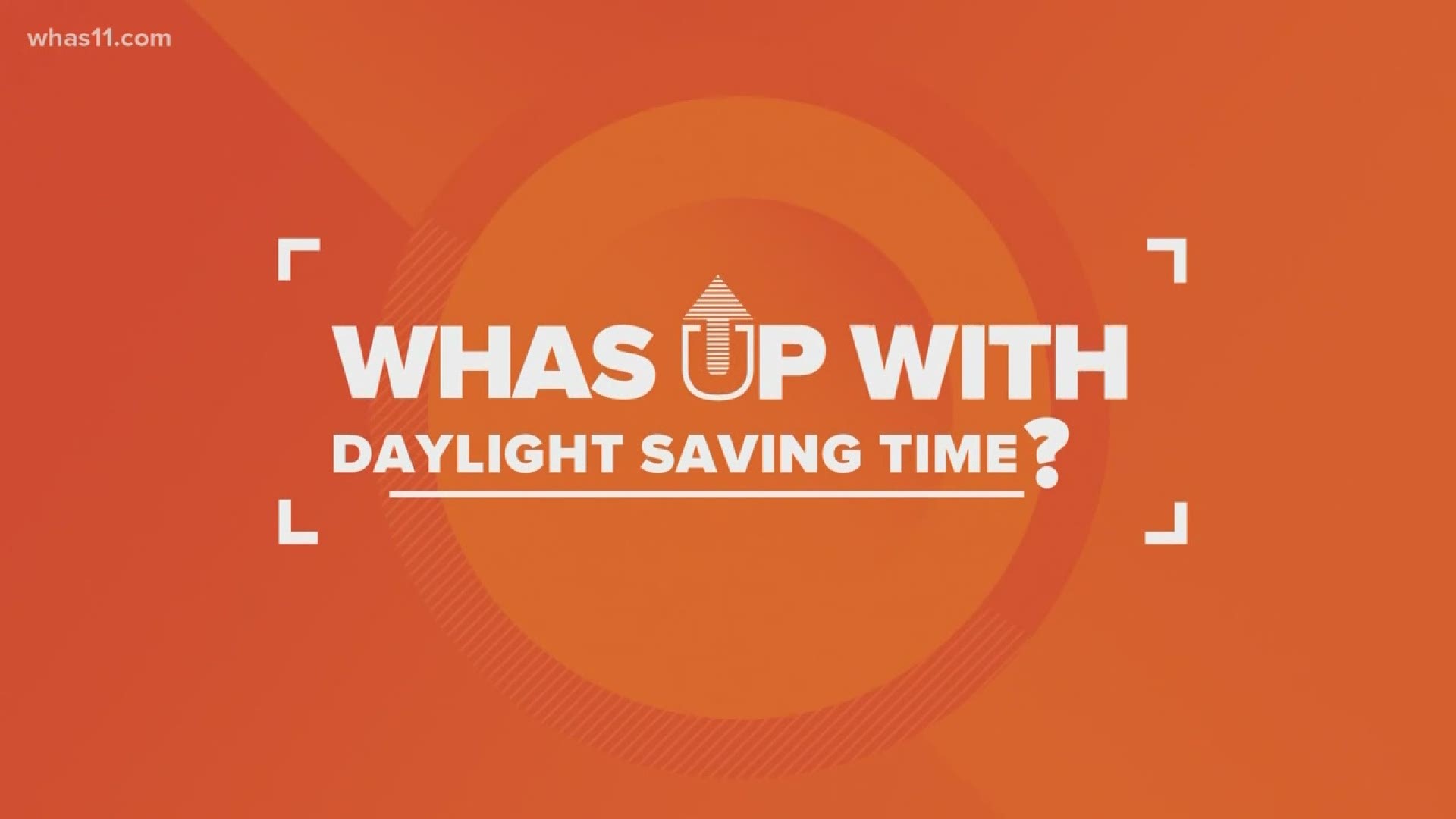 LOUISVILLE, Ky. — Editor's Note: This story was originally published in 2019.

Now that we’ve cleared that up, let’s dive into the topic. Twice a year, we all have to scour our house for the clocks we forgot we had so we can either "spring forward" or "fall back" an hour (and also try to remember just how we exactly change the time on our microwaves).

All of this struggle-bussing is going to have a lot of us asking, “Why are we even doing this at all?”

Urban legends blame Benjamin Franklin for inventing Daylight Saving Time (DST), but actually, that’s just a myth (the letter he wrote that people are referring to was intended to be satirical).

The idea for DST started popping up around the turn of the 20th century, and then Germany was the first to adopt it in World War I. America followed suit in 1918 and adopted it, too. The rationale behind it at the time was to save energy. The thought was: more daylight in the evening hours would reduce electricity use since more people are up and at it at that time.

That has remained the main argument for keeping DST ever since. Thing is, there aren’t many studies to actually back up that claim. To be fair, the United States extended DST by four weeks back in the mid-2000s, and the Department of Energy reported a decrease in electricity consumption of 0.5% during those added weeks.

I know that number seems teeny-tiny and meaningless at first glance, but don’t be fooled: it’s the equivalent of the power used by 100,000 homes for a whole year.

So, that’s something; but, there aren’t many studies on DST as a whole to establish that it’s worth it in the long run.

There’s also the fact that DST comes with some health downsides. The CDC says that the disruption it causes in sleep can be blamed for an increase in heart attacks and car crashes. Those who get less than seven hours of sleep per night (🙋‍♂️) are hit harder.