What's the plan for the Second Street Bridge?

Last we heard, the bridge would remain open until "Spring", when painting would resume. So, are we there yet? 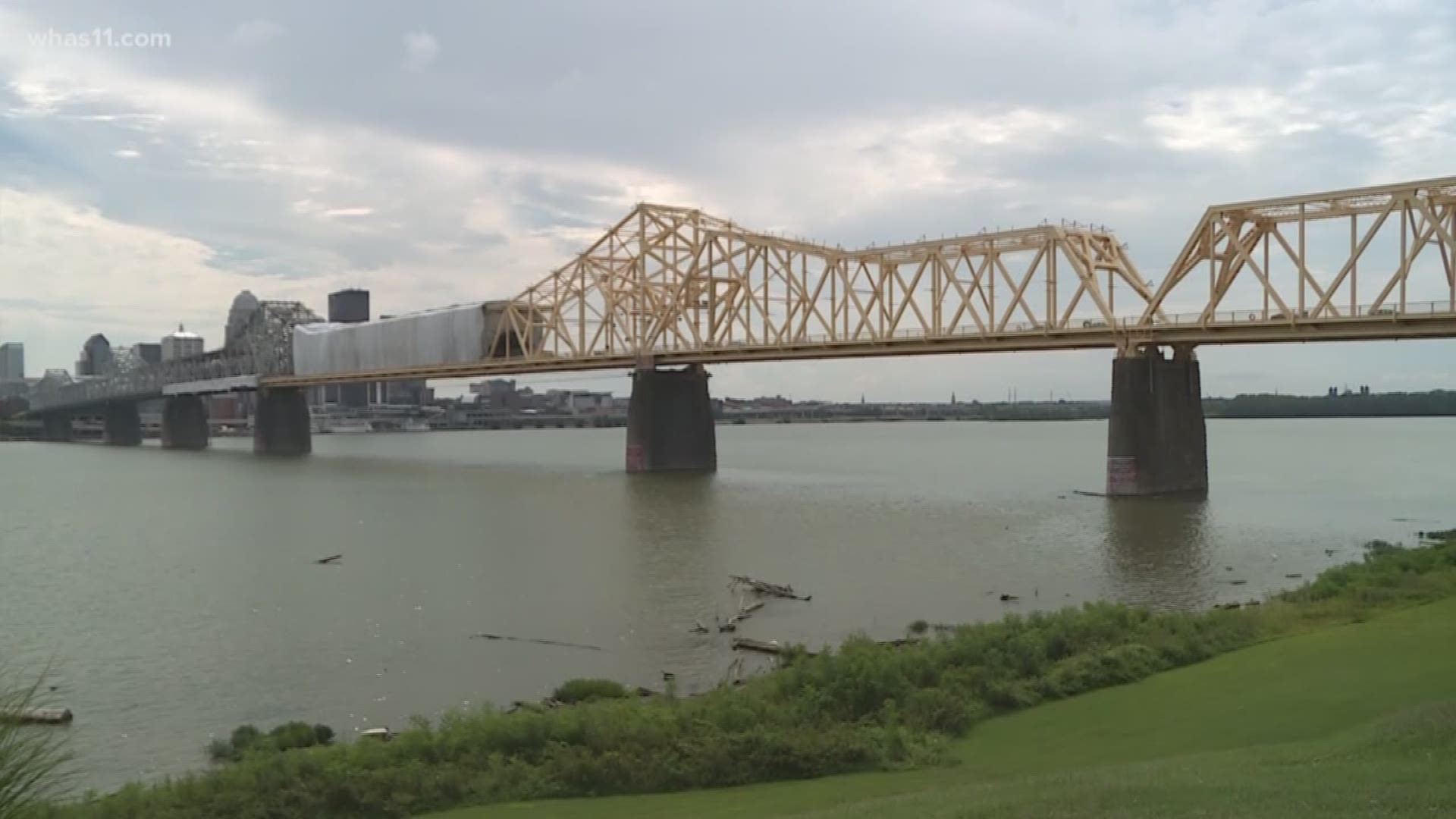 LOUISVILLE, Ky. — UPDATE: Andrea Clifford with the Kentucky Transportation Cabinet says that the bridge painting will officially resume in March. Starting on March 5, one lane will be open in each direction daily for traffic. Overnight closures will resume on March 11. You can find more information here.

David Haffner (known here at WHAS for his awesome Uber rides at Christmas time) wrote in, asking when the Second Street Bride painting is going to kick back up again this year, so we reached out to the Kentucky Transportation Cabinet to find out “whas up” with the project.

All you Second Street commuters better enjoy multi-lane freedom, while you still can (he said ominously).

Credit: Don E. Yeoman, Jr.
A drone shot of the 2nd Street Bridge on a sunny day taken on January 7.

Andrea Clifford with the KYTC told us that contractor crews are set to start working again the last week of February, and lane closures will kick back up again during the first week of March.

Clifford said it’s unclear right now if the complete overnight closure will resume immediately, or slightly after work and lane closures resume. Those decisions, she said, will be made closer to the actual restart of the project.

BTW, there’s a big caveat with all of these plans: the weather. We all know that Kentuckiana’s weather can’t make up its mind these days, and if we’re staring down the barrel of a winter storm when the time for bridge painting comes, crews will have to adjust their plans.

Winter weather and paint are not best friends.