Juneteenth has been a holiday for several generations. It's a time of celebration, but it's also a time of remembrance. 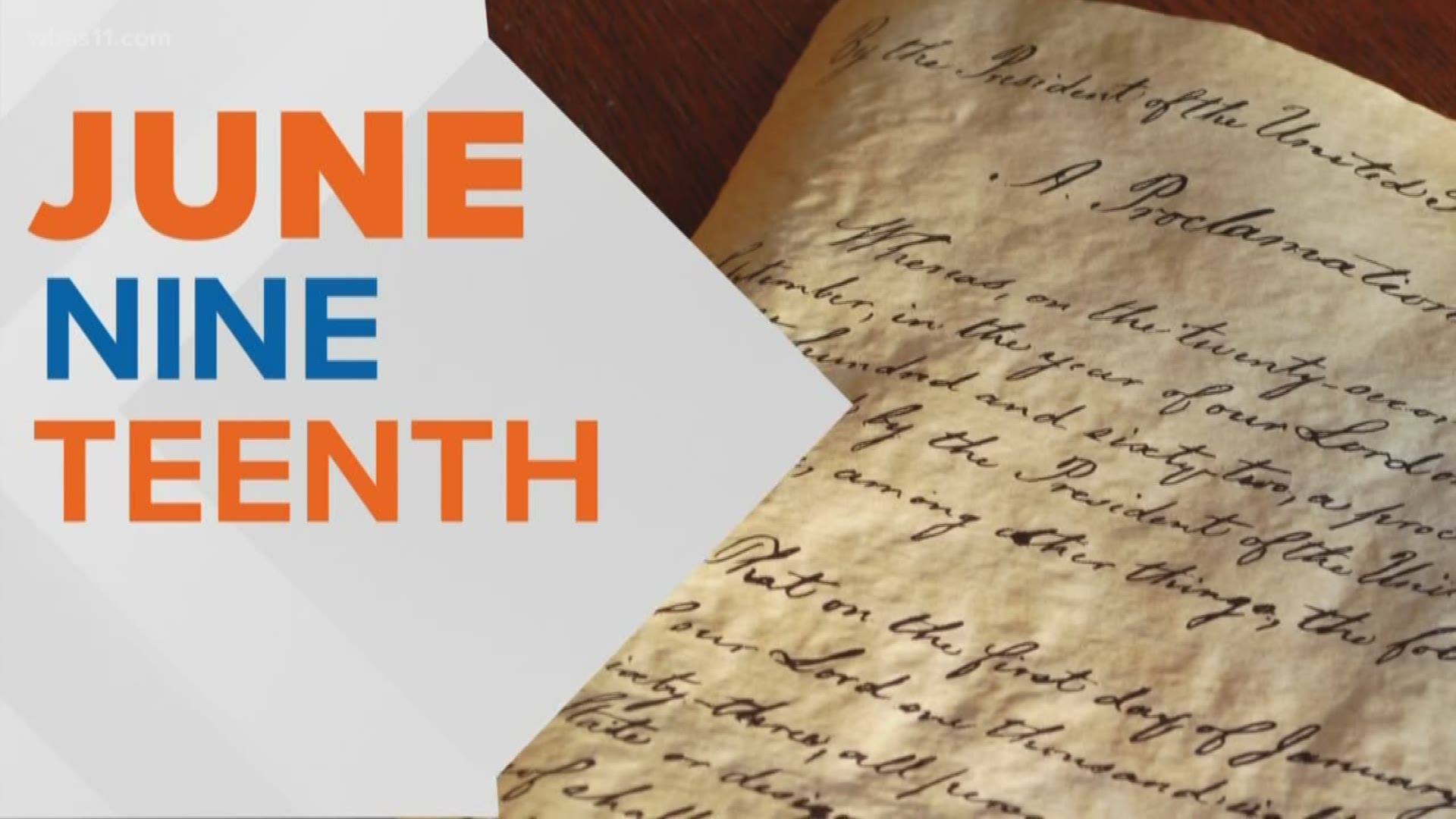 If you open your iPhone calendar to the month of June, you'll most likely see a holiday called Juneteenth. It’s been a day of celebration for more than 150 years, but many don’t know what it is, or how it got its name.

The Emancipation Proclamation, freeing all slaves in the United States was issued by President Abraham Lincoln in January of 1863. However, cell phones and Twitter didn’t exist in the 1800’s, so this news didn’t reach slaves in Texas until June 19, 1865.

Those slaves were so happy about their freedom that they started dancing and celebrating, and generations have celebrated on June 19 ever since. The name Juneteenth just comes from a blending of the date. The holiday is an opportunity to cherish freedom, but it’s also an opportunity to remember.

“it’s a celebration, but we also have to commemorate and memorialize as well. Because many Africans lost their lives,” said Aukram Burton, Executive Director of the Kentucky Center for African American Heritage in Louisville. He believes that the spirit of Juneteenth is vital today.

“I think a large part of what we’re experiencing in our communities today can be remedied by beginning to educate our young people about who they are,” he said.

In Louisville, the annual Juneteenth Jubilee at Waterfront Park has been rescheduled due to weather. The celebration will now take place on July 28. Why push it back so far? The 14th Amendment to the Constitution, which provided citizenship to everyone born in the United States - including slaves - was ratified on July 28, 1868.