The lights on the Watterson will be fixed...eventually

A faulty system plus limited funds equal a slow fix for commuters on the Watterson Expressway. 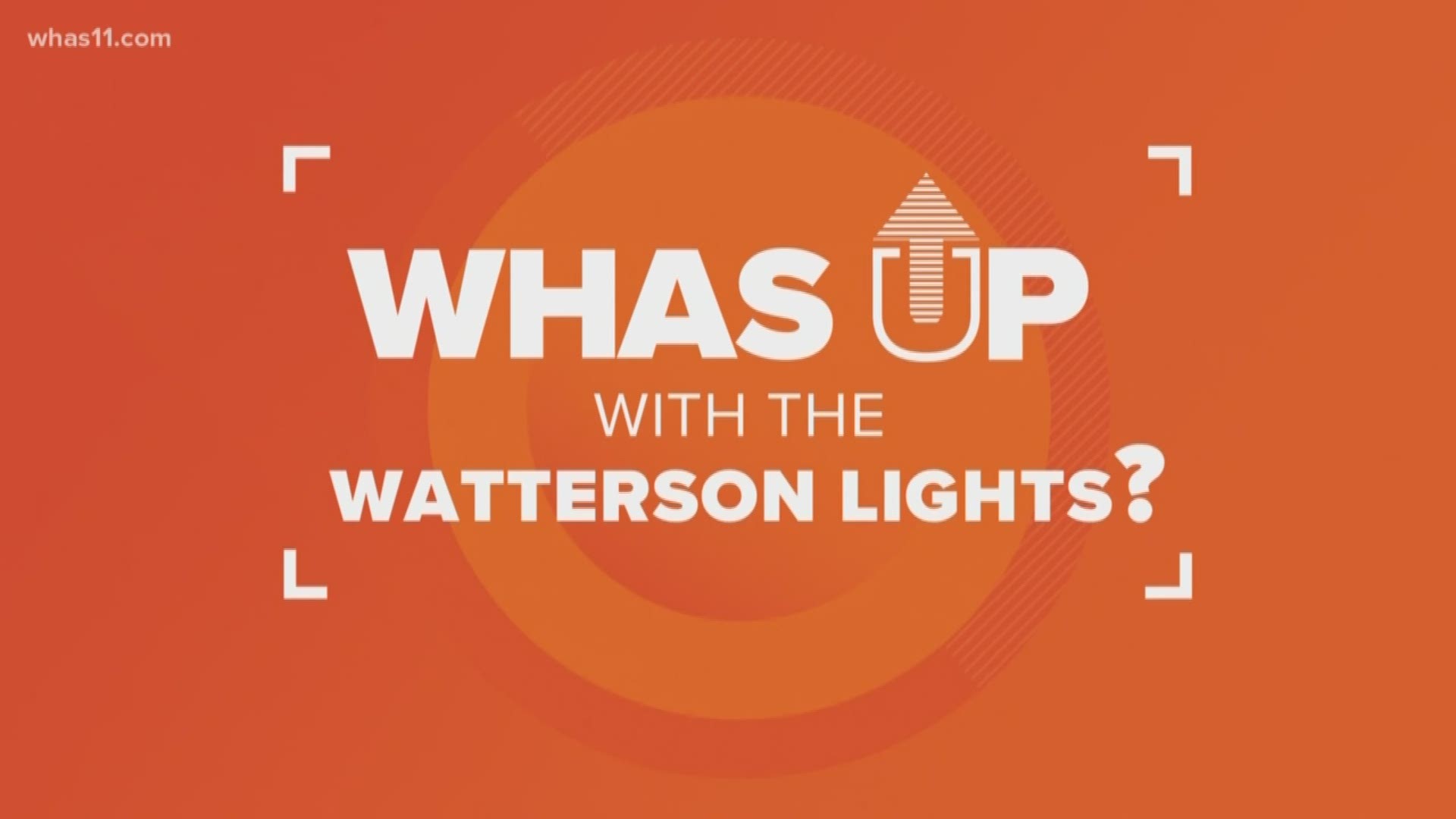 LOUISVILLE, Ky. — A concerned commuter named Chris sent me a couple videos of him driving down the Watterson Expressway. They show several lights in a row in the median out.

Chris says he’s seen this on a nightly basis for a while now, and this actually isn’t the first message we’ve gotten about it. A lot of people wanna know "WHAS Up" with the lights, and if there is a plan to get them fixed.

I touched base with the Kentucky Transportation Cabinet (KYTC) since they’re the ones responsible for keeping the Watterson up and running.

First of all, they say they are aware of the lighting issues. They’ve been getting reports of lights being off in locations all around Louisville.

According to Andrea Clifford at the KYTC, The Kentucky Transportation Cabinet is a state agency. All twelve highway districts across the state have a limited traffic budget. District 5 (based in Louisville) has requested additional funding through our central office in Frankfort and have been told no additional funding is available at this time.

Many of the locations where we have large outage issues are due to older wiring which is from the I-264 (Watterson Expressway) widening or I-65 widening, which means it is 30+ years old.

The fact is, the Jefferson County lighting system is old and the faulty circuity and wiring have been giving them trouble for years. It's especially temperamental in the winter when water seeps into the conduit, freezes, and shorts out the electrical system.

So, if they know about the issue, why don’t they get the lights fixed and back on? They say it all comes down to cash.

"Most of the lights are 10-20 years old and are being replaced, instead of simply replacing a bulb. Each LED light costs approximately $300. Long term we will save money on the electric bills since this type of light will last 10+ years. However, there is a higher cost up front. Clifford says.

"Working on these lights takes time. Our traffic section’s electrical crew is comprised of four people that handle the highway lighting for eight counties. They troubleshoot, pick up knocked down poles, replace bulbs, install heads, install poles, pick up supplies, etc. The major repairs to the electrical system (conduit work, replacing wiring and lights/poles) is performed by our electrical contractor. All of this work is funded through our traffic budget.

The traffic budget isn’t big enough to fix all of the lighting issues popping up in one year, so they’re going piece by piece as they can. Right now they’re working on I-264 between Bells Lane and Riverpark Drive, and they’ll get to the area between Bardstown Road and Preston Highway as soon as they can.