Pop songs: What makes them so catchy?

What do Bach, Beethoven, and Taylor Swift have in common? No, it's not a joke. A little music theory can help us unlock the magic of pop music. 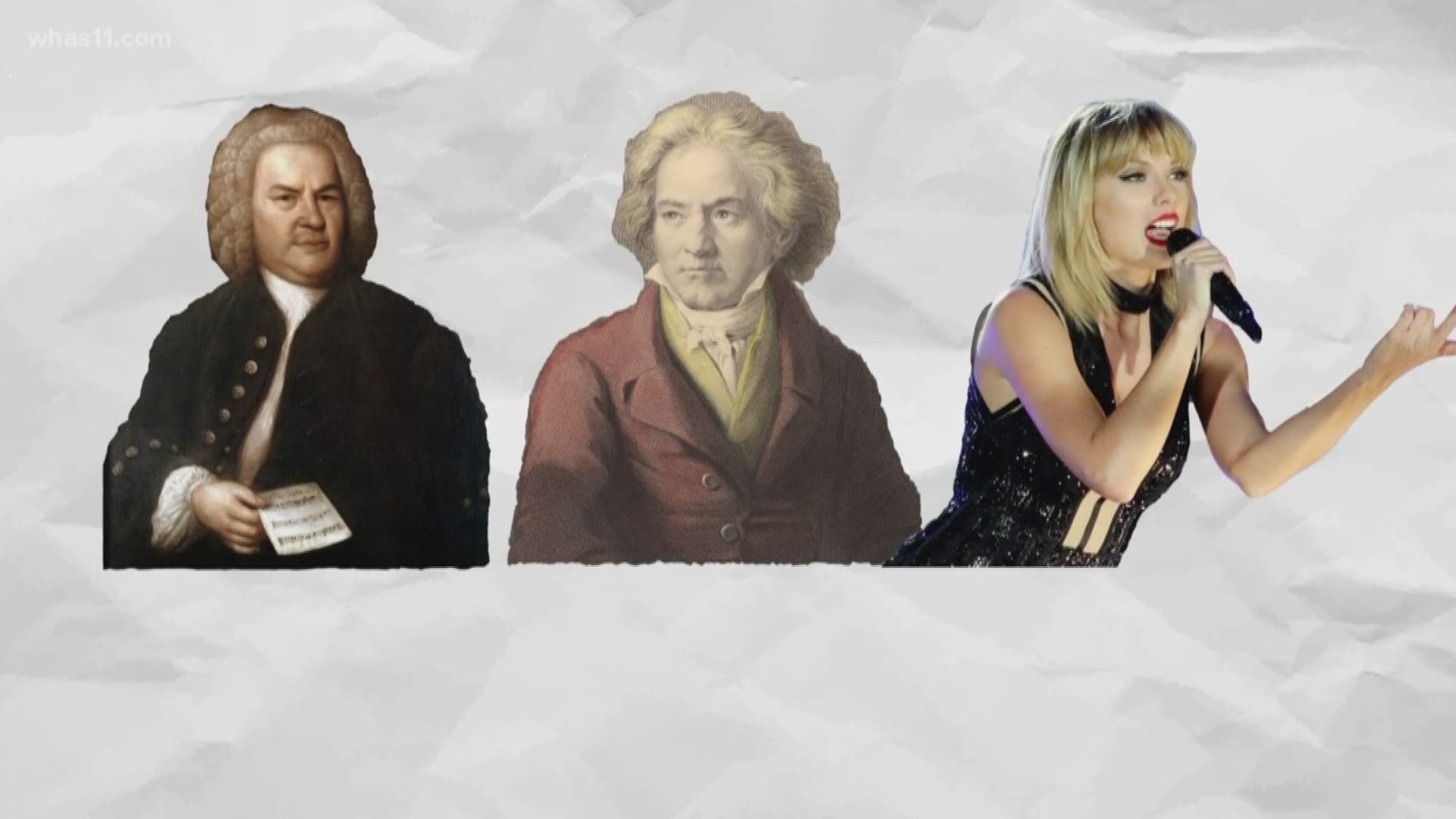 LOUISVILLE, Ky. — It’s that time of year. Music artists are dropping their newest tracks, hoping that they will dominate the charts and become THE song of the summer. So, the question we’re diving into today is: what makes pop music popular? Is there a recipe to hit songs that gets us to break the repeat button every single time it comes on?

To find out, we’re chatting with David Borman, III. He’s a musician, a music teacher, and an associate conductor with the Louisville Civic Orchestra.

“Most music, even pop or classical music, is made up of melody and harmony,” Borman explained. “And that harmony is built up of chords… most of these songs are built off of four chords."

He is not kidding. Chances are your favorite song is built around chords 1, 4, 5, and 6 (or I, IV, V, and vi, if you’re a musical whiz). Case and point: this awesome and hilarious mashup of every pop song known to man:

So, why are these four chords in particular SO satisfying to our ears? Borman says it has to do with the musical concepts of tension and release. Chords 6, 4, 5, play off each other, and all want to “resolve” (musical lingo that sorta means “take us home”) back to the 1 chord. We, as humans, LOVE having our emotions toyed with (tension), but we want to feel relief and have a well-rounded story (release).

“There’s no requirement for listening to music, and every single person who has a set of ears can identify wrong notes and right notes for the most part,” he continued. “And, everyone who listens to music can be brought joy and peace, and by understanding music I think we get to explore that joy and peace on a deeper level.

“I think it’s so funny when people say they don’t have ears for music… We hear music from the time we’re born until way, way late in our life, so we’re always listening and we’re always understanding what you’re listening to. Even if you can’t put words to it. Your brain is really smart that way.”

Have a question or topic you want him to check out? Send him a tweet or a Facebook post. Stay up-to-date with WHAS Up on the WHAS11 app. (For Apple or Android users).