Is there an unmarked police vehicle with California plates?

An unmarked car on I-64 had one viewer asking questions and it turns out that car's legit. 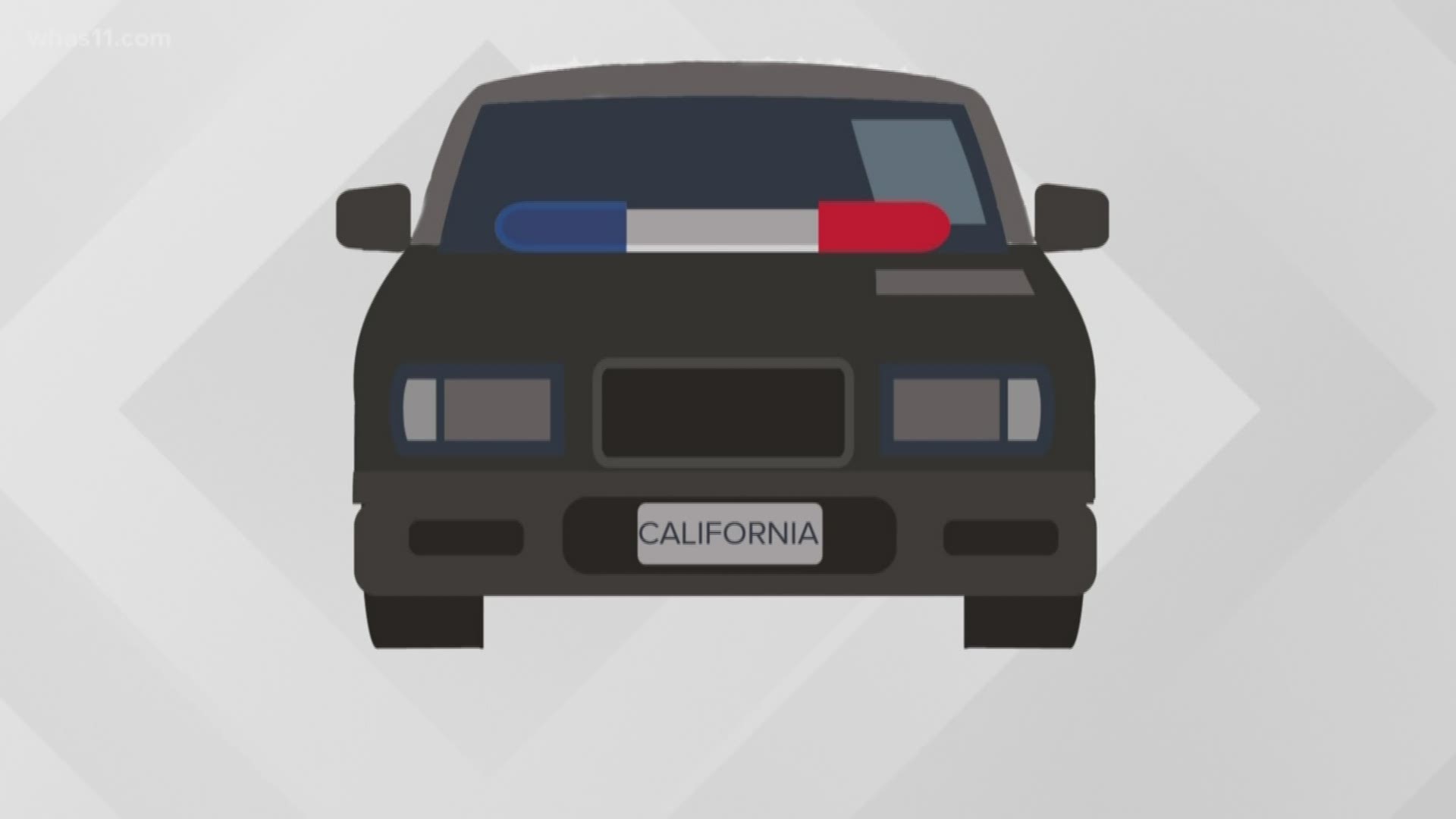 LOUISVILLE, Ky. — This #WHASUp topic comes for a viewer named Bruce. He says he was driving down I-64, when he saw an unmarked car with police lights on, doing what seemed to be traffic patrol.

The part that sketched Bruce out, though, was that the license plates were from California. A long way from home, it would seem.

So, I touched base with LMPD to see what I could learn. While I wasn’t able to confirm this specific incident that Bruce was writing about, LMPD told me they do in fact use some unmarked cars with out of state plates in their patrols. It ups the ante on the whole “incognito” thing they’re rocking.

Point is: if someday you’re ever driving, and you look up to see flashing lights and an out-of-state license plate in your rearview mirror, that is not necessarily a sign that you’re being pulled over by a fake cop. Having said that, LMPD said they always want people to feel safe—that’s kinda their thing—so you’re always welcome to call 911 and request that a marked car come meet you if you’re feeling uneasy about it.

RELATED: Why do health studies always seem to contradict each other?

RELATED: The lights on the Watterson will be fixed...eventually