Is the Jeffersonville Fire Dept. backing a candidate for city council?

There's a sign on Veterans Parkway that has people asking: "Wait...what?" If it looks like the department is playing favorites, that's not the case. 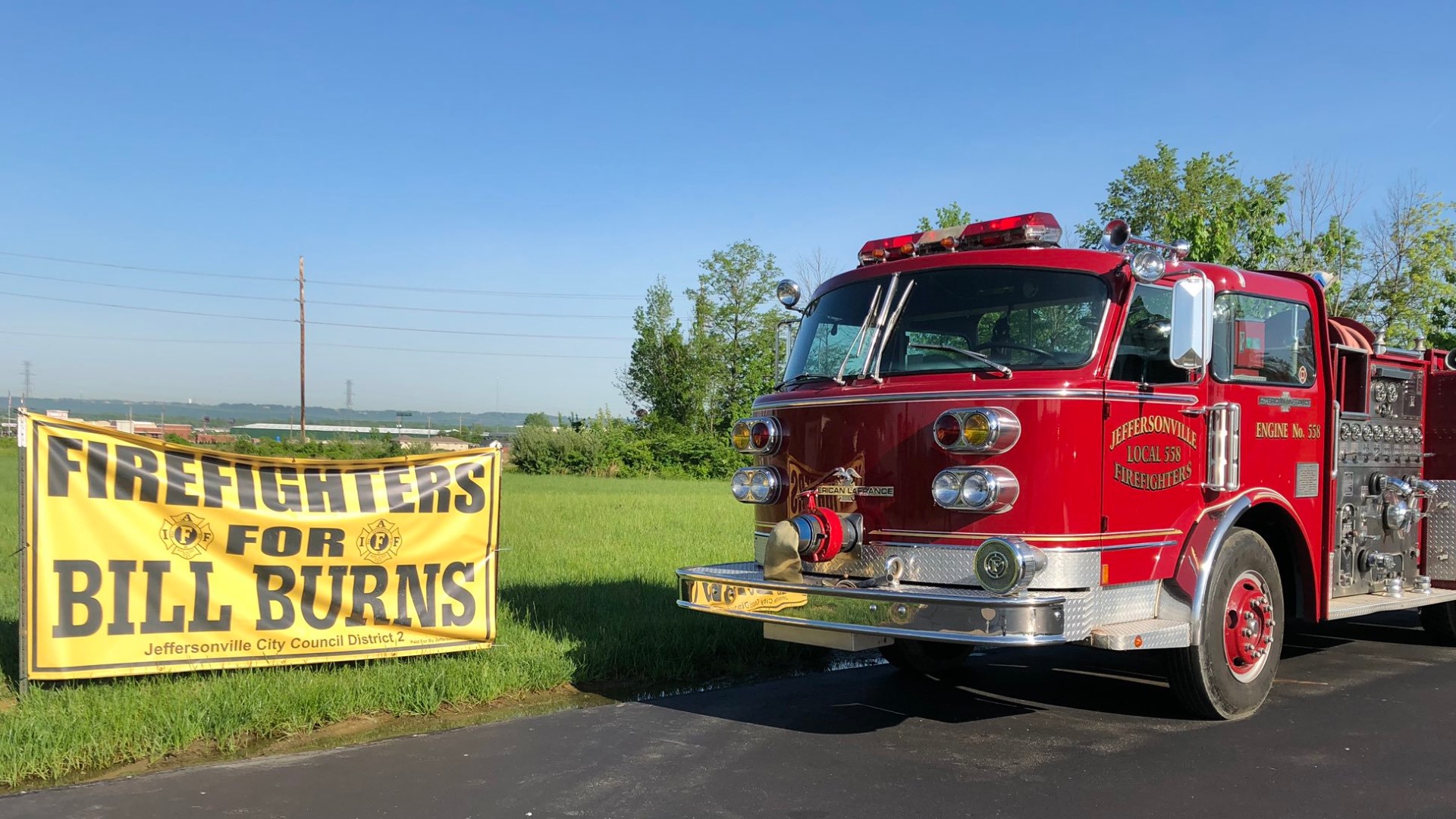 WHAS11 has a new app, download it now: We've redesigned our app for your phone and tablet, with new features like personalized weather alerts and live video.

That’s a direct quote, and you know it.

The reason you, and many online, may have had this reaction is because you’ve passed this fire truck on Veterans Parkway, next to a ginormous sign endorsing a candidate for city council. The follow-up question, being, of course: “Are tax dollars being spent to set up a public fire truck to play favorites in the elections this year?”

“The question being asked is: ‘we see this fire truck on the side of the road. Why is Jeffersonville putting their fire truck out here politically?’ We’re not,” Ames explained. “The Jeffersonville Fire Department’s apparatuses are only for the use of the fire department. The union has a truck on the side of the road and is endorsing a candidate. It’s not a city asset. It is not a department resource. It’s a decommissioned fire truck that literally only drives.”

Alright, so now you may be wondering: how does the union decide which candidates to back? Well, we heard from Joe Hurt, president of the Jeffersonville Firefighters Union. He told us that they are not a partisan body, and make their decisions based on specific pledges from candidates that they believe would help them in their day to day operations as civil servants.

If you're planning on voting in the May 7 primary election, you can find out more information here.