Can the president use the military to stop protests?

President Trump threatened to deploy the military to help police during protests. Through the Insurrection Act he can, but there are some caveats. 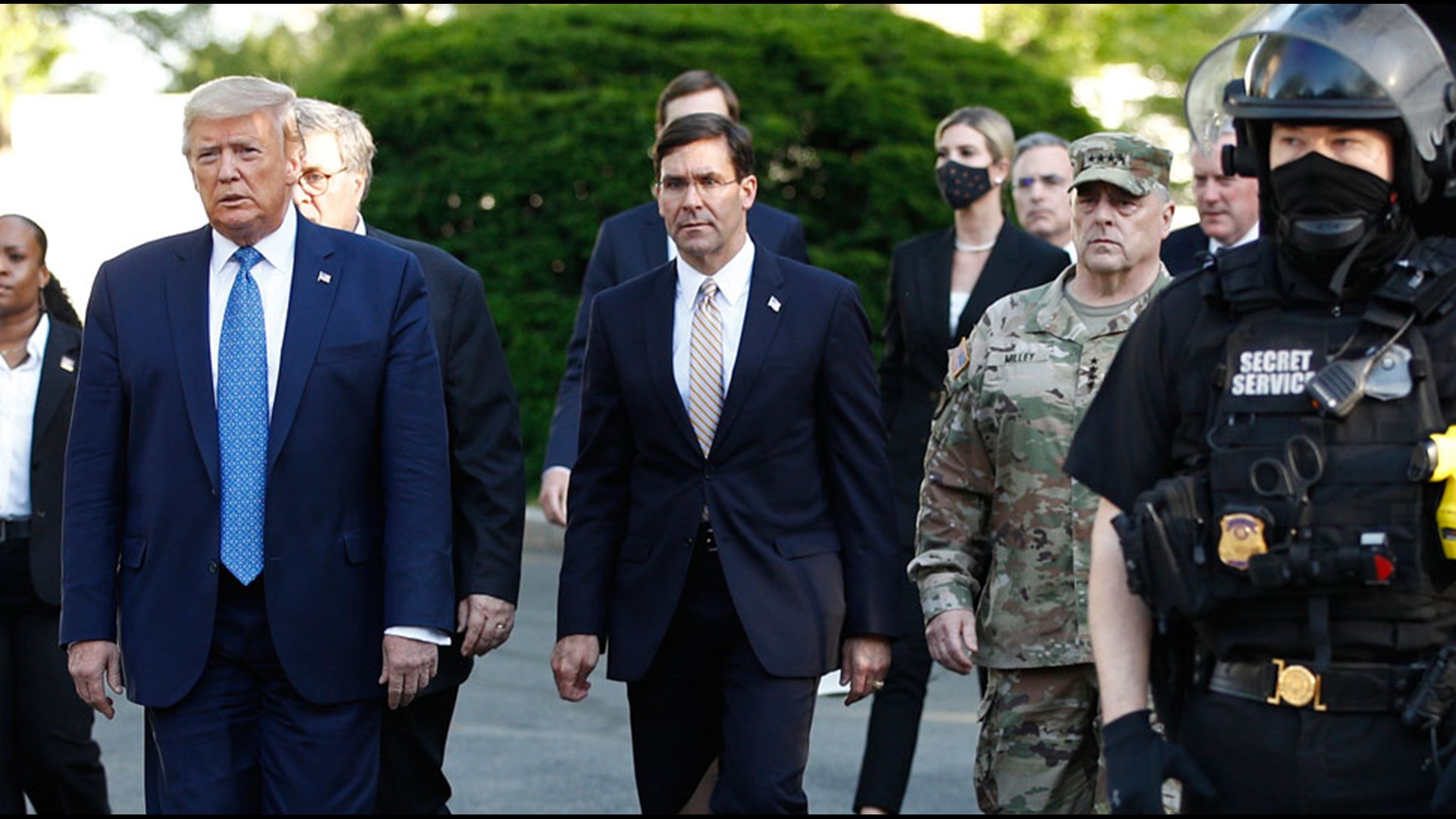 The National Guard has been deployed in several states—including Kentucky and Indiana—to help police during protests. President Trump, however, has threatened to go one step further if there is continued destruction by deploying the military in American cities.

“If a city or state refuses to take the actions that are necessary to defend the life and property of their residents, then I will deploy the United States military and quickly solve the problem for them," Trump said on Monday.

Since that address in the Rose Garden, the AP has reported that he has backed off the idea as protests have calmed down. Still, this has many asking: can the president actually send military troops into cities and states to act as law enforcement?

The answer is (probably) yes—but, there are a few caveats and hoops to jump through.

President Trump—by definition of being president—is the commander-in-chief of the armed forces, per our constitution. Given that, he is in charge of the military. However, there is an old law in the United States called “Posse Comitatus,” which says the military cannot be used to enforce laws within the country unless it’s “authorized to by the Constitution or by an Act from Congress.”

As it turns out, there is an “Act from Congress” that the president can cite here. It’s called the Insurrection Act of 1807 (yes, it really is that old). It gives the president the authority to send the military into states if they’re unable to maintain peace on their own, or if they’re defying federal law.

We’ve seen instances of both in our history. In 1992, California Governor Pete Wilson requested that President George H.W. Bush send in military help during riots following the acquittal of LAPD officers who brutally beat Rodney King. And, when southern states were refusing to integrate schools in the 1950s and 1960s, President Eisenhower and President Kennedy sent in troops to protect black students and ensure they were given the right to attend school. This deployment was legitimate because the states were in violation of federal law.

There are two important ingredients in those examples that are (so far) absent here. In the first, the governor of the state in question (California) requested military help from the president. In the second, federal law was being violated (even when looters infiltrate a protest and cause damage, they are usually only breaking state laws). That is why some legal scholars are saying that the courts will have to decide the legality here if President Trump sends in the military before a request from a governor.

If the military is to be deployed, the president is required to give the protestors warning through a decree, and give them enough time to disperse on their own. The Insurrection Act also says that deadly force can only be used as a last resort, and should be the minimum necessary to restore peace.