What is a grand jury, and how does it work?

The entire process is done behind closed doors. 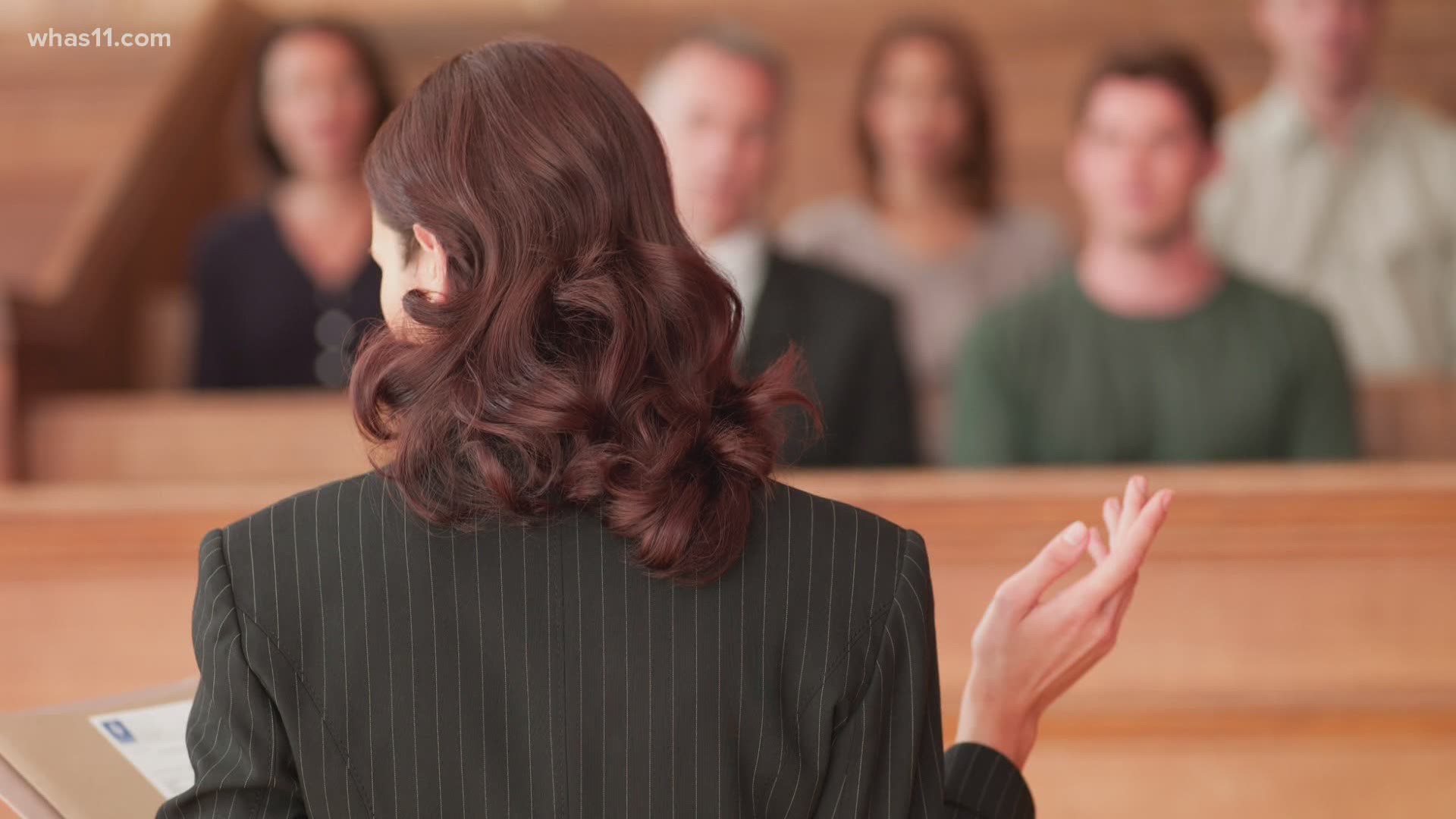 LOUISVILLE, Ky. — This week the grand jury convened to consider charges against the officers involved in the March 13 shooting death of Breonna Taylor.

The case put a spotlight on how the grand jury process works. The entire process is done behind closed doors.

Grand juries have been a thing since before the United States existed.  They were recognized in England as early as the year 1215 in the Magna Carta (sort of like their constitution).  In America, the federal government and each state have their own specific rules and laws for grand juries, but the big picture is mostly the same.

A grand jury looks like the trial jury you might have pictured in your head from court shows you watch on TV, and the qualifications for the jurors on them are the same.

Between 12-23 members of the public (depending on the state) are chosen at random from voting lists or other government sources, and they become the grand jury.  Each must be at least 18 years old, and a resident of the county in which the case will be tried if charges are filed.

A grand jury is different from other juries in its job.  A grand jury does not decide whether a suspect is innocent or guilty; rather, it decides whether or not there is probable cause that a crime has been committed.

According to Kentucky law, a grand jury is made up of 12 people. Those twelve hear evidence that has been collected on a potential crime, and collectively have the power to subpoena documents, records, and witnesses.

The process is entirely secret, with only the grand jury members, the prosecuting attorney, a stenographer, and witnesses summoned allowed in.

After all the evidence has been presented, the grand jury then votes. Nine of the twelve members have to be in agreement in order to indict the suspect (meaning, charge him or her with a crime).

If this happens, the suspect is then tried in court to determine guilt or innocence. The state of Kentucky gives a prosecuting attorney a 60-day deadline for presenting evidence to a grand jury.