For the first time since 1993, the House of Representatives will vote on making D.C. the 51st state. 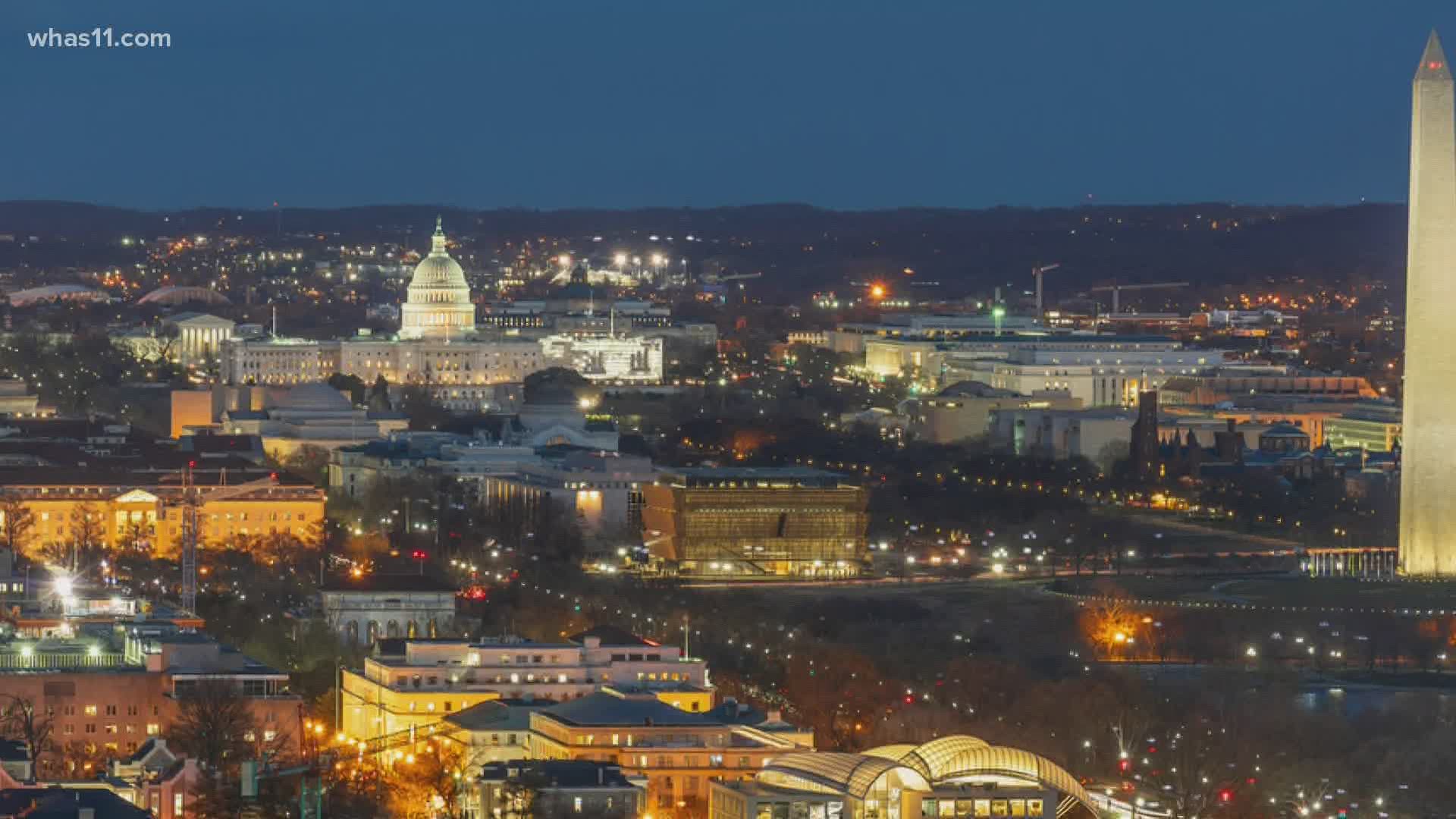 WASHINGTON, D.C., USA — It’s one of the first things you learn in school: that the United States has 50 states.

Since it has such a ring to it now, it can be easy to forget that it has not always been this way. In fact, it’s only been since 1959, when Hawaii joined the Union and became the 50th State. This year, a group of lawmakers is trying to turn 50 into 51 by making Washington, D.C. the nation’s newest state. Democrats in the House of Representatives have made history by passing a bill to make it so.

You might think that adding a state to the Union requires some sort of constitutional convention, or amendment, or something fancy like that, but actually no—a simple bill in Congress will do the trick.

RELATED: DC is now one step closer to becoming the 51st state

“Article 4, Section 3 of the United States Constitution gives Congress the power to create a new state” explained Jennifer Anderson, a political science professor at the University of Louisville. “It says that no state can be created from another state without that state’s permission, but otherwise it's a very straight-forward legislative process. It requires a simple majority vote in the House and in the Senate, and then the president's signature, and then it becomes law.”

It is important to know that making Washington D.C. a state is a little more complicated than other states for a couple key reasons. The 23rd Amendment to the Constitution currently gives D.C. votes in the electoral college, and would therefore likely have to be repealed. And, Article 1, Section 8 of the Constitution says that the nation’s capital can’t be subject to any particular state’s rules and laws. Therefore, a Washington, D.C. state couldn’t actually include the federal government.

“So the solution to that, from Democrats, primarily, is to shrink the size of D.C.,” Anderson said. “So, to leave some smaller entity--which would be the U.S. Capitol and the national mall, and other designated sites—that would become the new government. Then, the surrounding areas which are largely D.C. residential wards would become the new state.”

All of this talk may have you asking: why jump through all of these hoops to make D.C. a state? Well, advocates will point back to the very beginning of our country, and the reason we split off from Great Britain in the first place: “taxation without representation.” Residents of Washington, D.C. have to pay federal taxes, and follow federal laws; yet, they don’t have representation in the Congress that makes those taxes and laws.

“The United States is the only country in the world where the residents of its capital do not have representation in it's legislative body,” said Anderson. “So, ironically, the very issue by which we created ourselves-- "taxation without representation"--still haunts residents of D.C. today.”

Even still, you probably shouldn’t be holding your breath for Washington, D.C. to become a state. Most Republicans (who currently control the Senate) are super opposed to this. Senate Majority Leader Mitch McConnell has said in the past that he would not even bring this up for a vote in the Senate. President Trump has publicly opposed it, too.

“It's well known that Washington D.C. is one of the most liberal places in the United States, and if there were two new senators they would certainly be Democratic,” said Anderson. “I would be incredibly surprised if this passed this session.”