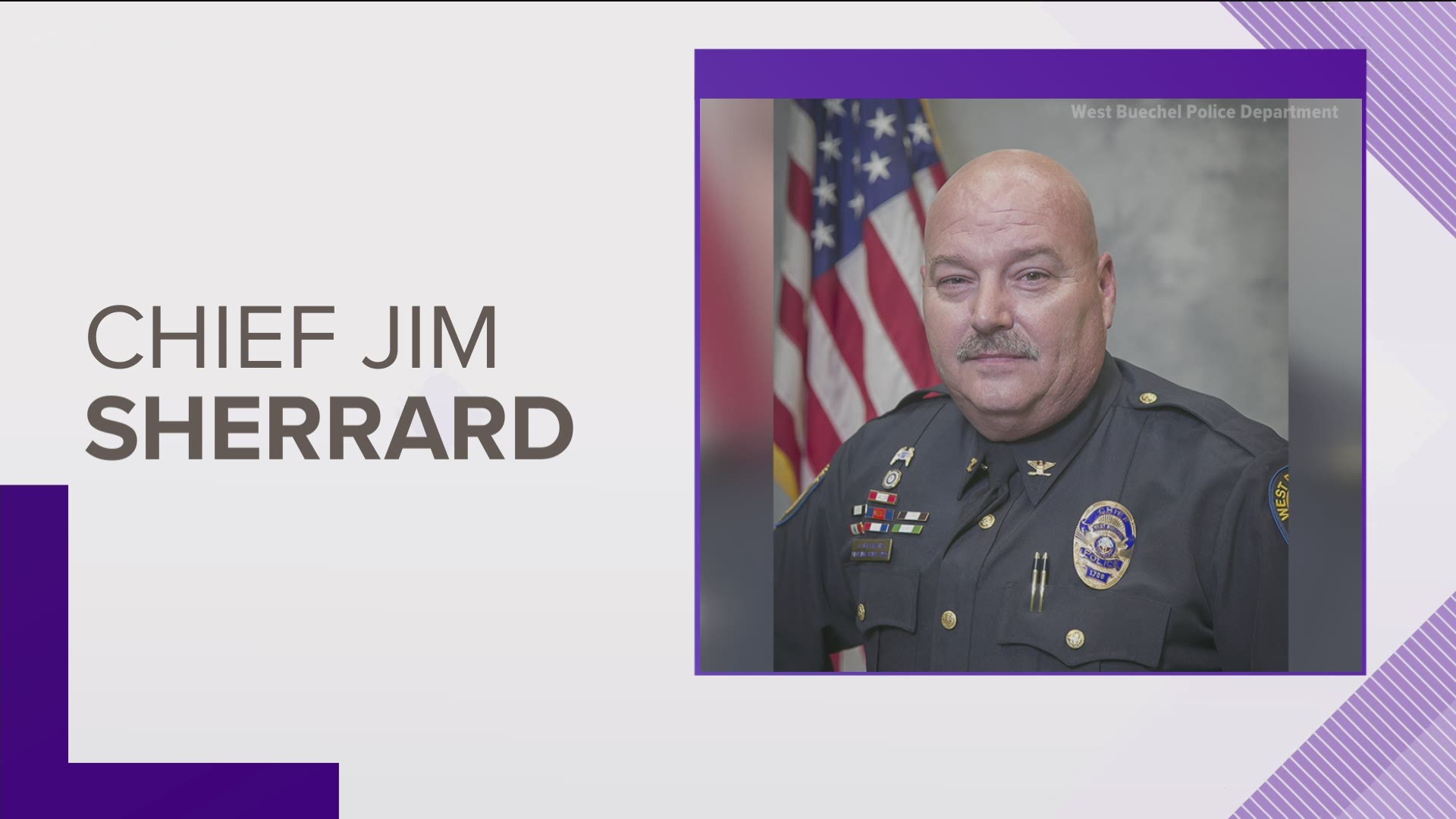 LOUISVILLE, Ky. — West Buechel Chief of Police James Sherrard has been suspended with pay amid an investigation into his actions at the scene of an LMPD shooting.

According to a notice from West Buechel Mayor Brenda Moore, Sherrard drove both he and his wife to the Bashford Manor Walmart following an LMPD chase that ended near the area March 9.

Police said officers attempted to pull over a stolen vehicle near the intersection of Preston Highway and Outer Loop when 32-year-old Darrell Wayne Blake Browning fled the scene. LMPD's Air Unit followed him as he pulled into the Walmart parking lot and entered the building.

Sherrard allegedly left his wife in the cruiser unattended while he went into the Walmart to pursue the suspect. While inside, his wife moved the cruiser from the location he left it in to the scene of the LMPD shooting.

According to video released by Kentucky State Police, Browning left the Walmart through a back exit. An LMPD officer hit him with the cruiser as he attempted to run. Video from the cruiser shows Browning shooting his pistol before LMPD officer Michael Crowe shot him.

Sherrard is accused of attempting to influence witnesses at the scene by saying "this will never be discussed" once it was discovered his wife moved his vehicle to the shooting scene.

Moore said Sherrard will be suspended with pay through the completion of the investigation. If the allegations are sustained, Sherrard could face termination or other disciplinary action.

RELATED: Man charged with murder after shooting at Wing Station in Shively