Factory workers we interviewed said conditions at Appliance Park are dangerous, while the company said safety is a top priority. 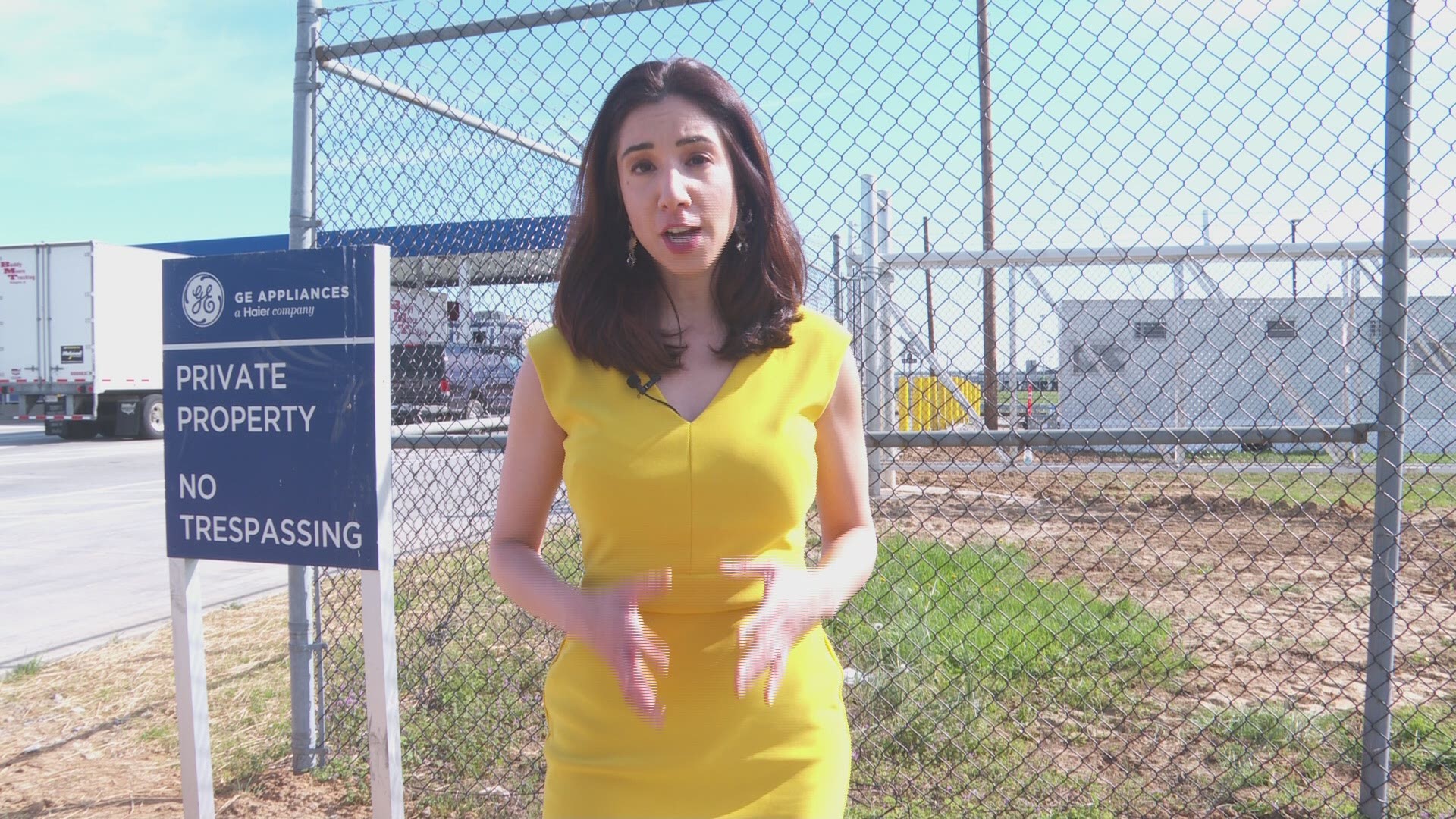 LOUISVILLE, Ky. — One of GE Appliance Park's five manufacturing buildings is back open after being closed for two days when they reported a probable, but not confirmed case of COVID-19.

Despite the company’s efforts to disinfect amid COVID-19, dozens of factory workers said conditions are still dangerous. One worker, Casey Sturgeon, said it’s so bad, he’s considering going on strike.

"We’re not life-sustaining," Sturgeon said. "I know they say that we are...your life doesn’t depend on a dishwasher."

Still, Sturgeon is back on the job. He works inside the same building that was closed when an employee showed possible coronavirus symptoms.

GE Appliances, a unit of China-base Haier, said they disinfected the area, but Sturgeon said he's still worried about possibly contracting it and passing it on to others--especially his mom.

“I don’t know what they cleaned," Sturgeon said. "She has preexisting conditions. So if she gets this, it could kill her."

He said his company has replaced shower curtains with plexiglass, but the glass still does not fully protect them.

“The plexiglass doesn’t even come down as far as it needs to," Sturgeon said.

He also said he now has cleaning solution and hand sanitizer at his workplace, something that was not previously there. Still, he said he's not satisfied.

“In the restroom in my area, we only have one working sink," Sturgeon said.

In an email, a spokesperson with GE Appliances said “assertions that any unsafe conditions exist in Appliance Park are unfounded.” The company said they have enforced social distancing, more rigorous cleaning, and have been providing protective equipment for employees, like masks.

Sturgeon and others interviewed said they would rather have those masks given to those on the front lines, though President Donald Trump's administration is encouraging Americans to wear face masks or makeshift coverings in public.

“They don’t want to use what the hospitals need," Sturgeon said.

State Rep. Kevin Bratcher (R) said he has gotten over 200 calls over the last few days from factory workers at GE Appliance Park, worried about conditions.

“They’re very upset," Bratcher said. "And I just hope it’s not a catastrophe."

Earlier this week, he wrote a letter to the president of GE Appliances, asking he “cease regular operations... until the current state of emergency lifts."

That same day, the president of the union representing workers at Appliance Park wrote in a letter to members: "I will be exploring the possibility of taking a park wide strike vote in light of the company's unwillingness to respond to this crisis," he wrote.

Sturgeon said he could see a strike happening, saying every day on the factory floor feels like a risk.

“All of your really high up people, they’re all working from home," Sturgeon said. "They’re not really listening to us."

Factory workers said they believe the virus could spread rapidly in the conditions where they work. GE Appliances said the person who showed probable but not confirmed signs of COVID-19 is being quarantined, and anyone who shows symptoms should immediately report them to their site's medical team.