For the first class of sixth graders at DuBois, it’s a constant conversation. 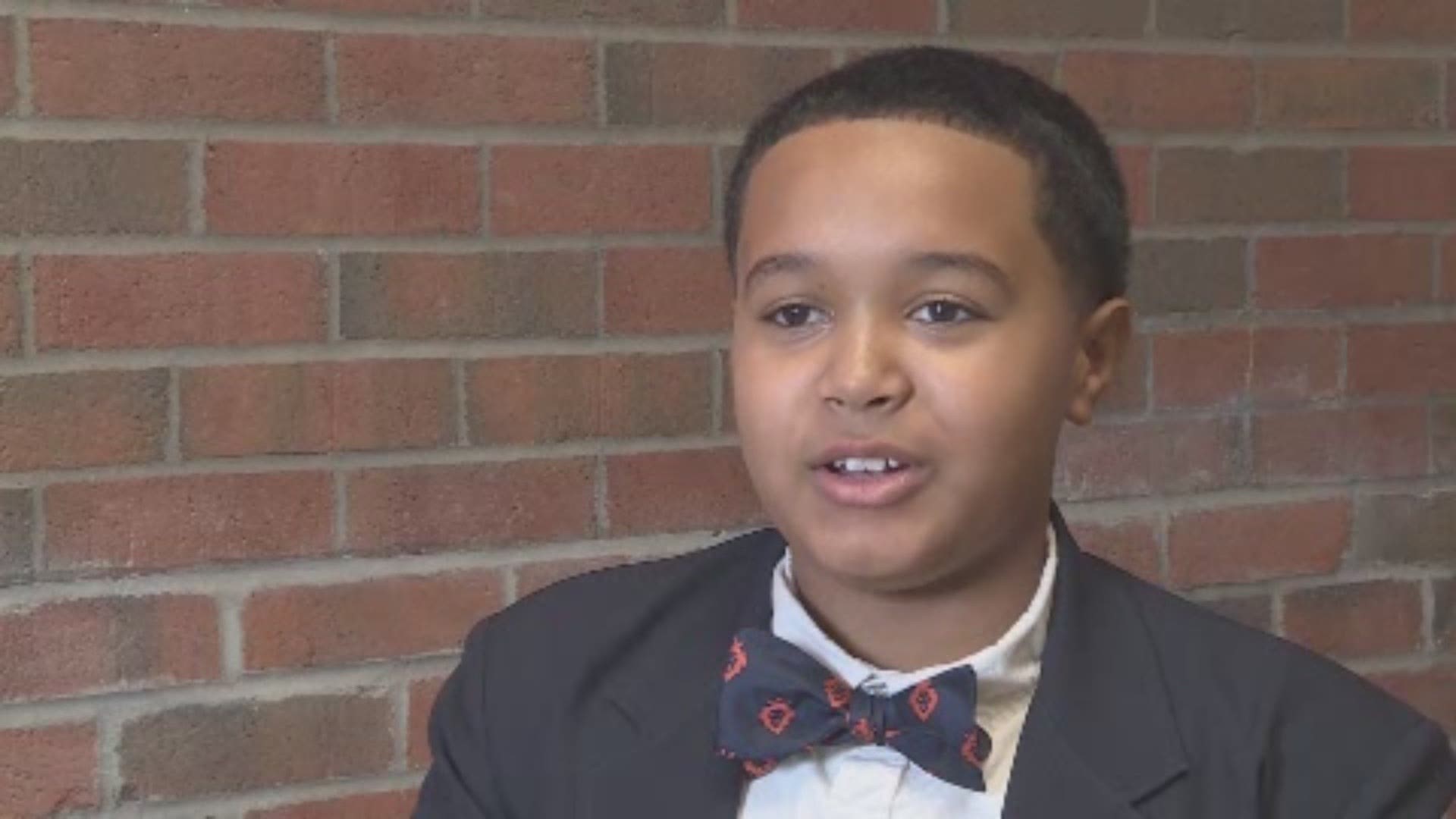 LOUISVILLE, Ky. (WHAS11) - February may be Black History Month, but it's a year-long celebration at W.E.B. DuBois Academy. It weaves African American culture and heritage into every aspect of the curriculum.

The school is very proud of its commitment to a curriculum full of culture, but Principal Robert Gunn said it's all part of a much larger picture.

"As we go through this experience, they are constantly asking us questions. I think they're starting to get a little glimpse or a little hint that they are making history here in our city,” Gunn said. "Black History Month shouldn't just be in the month of February, and not just black history. We have students here who are white, Latino, and mixed-race backgrounds. So, it's not just African American or black history here for us. We're making sure that our students get the lenses and experiences of various people throughout the history of not just our country, but the world. It's important that our students point out and know that there were more than just students or people who looked like them fighting for the rights of everyone on this country. It's a really cool experience. We're just thankful for the opportunity. I think so often the narrative about young men, especially young males of color, is that they're not able to achieve academically and some people actually have that belief about our young men. So, it's nice to be able to push back and kind of write our own story and define our own narrative of what it means to be a young male at the DuBois Academy and show success."

For the first class of sixth graders at DuBois, it’s a constant conversation.

"It's not just learning about black history in one month. We learn about it every day. So, we're able to appreciate it and how much they've done with so little. If we have so much, then how much we can do with it,” Caden Baker said. "It's a great opportunity. If you get the chance, then take it."

"It just gives me confidence that I could be a better person when I grow up,” John Kerr said.

Shawn Hughes didn’t know much about the school until his mom had him apply last year. He said it’s been a great decision from day one.

"She wanted me to go here because she felt like it was going to be a great experience of how to be a young lion and a young gentleman and how to treat other people right,” Hughes said. "It's been a great experience."

The school's motto “one pride, one brotherhood” takes those lessons of leaders past and promotes the examples they set every day.

"If someone is failing or needs help, you help them no matter what,” Kerr said.

"In this school, we're able to love one another as a brother, as our own,” Baker said. "I feel like I've become a better man. It feels like I'm special, and I mean something."

The school plans to add one grade at a time and eventually wants to be both a middle and high school. It's currently in one of the buildings at Male High School, but will hopefully move into a permanent location soon.