Salon owners and stylists say they are state-certified for sanitation and are asking Gov. Greg Abbott to reconsider his order that keeps the businesses closed. 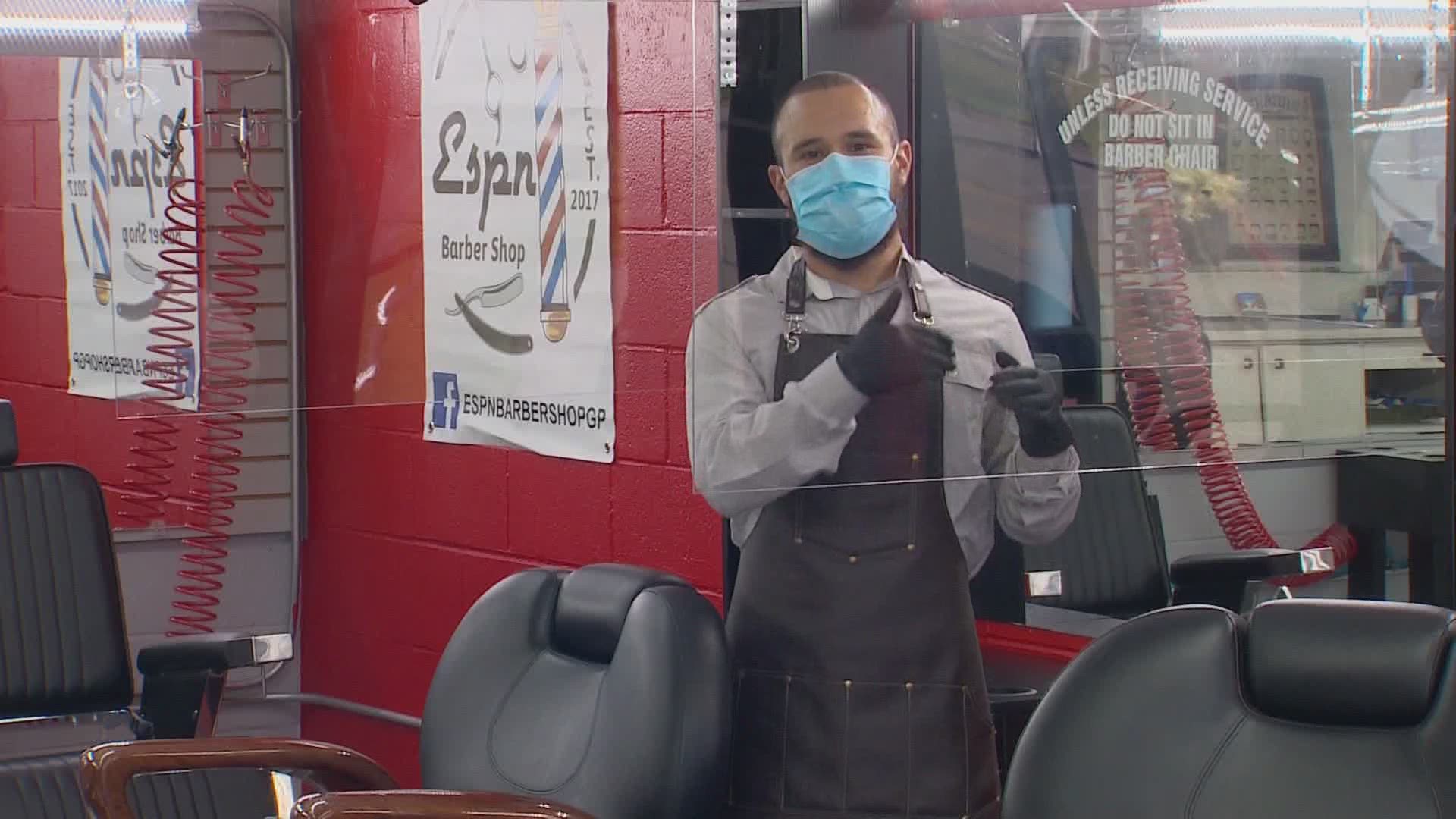 GRAND PRAIRIE, Texas — Genaro Medrano tries not to count the days since he was required to close his Grand Prairie barbershop due to the COVID-19 pandemic.

Last week, he was ready to hear about Gov. Greg Abbott's plans to reopen businesses but was disappointed to hear that salons, like his Espn Barbershop, must remain closed.

Abbott has allowed restaurants, retail shops, movie theaters and malls to reopen at 25% occupancy. Occupancy will gradually be increased, but the governor did not say when barbershops and salons could reopen.

He and others with United Barbers created a petition to plead their case.

They want elected officials to know their sanitation standards, along with new standards that they plan to implement. At Espn Barbershop, Medrano installed plexiglass between each station, and all chairs were placed six feet apart.

"We can ensure that we can work based off appointments only, dealing with one customer, knowing that we can disinfect and sanitize before and after each and every customer," Medrano said.

Medrano confirms all licensed barbers and cosmetologists are certified in sanitation protocols and follow the rules closely.

The Texas Department of Licensing and Regulation requires the use of barbicide, which Medrano describes as a hospital-grade sanitizer that kills viruses.

Francisco Mujica, who owns Texas Elite Barbers, said he is an instructor in his industry.

"Every day, we teach sanitation," Mujica said. "Hopefully Greg Abbott is able to work with us if he thinks things need to be changed in order to keep everybody safe."

Mujica said they are willing to go above and beyond.

RELATED: Here’s what is reopening in Texas as Phase 1 begins Friday

"No matter what we do, we are always going back to sanitation. So we are just confused as to how grocery stores can get so packed, but we can't keep open our safe environment," she said.

In Granbury, which is southwest of Fort Worth, about 300 people gathered in protest with Mary Pike.

Pike has owned Blushes Salon/Spa for 37 years. She has different rooms for massage therapists, hair stylists and nail technicians.

Credit: Mary Pike / Courtesy photo
Protesters gather on May 2 in Granbury asking for the Texas governor to allow salons and barbershops to reopen.

"Everybody is state-certified in sanitation. Why are we not allowed to open?" Pike asks.

She has 19 employees who have been out of work for more than a month, and she is sad that they are suffering.

Despite her frustration, Pike said she won't violate the rules.

"Because if the TDLR can take their licenses, I'm not going to do that," she said.

She hopes the governor hears her message.

Credit: Mary Pike / Courtesy photo
Protesters gather May 2 in the Granbury town square to call on Gov. Greg Abbott to allow businesses, including salons and barbershops, to reopen.