While they aren't getting paid, chefs in Louisville, Lexington, and Indiana want to make sure that those affected by the government shutdown get fed. 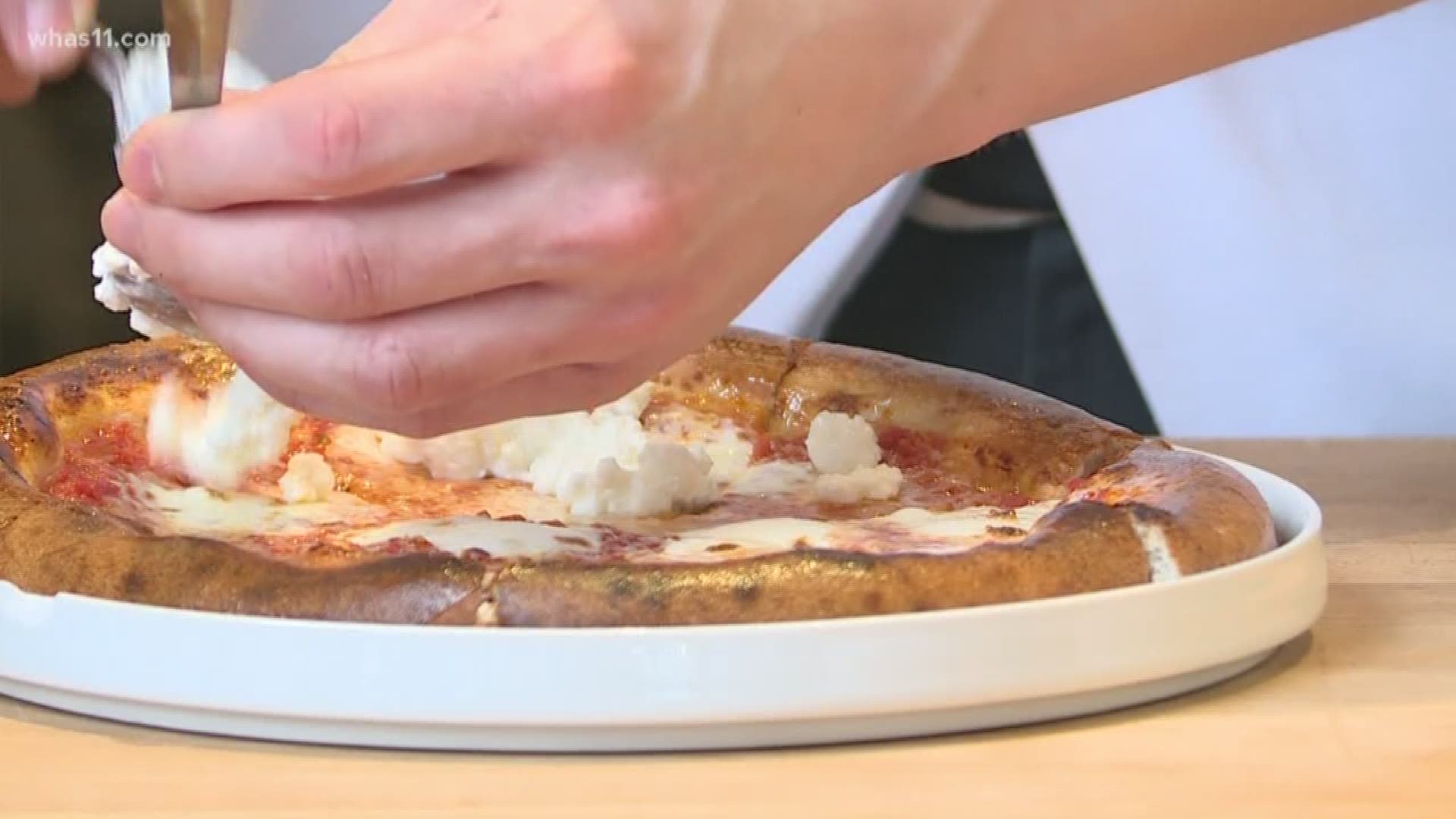 LOUISVILLE, Ky. — (WHAS11) -- As the government shutdown enters into its 26th day, some federal employees are starting to feel the strain from the lost income.

While they aren't getting paid, chefs in Louisville, Lexington, and Indiana want to make sure that those affected by the government shutdown get fed.

Restaurants participating said it's about much more than just giving a free, hot meal. They said federal workers play an important role in everyday lives. For as long as the shutdown lasts, they're wanting to let federal workers know "we've got your back."

More than the food on the plate, it’s about neighbors helping neighbors.

Greene is the general manager of the Louisville Marriott downtown, which also includes Porch Kitchen & Bar. The restaurant is offering an “All-American” breakfast to federal workers Monday through Friday during the entirety of the shutdown.

"We are all Americans before we're democrats or republicans and reaching out to our neighbors and those folks that are being impacted by this is meaningful,” Greene said. “We understand where you’re at and we can help a little bit. So please come in, enjoy breakfast and share a coffee, share a conversation."

The restaurants stepping up said they just want to help the community because they know the shutdown is having an effect on people locally in Kentuckiana.

“It really is impacting people. That individual that works there, but also their family, their children, the things they are trying to do to be successful in their life,” Greene said.

Ryan Rogers agreed, saying, “Unfortunately we’ve got federal employees who have been put in the middle of a fight, a political fight and it’s really unfair for them and their families.”

Rogers is the owner of Bar Vetti, which is part of the group of restaurants banding together with the sentiment “We are all family in Kentucky.”

"We hope that everybody can come together despite political differences they have, enjoy a meal and break bread together. And that's really what restaurants are about,” Rogers said. "We just want to make sure we are showing that to our community and our federal workers and employees that haven't gotten the compassion they deserve from our country and our government."

It’s a show of neighbors helping neighbors, something Rogers said the restaurants want to do with the hope it provides comfort and relieves some stress on the federal employees.

"It goes a long way to show them that the community cares and we're behind them in the hopes that we can get this shutdown resolved pretty quickly," Rogers said. 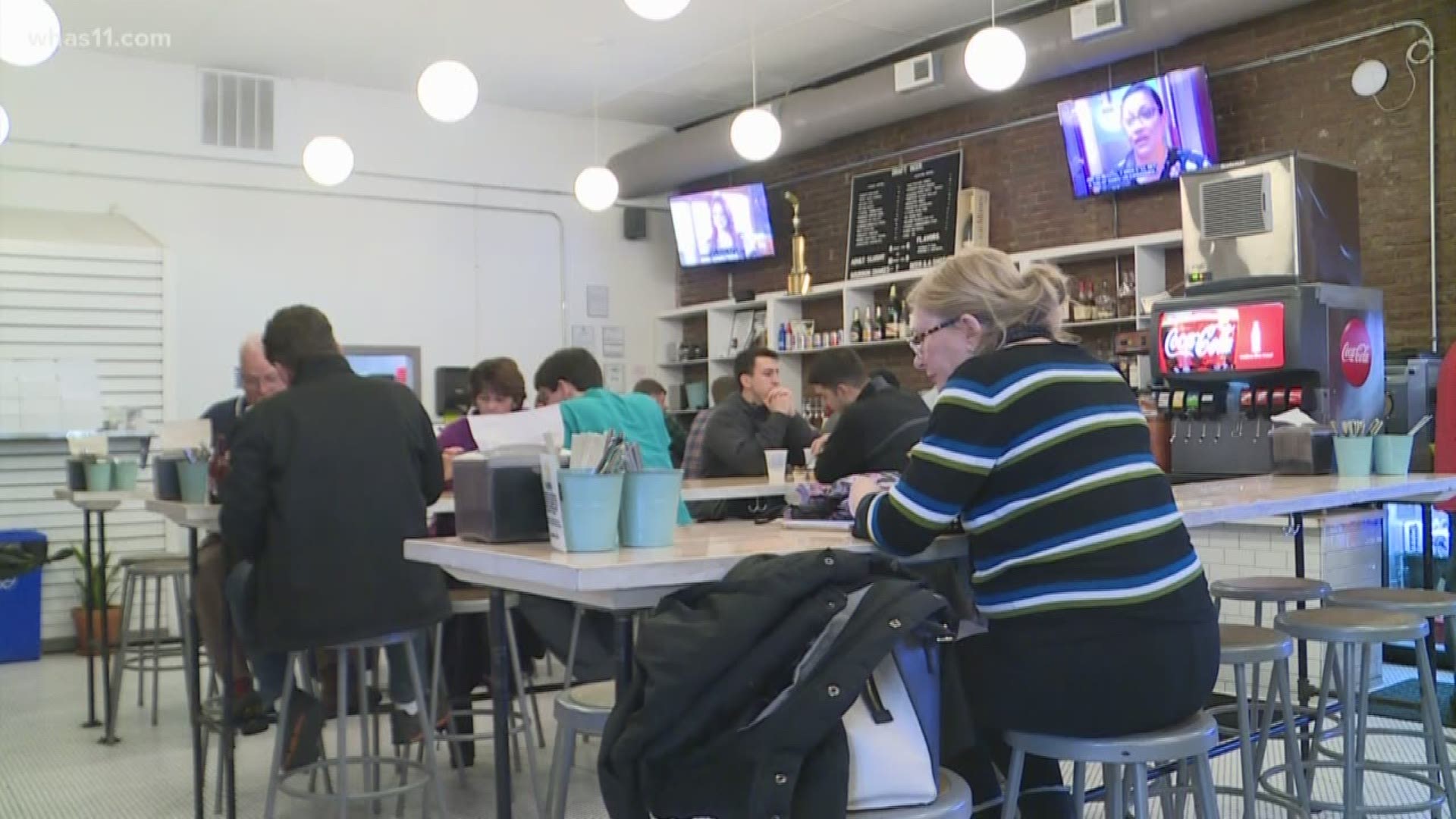 Ben Vivona of Royals Hot Chicken agreed with Rogers, saying several regulars at the restaurant have thanked them for participating.

"They're not just these federal employees, it's these people who come and eat here," Vivona said. "A bunch of people over the phone have been like, 'Yeah we eat here all the time, but thank you for doing this because we're federal employees."

Vivona said they had several to-go orders despite the workers being furloughed.

"We've had a lot of people call to make sure that it's okay that they do to-go orders because a lot of people are still going to work," Vivona said. "Even though they're furloughed, they still have to go in to work."

"In an effort to help the employees of the Federal Government who are not getting paid through the shutdown, a group of restaurants has banded together to provide meals as a show of support and appreciation for the dedicated men and women who keep our community safe.
Together, we strive to be better and to overcome adversity as one community."

Each restaurant just asks that all employees provide a valid federal ID when ordering. The following restaurants are participating:

Chef R. Ryan Rogers is offering free meals at his family of restaurants on Thursday, January 17.

Bar Vetti on S. 4th Street is offering a free small pizza and soup or salad combo from 11 a.m. to 2 p.m.

A meal of chicken tenders, dipping sauce, side, and a drink is available at Royals Hot Chicken on E. Market Street.

Chef Edward Lee is offering a couple opportunities for families at his restaurant 610 Magnolia on W. Magnolia Ave.

On Thursday, January 17, enjoy a family meal with homemade lasagna, salad, and soft drinks from 4 p.m. to 6 p.m. Call to reserve a spot at 502-636-0783. Bag lunches will also be available for pick up during the dinner.

Chef Joseph Phillips is doing the same at his New Albany restaurant Pints and Union on 114 East Market St.

Lexington restaurants such as Zim's Cafe and Wallace Station are also participating in the effort.

Until the shutdown ends this will be available to Federal workers at the restaurant, located at 270 W. Jefferson Street, in Downtown Louisville. Their government ID must be presented.