What's next for Waterfront Park? Fourth expansion phase is underway

The team hopes to raise $12 million in one year to complete the first leg of the project. 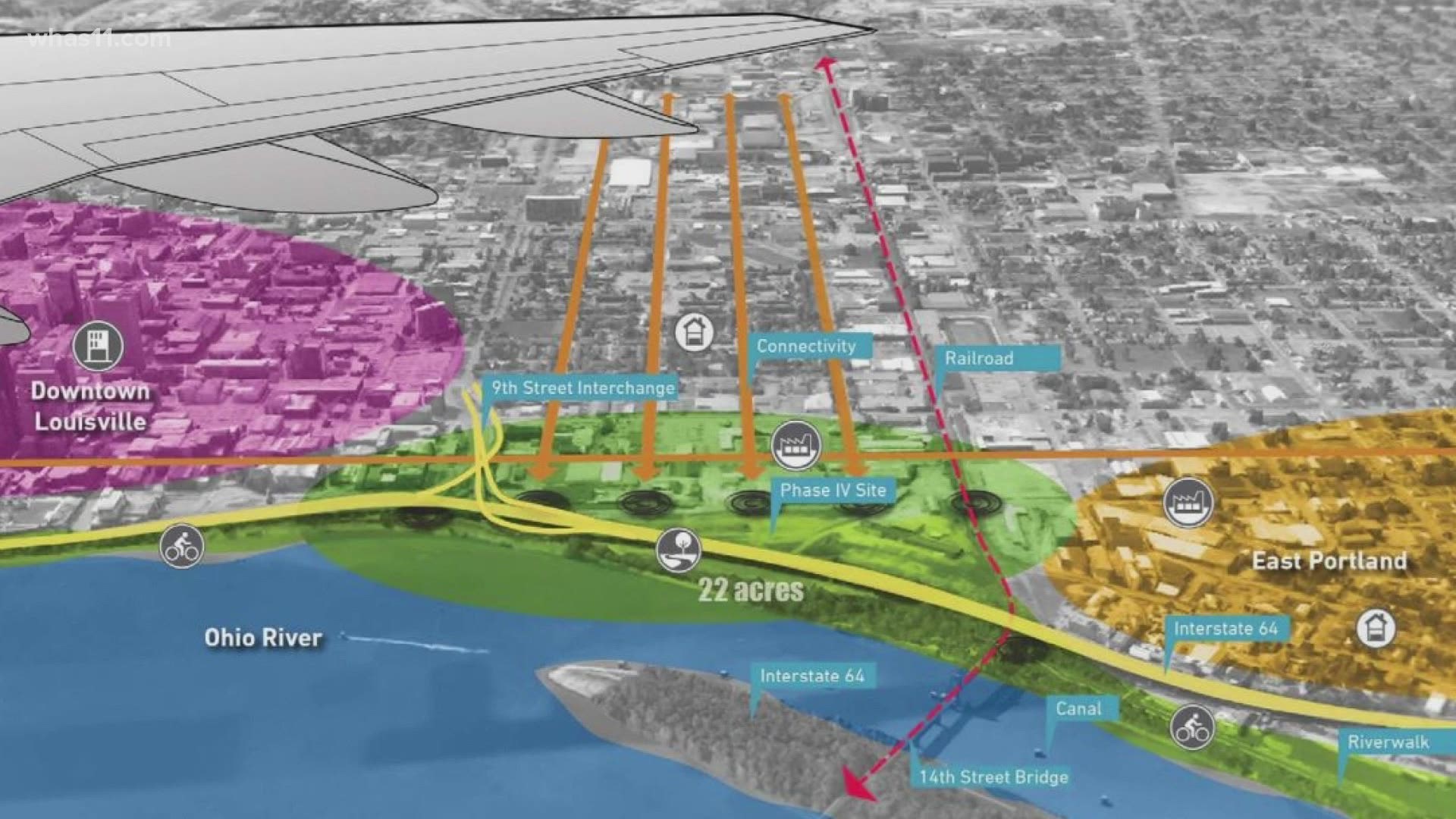 LOUISVILLE, Ky. — Waterfront Park Phase IV has the potential to change downtown Louisville. The 22-acre expansion will expand the park from 10th to 15th St. and connect downtown to West Louisville.

“Something about this river just draws us as humans," said Deborah Bilitski, the president of Waterfront Park.

The Waterfront Phase IV master plan was made in 2014. Bilitski says once complete, the project will give access to almost 13,000 people who live within a 20-minute walk of the site.

Following the completion of the master plan, the team set out to engage the community.

“In 2018, we created a community event where we brought out the community, provided them with building materials, and just said build a park for us. Tell us what you would like to see in a park," Bilitski said.

The project comes with a big price tag of $45 million. The first piece of the project, called PlayWorks, is a collaboration with the Kentucky Science Center and provides full educational fun for families.

“It’s really designed to allow kids to explore, use their imaginations, but also maybe tricking them into learning without realizing it because we’ve incorporated a lot of the science center’s STEM-based learning into the exhibits.”

A completion date for PlayWorks has not been released.

Thie project also includes an event space and other revenue-generating assets. That will cost $12 million and raising that money is the only thing keeping this vision from becoming a reality.

Bilitski hopes her team can reach that goal within the next year. Once the funds are raised and the project is built, she sees Waterfront Phase IV as the next premier spot on the river.

“Going into next year, fingers crossed, everything stays on a good path...I think this will be a great spot for Thunder Over Louisville. I think it’ll be the prime spot for Thunder," she said.

Expansion projects around Waterfront Park began in the late 1990s. The Great Lawn, the Brown-Forman Amphitheater and the Big Four Bridge are all results of different phases of the project.