Peyton Manning is opening a bar in Knoxville, and you know Vol fans will love it!

Saloon 16 will be in the lobby of the new Graduate Hotel. Its name was inspired by Manning's nickname, The Sheriff, and his jersey number at UT. 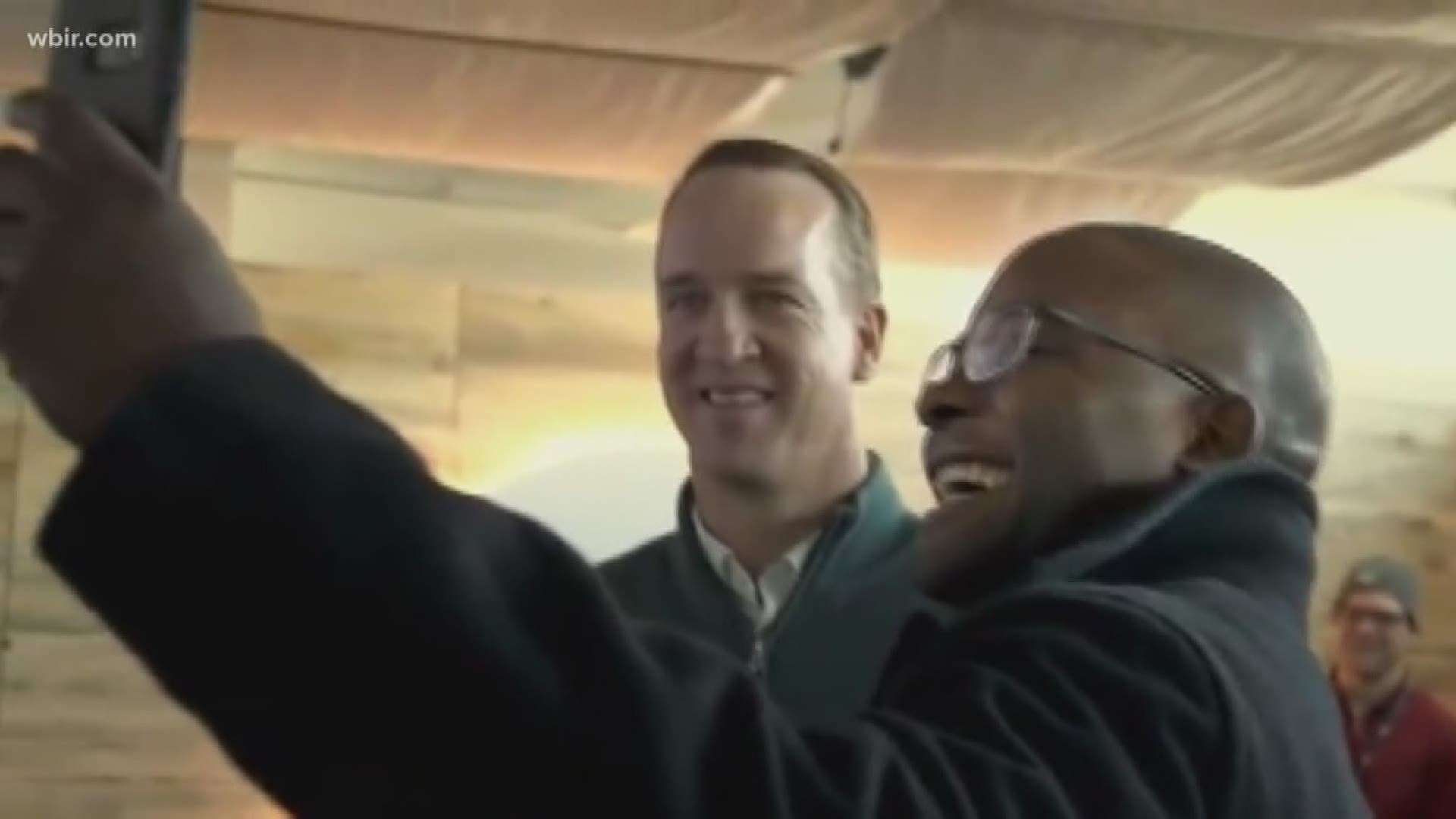 Adventurous Journeys (AJ) Capital Partners has acquired the Hilton Garden Inn, according to a press release, which is currently being operated as the Volunteer Hotel. Renovations will begin in December to transform it into the Graduate Knoxville.

In the lobby of the 112-room hotel will be Saloon 16, a vintage saloon-type bar with a jukebox, dart board, and outdoor dining. Peyton Manning is a partner in the bar, which is named in honor of his nickname, "The Sheriff" and his No. 16 jersey number he wore at UT.

That eatery boasts all sorts of signed memorabilia from the Manning family hanging on it's walls.

Gus's co-owner Aaron Hale is happy to hear Peyton will be opening his own watering hole next door.

"He's been so good to us over time, way nicer than he even had to be," said Hale. "Hopefully it'll be successful and he'll be really happy with it."

Up until last year, he owned 31 Papa John's Pizza locations in the Denver area.

He's also a co-owner of D1 Training gyms in Knoxville and Nashville.

Reasons we all love Peyton Manning:

Peyton Manning is back -- as the 'vacation quarterback'

Peyton Manning recalls why he wanted to come to Tennessee