According to Pleasure Ridge Park Fire, one of seven people on a boat died due to their injuries. Two are still missing, officials are investigating. 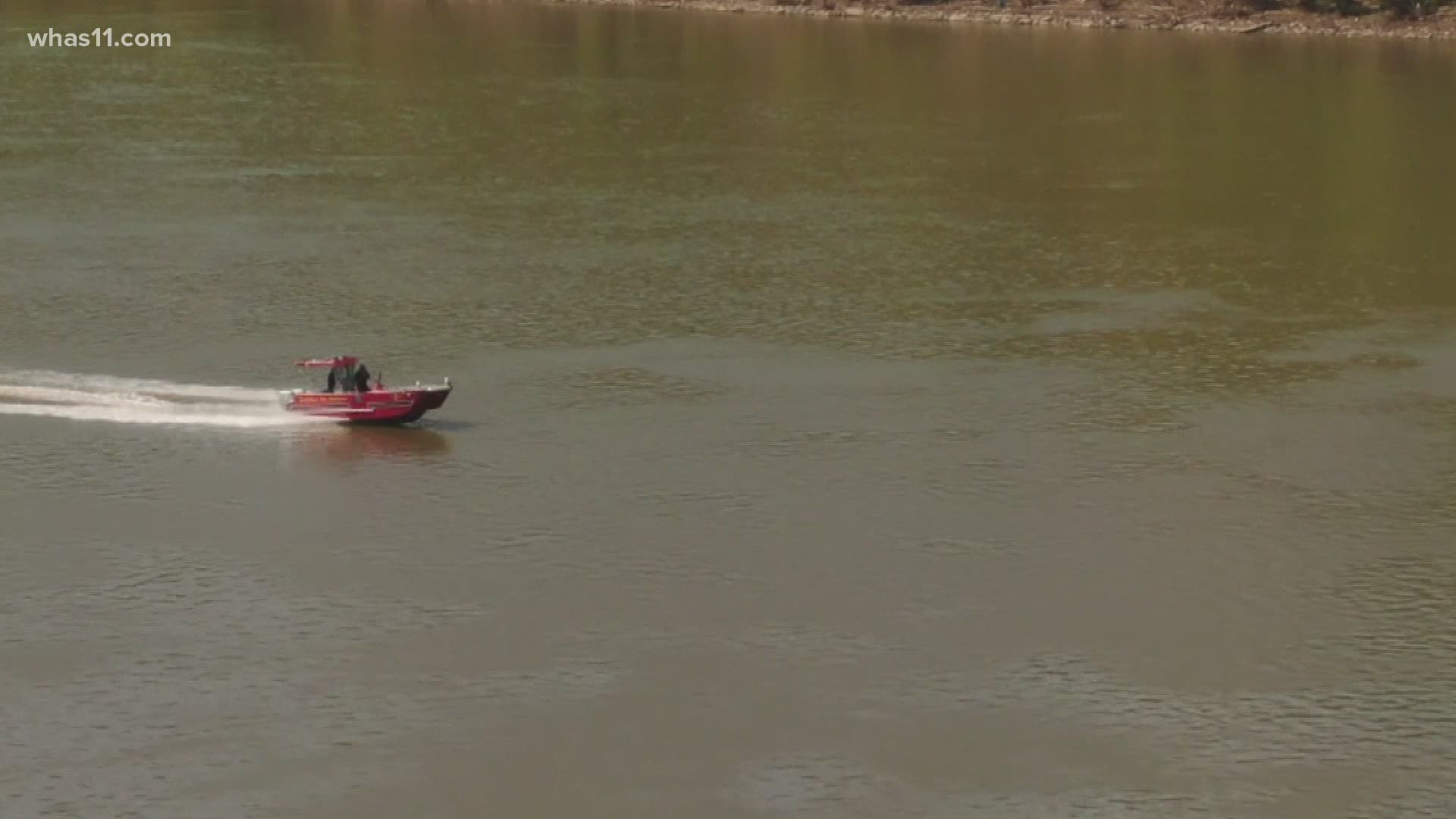 LOUISVILLE, Ky. — Emergency responders continue the recovery efforts for two missing boaters from the Saturday, April 17 crash on the Ohio River involving a barge at the Greenwood Boat Docks.

Crews started the search Saturday night immediately after the accident was reported.

They continue to search each day for the missing boaters.

The Pleasure Ridge Park Fire Department said 7 people were aboard the boat that crashed into a barge, sending all 7 into the river. Five people were recovered from the river, including one, who was transported to the hospital where they later died.

Wednesday, the Jefferson County coroner identified the man who died as 20-year-old Hayden Spencer. The release did not include a cause of death.

It’s unclear if the boat was on the river watching fireworks during Thunder Over Louisville but it was a prime spot for watching since Caesar’s is upriver from that location.

PRP Fire said the cause of the accident is unknown but said they have been reaching out to family members frequently to provide updates.

On Monday, April 19, Marquette Transportation Company released this statement about the accident:

“Late in the evening of April 17th, an incident resulted in a small pleasure craft capsizing near the lead barges of a Marquette tow.

Marquette’s mariners responded quickly and rescued five individuals from the water, who were then transported by local authorities to the hospital.

Our hearts and prayers go out to the individuals and families impacted by this tragic event.

Marquette is cooperating fully with all governmental agencies that are investigating this incident and conducting search efforts.”

“The overall investigation and continued recovery efforts involving the barge vs. pleasure craft is a multi-agency effort including LMPD, PRP Fire, the US Coast Guard and others. From this point forward, LMPD will be the primary contact for inquiries regarding this incident. The investigation into the ‘who, what, why’ is still continuing and we will provide updates when additional information becomes available.”

WHAS11 will update this story as new information is released.