Boats float regardless of the water level, but higher levels come with a higher risk of coming into contact with a bridge or getting caught up in debris. 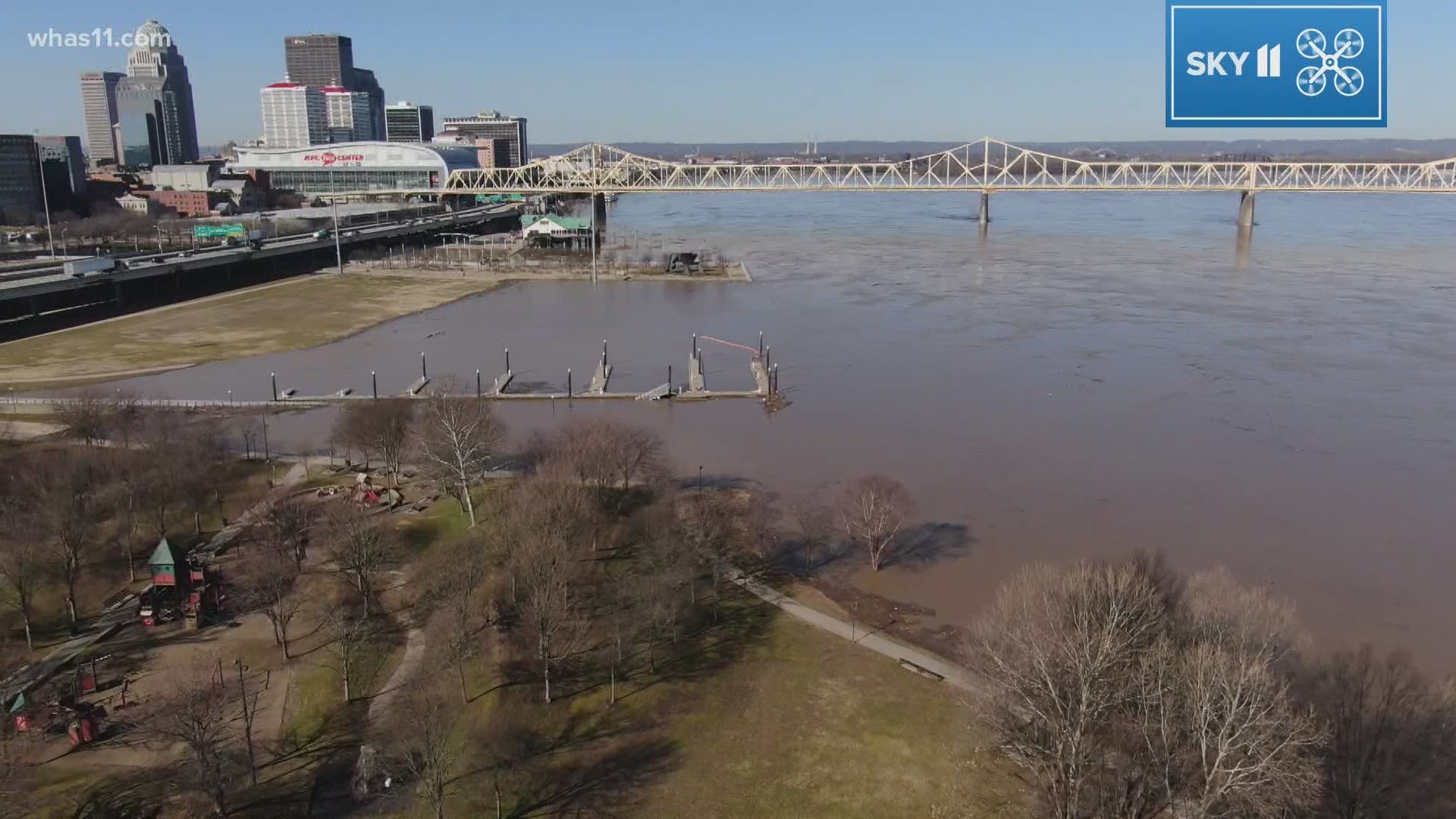 LOUISVILLE, Ky. — "Turn around don’t drown" – it’s a phrase we hear whenever the Ohio River spills over onto roads.

The water levels are low enough now that drivers can just take another road, but operators of a different kind aren’t avoiding the water at all.

Mark Dougherty spent 20 years working as a tow boat captain, traveling down the Ohio, and other rivers too before he transitioned to a manager role shoreside at American Commercial Barge Line in Jeffersonville.

“At one point or another I’ve been about everywhere, from St. Paul down to New Orleans,” Dougherty said.

In his time on the water, he saw river levels rise and fall. High water creates some different conditions for captains.

“The current’s moving a little faster than typical, the margin of error is less,” Dougherty said.

Boats will float on the water, no matter what level it is. But as the water gets higher, the space between the top of a barge and the bottom of a bridge shrinks. Captains have to be aware of what’s called air draft, meaning how high the boat is and how high the bridge is.

Another challenge is debris. If you take a walk along the Ohio River or over the Big 4 Bridge, you’ll see it. Sometimes organic material like branches floats down the river, but also garbage, which can be a danger to boats.

“Drift can be a factor,” Dougherty said. “It can get in your wheels…propellers, it can get in them and lock them up.”

What these boats are carrying are things we use every day like coal, corn, soybeans, or grain. River levels won’t stop them from making deliveries – it just makes those deliveries a little tougher.

“You just have to pay good attention and do good risk assessment,” Dougherty said.