Chad Harper and Jimmy Stone spend their days working more than 24,000 hydrants across the city. They've seen some unusual things but nothing like this. 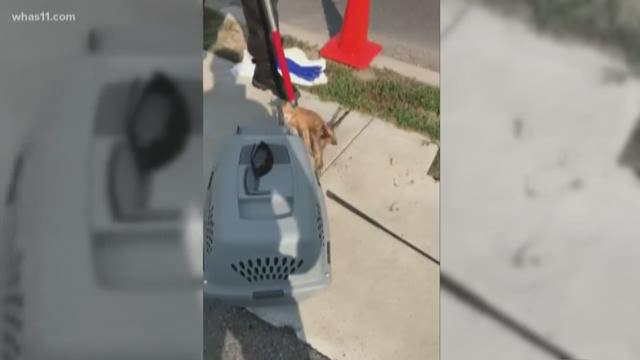 LOUISVILLE, Ky. (WHAS11) – Employees of the Louisville Water Company got an unexpected surprise as they were repairing a broken hydrant in the Algonquin neighborhood.

Chad Harper and Jimmy Stone were working in the 3100 block of Wilson Avenue when they found an orange tabby kitten trapped 5-feet at the bottom of the hydrant.

Metro Animal Services was called so they could use a special tool to remove the kitten.

Spokeswoman Kelley Dearing Smith says when the cat was rescued, it was a huge relief to both workers.

Louisville Water Company says Harper and Stone has worked on hydrants for years and found unusual things including snakes, toys and miniature cars but never a kitten.

Since the kitten was rescued, they think maybe it will have the name of either “Pure Tap” or “Tapper” as an ode to their Louisville pure tap.