To show support, take a photo wearing denim and post it on social media using the hashtag: #CWFDenimDay20. 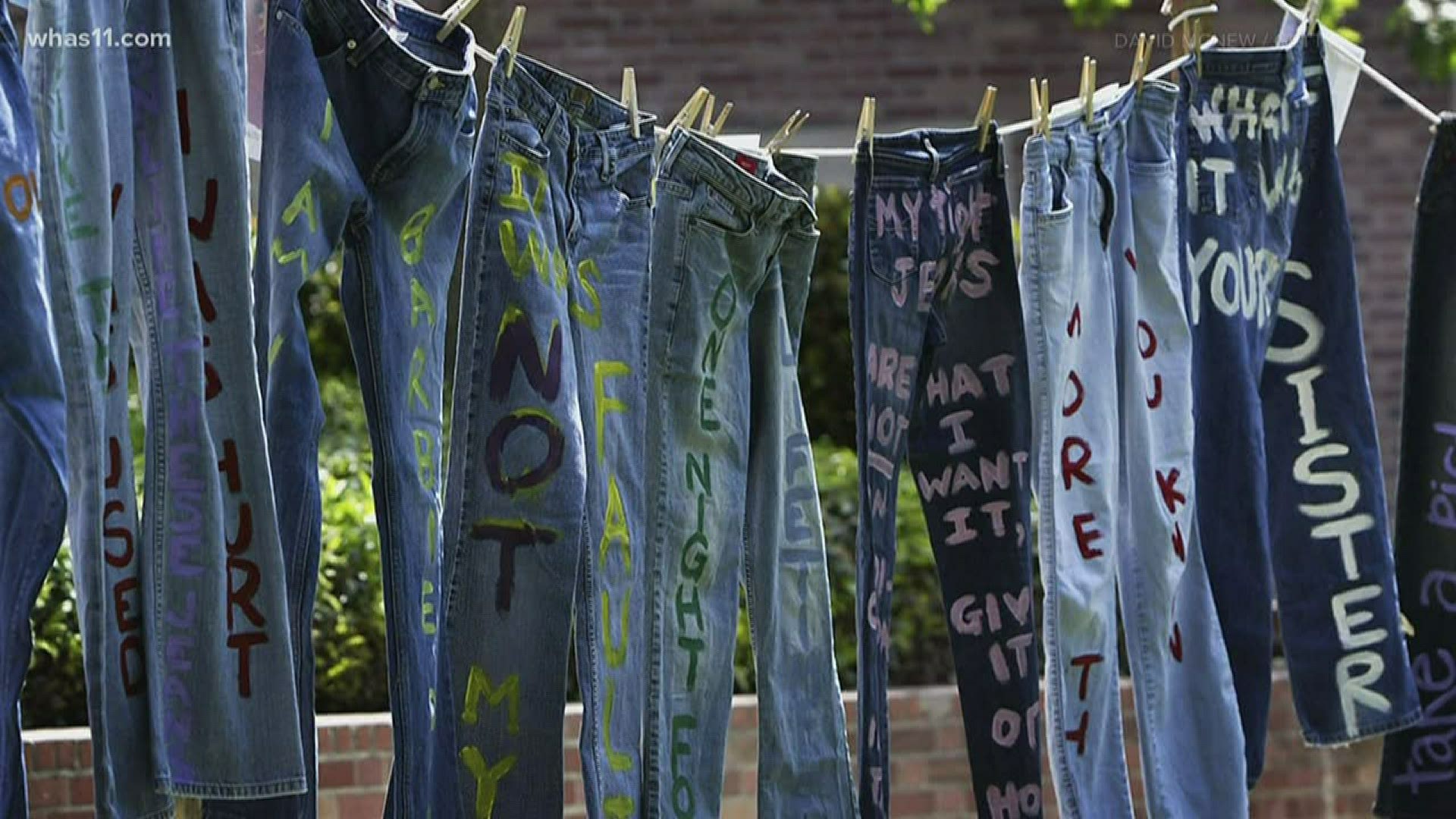 Denim Day is an international campaign to raise awareness about sexual assault.

The Denim Day story began in Italy in 1992 when an 18-year-old girl was raped by her driving instructor. She pressed charges and won her case but after an appeal, the Italian Supreme Court sided with the driving instructor saying her jeans were so tight she had to have helped him take them off.

That decision was in 1998. Enraged by the verdict, women in the Italian Parliament protested on the steps of the Supreme Court wearing jeans.

This protest resonated internationally as members of the California Senate and Assembly did the same in Sacramento. The first Denim Day event was held in Los Angeles in 1999.

On the organization's website, founder Patricia Giggans said: "Twenty-one years ago, we designed this campaign to be accessible for everyone, anywhere who wants to take action to prevent rape and all forms of sexual violence. Millions and millions of people across the world have shown up for survivors by wearing jeans with a purpose."

Angela Cooper has her own story. She was raped by a serial rapist.

The man broke into her apartment and sexually assaulted her. She was his 14th victim before he was caught. He is now in prison and will likely die there, but Angela says her case is rare.

"Survivors of sexual assault and domestic violence very rarely see justice in that way," said Cooper. "It's far too common and it's something we certainly have to do better."

The Center for Women and Families is organizing a local Denim Day campaign to raise awareness about sexual assault. It's easy to get involved. Take a picture wearing denim and post it on social media using the hashtag "#CWFDenimDay20."

You can also donate to the organization through their website.

"We can't do some of the activities we had planned for the day, we still want to share our solidarity on social media," Cooper said.

Angela is a mom and she knows this is a serious topic but it's not just for adults. Every 73 seconds, an American is sexually assaulted and every 9 minutes, that victim is a child.

Originally there were plans to partner with local retail stores and make visits to schools to talk to students about the message behind Denim Day, but the coronavirus pandemic has forced the organization to switch things up.

Although promoting and supporting this awareness has moved online, the message is still the same.