On his third day in office, Beshear signed the executive order to give more than 140,000 nonviolent ex-felons the right to vote. 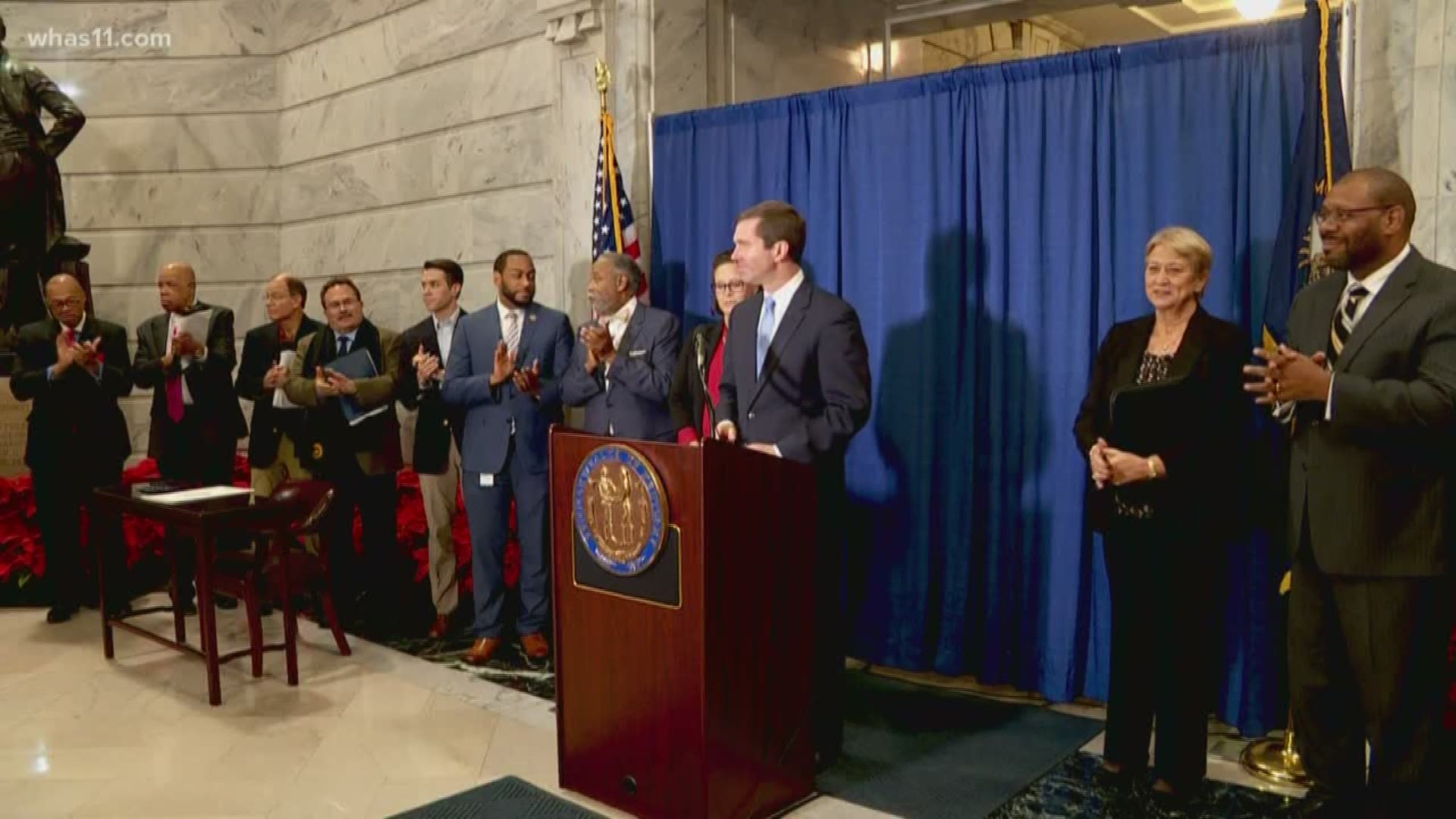 FRANKFORT, Ky. — Thousands of nonviolent ex-felons in Kentucky now have the right to vote after Governor Beshear signed an executive order, as promised on Inauguration Day.

“My faith teaches me to treat others with dignity and respect. My faith also teaches forgiveness and that is why I am restoring voting rights to over one hundred forty thousand Kentuckians who have done wrong in the past, but are doing right now,” Beshear said during his inaugural address.

On his third day in office, Beshear signed the executive order to give more than 140,000 Kentuckians, who have completed their sentences for nonviolent offenses, the right to vote.

“Every citizen who has paid their debt has earned the right to return to full citizenship. To withhold that is simply wrong,” said Justice Mary Noble, secretary of the Justice and Public Safety Cabinet. “The cabinet embraces the executive order and we look forward to assisting those who qualify with the restoration of their civil rights.”

Ron Gomez lost his voting rights 17 years ago after committing a burglary of a store to steal cigarettes, all while on drugs. He attended Thursday's executive order signing and broke into tears.

"I'm a 68 year old veteran from the Vietnam era and I could fight for my country but I couldn't vote when I came back because I made a mistake," Gomez said. "I've come a mighty long ways and I'm not the same person I used to be then so I shouldn't be punished for the rest of my life for what I committed when I was a younger man and when I was on drugs."

Gomez said he hated seeing others go to the polls on elections days.

"My voting rights got snatched from me and I never thought they'd be restored again," he said. "But it's a great day today."

"We all make mistakes," Beshear said during his speech Thursday. "That's why I believe it is wrong. In fact, I believe it is injustice that their ability to fully rejoin society by casting a vote on election day is automatically denied, regardless of the circumstances of their offense or their good work since serving their sentences."

"Kentucky has the third highest voter disenfranchisement rate," Gov. Beshear said. "We should be disappointed. We should be ashamed." 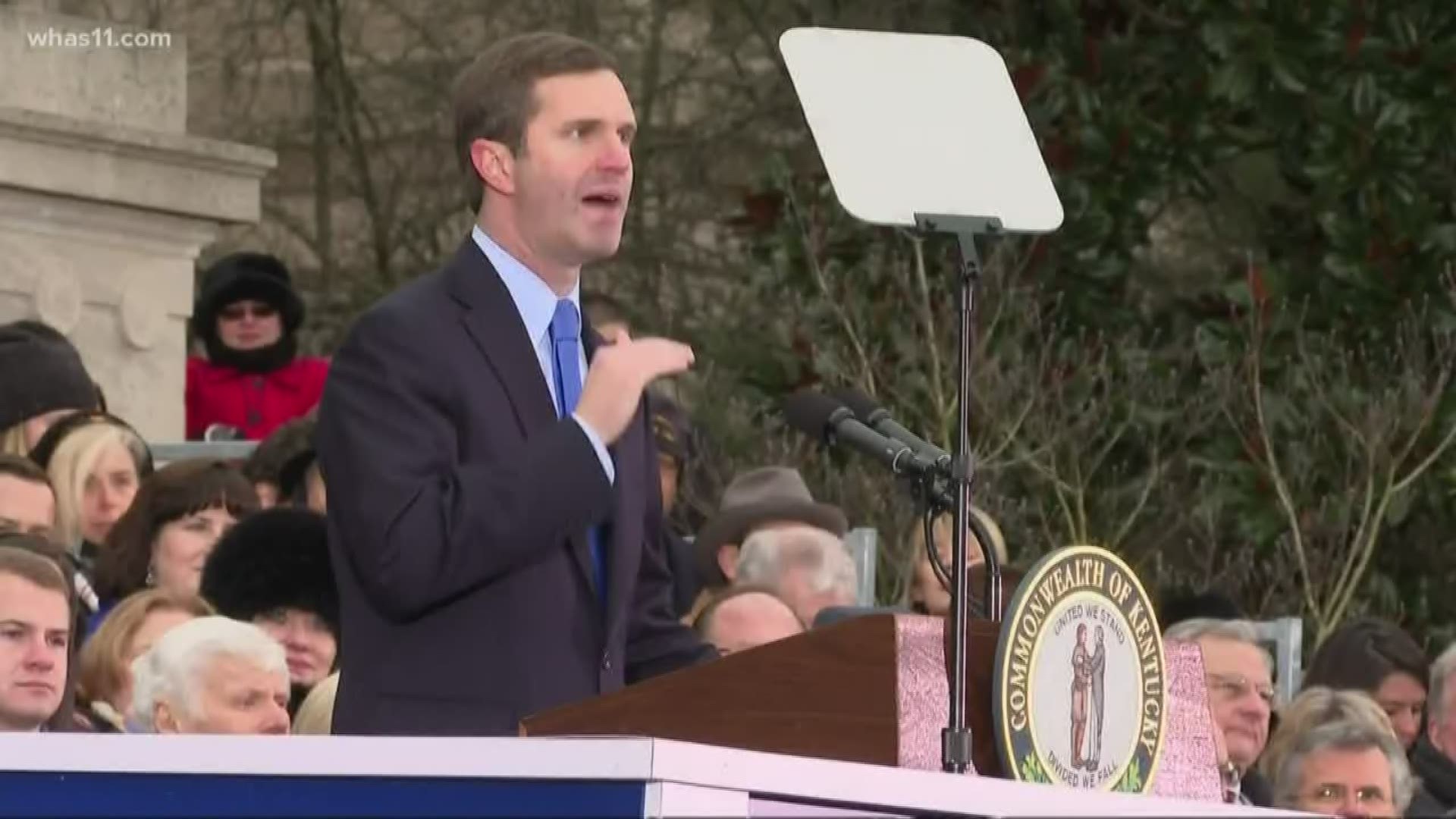 RELATED | From ‘locked out to leading the way,’ teachers show support for Beshear on Inauguration Day