Virginia schools get crafty to maintain musicals in pandemic

Turner Ashby High School in Bridgewater Va. has still been able to perform musicals, despite the impacts of the pandemic, it has been having virtual showings.

As he looks to his last high school musical experience with the same virus limiting the performance to a virtual show, he said it feels surreal, but he's grateful there's a show regardless.

"To end with such a big thing and to be going back into it with the pandemic happening is a little jarring, but it's nice at the same time," Gallon said. "It's comforting to have that still."

It's not every year students are instructed to dance in the hallways and sing in the snow, but as the Valley theater community demonstrates once again — where there's a will, there's a way.

In a tumultuous academic year of virtual classes and canceled activities, theater teachers across Harrisonburg and Rockingham County are sharing resources and methods, imagining inventive means of ensuring young, aspiring actors can depend on one beloved tradition: the school musical.

Traditionally, musical season starts in early spring, but Eastern Mennonite School students were the first cast to stage an early musical in late October. Bringing "Les Misérables" onto a looming wooden stage set on the soccer field under fluorescent lights, an audience capped at 250 people watched from 20 feet away in 8-foot square blocks spaced 10-feet apart. Every night sold out.

Musical director Joy Anderson said the show was originally scheduled for January, but she predicted there would be a seasonal spike in COVID-19 cases in the winter and wanted to "strike while the iron was hot."

"No one knew how long the pandemic would go on, so we held out hope we'd find a way to do it," she said.

During a global pandemic characterized by a virus transmissible through air and surface contact, performing arts are teetering on a thread, limited by the range of aerosols released in projected dialogue and song.

"Setting up a show with all the actors staying 10 feet apart, it almost made me decide not to. That seemed so daunting," Anderson said, but she found a solution in optical illusions. "If you set up a world on a stage, people's brains sort of buy into that world. So, if we set up a world where close was 10 feet and far was 30 feet, that's what the audience would believe."

Bringing the timeless drama outdoors was not as simple as adding sneakers and coats to the costume design list. Local architect Charles Hendricks had two daughters in the production and offered his skills to design a nearly 80-foot stage for the school.

Hendricks faced challenges designing his first stage accounting for outdoor weather, choreography spaced apart on several levels and the time crunch to design and build the stage before opening night.

"It was just amazing to see them come together in this weird, difficult time," Hendricks said. "It's something we all need now even more, the arts."

BROTHERHOOD OF THE TRAVELING STAGE

After EMS wrapped up the show, the temporary wooden structure was transported to Harrisonburg High School, with a few adjustments to extend its lifespan and tweak the design, before students could begin bringing "Elf: The Musical" to life on video before Dec. 16.

On the minimalist stage set up on pavement with students designing their own costumes — with the exception of eccentrically costumed characters like Buddy the Elf — director Ken Gibson said the musical maintains the elements of theater in its simplicity despite being filmed scene by scene on an iPad for streaming.

"Doubt has been a big part of the journey," he said. "We were itching to do something and … we'll probably never have the opportunity to do a holiday show."

After virtual auditions and Google Meet rehearsals, the cast moved outside in mid-November, wearing face masks during rehearsals until the camera starts rolling. Some practices have hit temperatures below freezing, sending snowfall to join the wintry show.

While musical directors are thinking outside the box to bring mellifluous shows to the community, students are jumping through several hoops to be ready for showtime. Several schools are requiring students to sign contracts committing themselves to the show and refraining from COVID-19-risky behavior.

With auditions and early rehearsals online, some actors are also on shorter timelines to nail the script before filming, where they must manufacture their own energy rather than feed off a live audience.

Turner Ashby High School students are rehearsing for a virtual production of "Freaky Friday" over Zoom, a show chosen for its modernity so students can wear their own clothes. Each musical number from the cast and orchestra is being pre-recorded and edited together, and actors will lip-sync through clear masks for the streamed show in February.

Musical director Cecille Deason said the outcome is not as important as the process for the theater troupe this year because it's all a grand experiment, and she wants to keep the experience fun.

Gallon, the Turner Ashby senior, has five roles in "Freaky Friday" and said he's overjoyed that he is able to finish out his senior year with a musical despite the restrictions because he considers the theater ensemble his family.

"We're all going to work really hard to get this done because it's something we all really want to have under our belt by the end of the year," he said. "I'm really looking forward to seeing the show myself. I've never gotten to see myself perform."

Some schools are sticking to the traditional spring schedule for musicals.

Spotswood High School is preparing to perform "Chicago" in late April. According to musical director Justine Mackey, outdoor venues and streaming to private rooms in the building are among the options under consideration if stage performances remain out of the question.

Kate McDonald, musical co-director at East Rockingham High School, said many of the details for the school's spring musical are still unknown, such as show choice, but most costs will cover filming and editing instead of costumes and set.

Broadway High School is embracing the limitations of 2020 and producing four "Jack Tales" folk stories, with about 10 characters each, in April. Costume and music director Kaitlyn Townsend said the department has created several contingency plans depending on what spring restrictions look like.

Spring productions annually persist under the threat of being snowed out or a lead contracting the flu, but musical departments this year are facing the challenges of contagion and translating shows to video in stride.

In the end, Anderson said it's not about when the fat lady sings, but that there was a song to be sung.

"I just cannot overstate how important it was that we did this and how important it is the other schools are doing what they're doing. I've lost count of how many kids and parents have told me this is what's gotten them through," Anderson said. "It was worth all the risk and the work and the headache and the anxiety and cold weather. It was worth it." 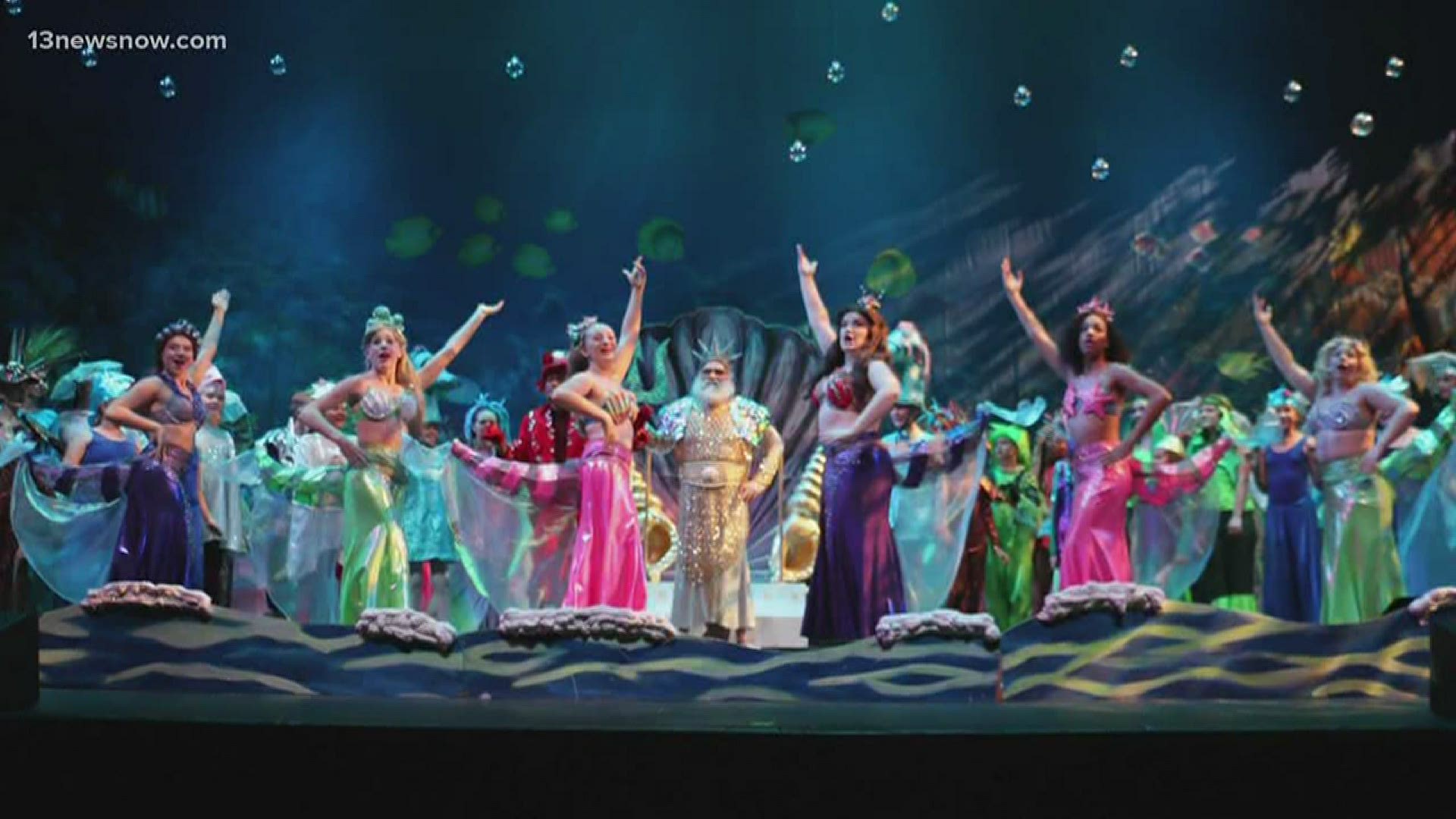