Devon Robinson was described by his brother as energetic and adventurous. His family held a vigil for him in Jefferson Square Park Sunday. 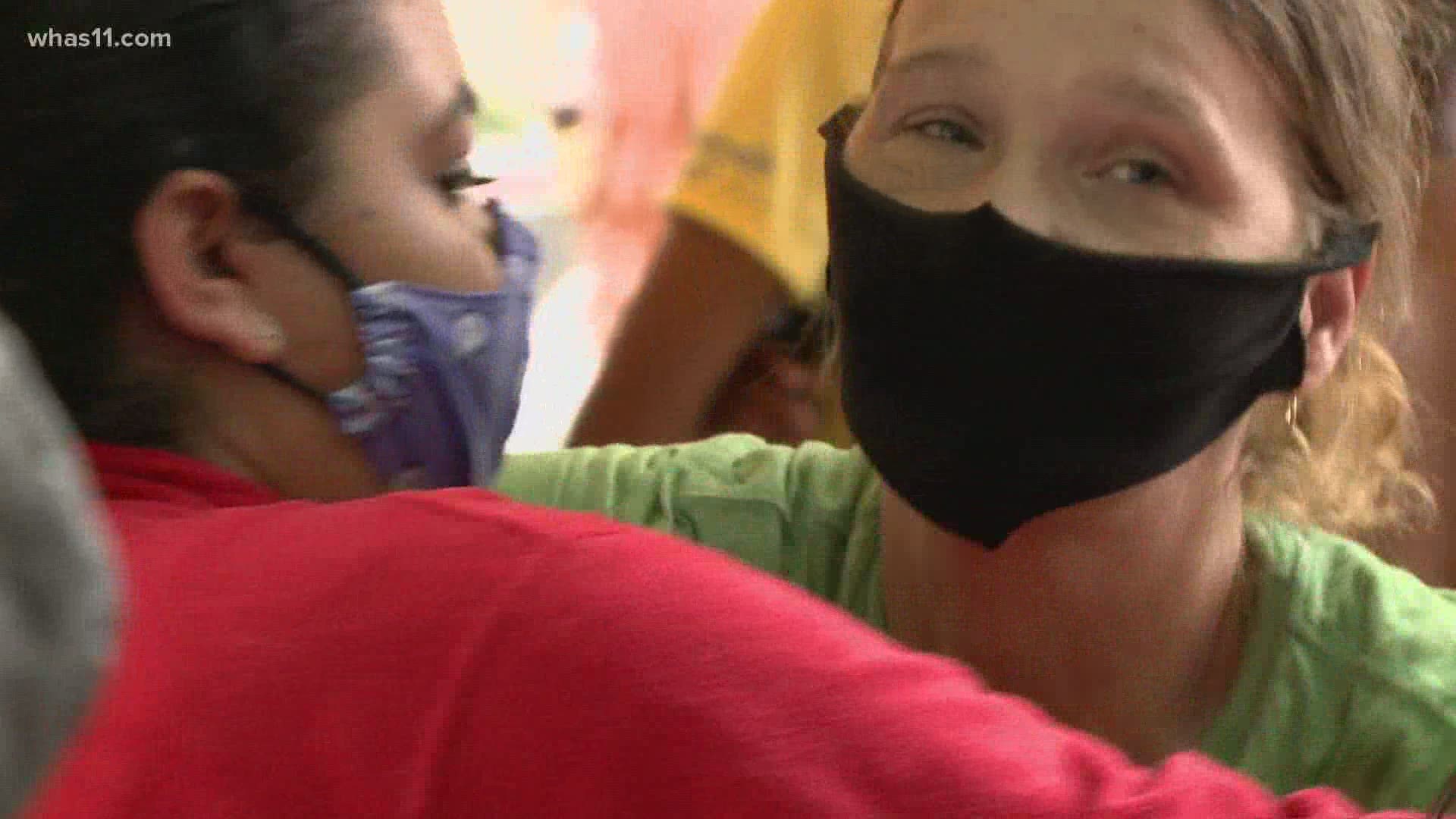 LOUISVILLE, Ky. — In Jefferson Square Park on a rainy Sunday, family, friends and strangers huddled together to honor a young life lost.

On June 25, 19-year-old Devon Robinson was waiting at a bus stop at 5th and Liberty in downtown Louisville when he was shot around noon. He was on his way to his father's house at the time.

"It was heartbreaking because the whole time we were thinking he was on his way and really he was fighting for his life," Robinson's brother, Dominick Clayton said.

Clayton described his brother as energetic and adventurous. His family said he was a young man who cared about a lot of people.

"He was very helpful, especially with my dad. He loved my dad a lot," Clayton said.

Credit: WHAS-TV
A family member wears a photo of 19-year-old Devin Robinson on her shirt during a vigil on July 5, 2020.

Davon Taylor was in Jefferson Square Park the morning Robinson was shot. He said he heard about eight shots ring out a few blocks away and went to see what happened.

Taylor, who is also 19 years old, ultimately gave Robinson several rounds of CPR. He said Robinson regained consciousness for a few moments before he was taken to the hospital where he later died.

Even though they had been strangers until that moment, Taylor helped Robinson's family plan a vigil in his honor.

"We lost a brother in our reality so I'm treating this like this is somebody my family lost," Taylor said.

While Robinson's death wasn't related to the protests, the family said they wanted to hold his vigil in a space of peace.

"My family's strong. They might've taken out one of the toughest ones, but we're still strong. We'll get through this," Clayton said.

Together in Jefferson Square Park, the family said Sunday they will get justice for Robinson.

"He's not going to go and be nothing because he was somebody and he didn't deserve that," Marilyn Bonds, Robinson's grandmother, said.

LMPD said as of Sunday night, no one yet has been charged with murder in connection to his death.