Authorities are asking anyone who finds debris not to touch or move it. 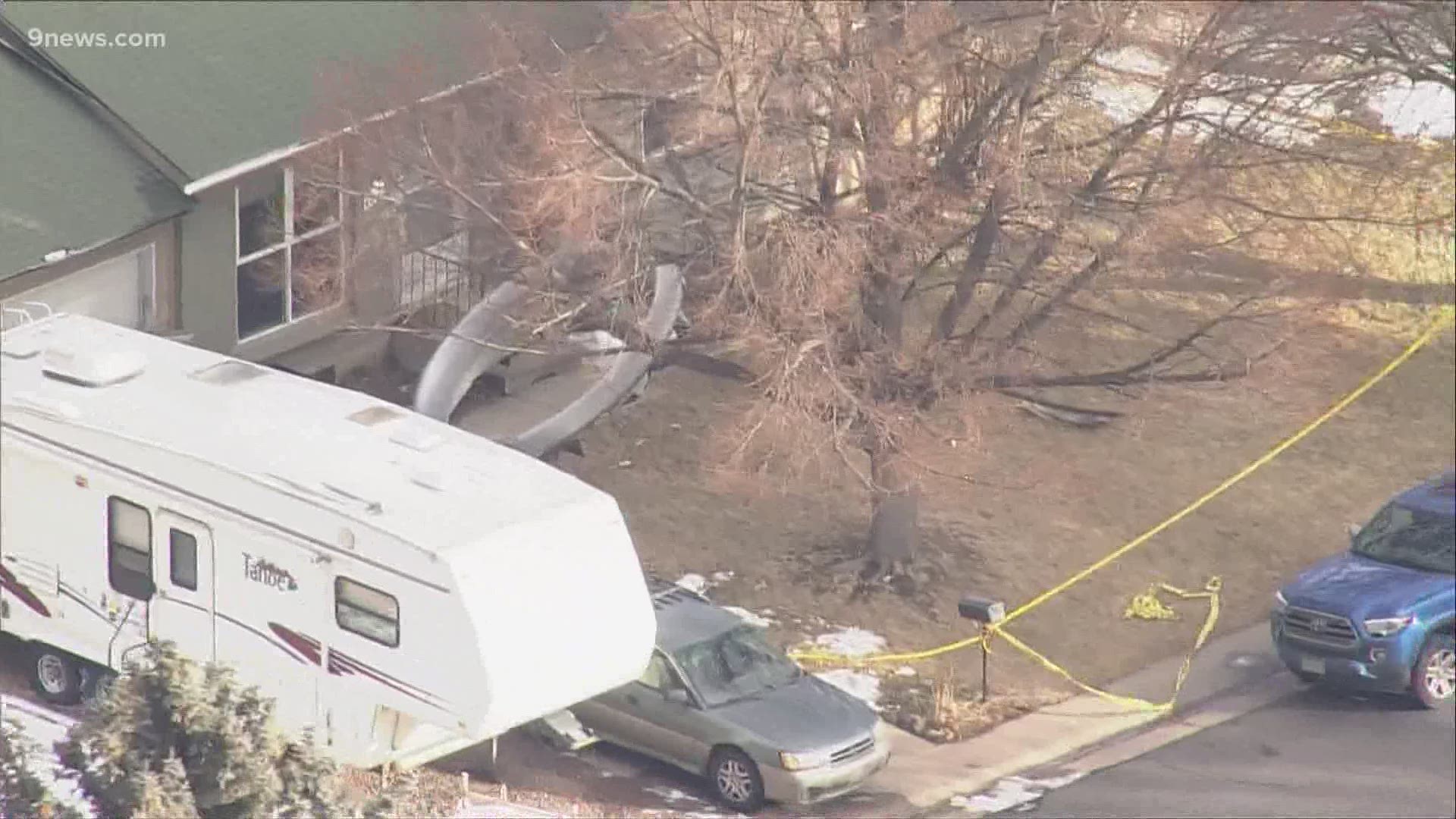 BROOMFIELD, Colo. — Neighborhoods in Broomfield were hit by airplane debris falling from the sky on Saturday afternoon.

According to the Federal Aviation Administration (FAA), the Boeing 777-200's right engine failed shortly after takeoff. That led to parts of the plane breaking off and landing in front yards, streets and a park in the city.

Broomfield Police said they had not had any reports of injuries.

One passenger on the flight saw the engine burning from his window:

Viewer Troy Lewis was also on the United Flight and shared this video of what it looked like out his window when the plane began losing parts and when the flight landed safely at DIA. Passengers are heard cheering.

There were 231 passengers and 10 crew members on board, according to United. There were no reported injuries.

Broomfield Police said they got numerous reports that people heard a loud noise and then saw what they believed was a plane going down. Listen to the 911 calls below.

9NEWS viewer William Thornburg who was in Northglenn, said he saw a plane flying overhead, then a ball of smoke.

Claire Armstrong was at the dog park when said she heard the loud boom, then started seeing pieces of the plane fall from the sky.

Her family quickly decided they should probably leave the area.

Staci took this video from Commons Park in Broomfield, where police said a large debris field had been reported.

In it, you can see parts falling from the sky above.

Josh Trefethen, who said he was on the flight, shared a video of passengers cheering as the plane landed safely in Denver.

The FAA and National Transportation Safety Board (NTSB) are investigating.

>  Top stories from 9NEWS curated daily just for you! Sign up for the 9NEWSLETTER right now to get can’t-miss stories, Next and Broncos content, weather and more delivered right to your inbox.