Mayor Fischer said two of the seven people had surgery for their injuries and the other five people injured were in "good condition." 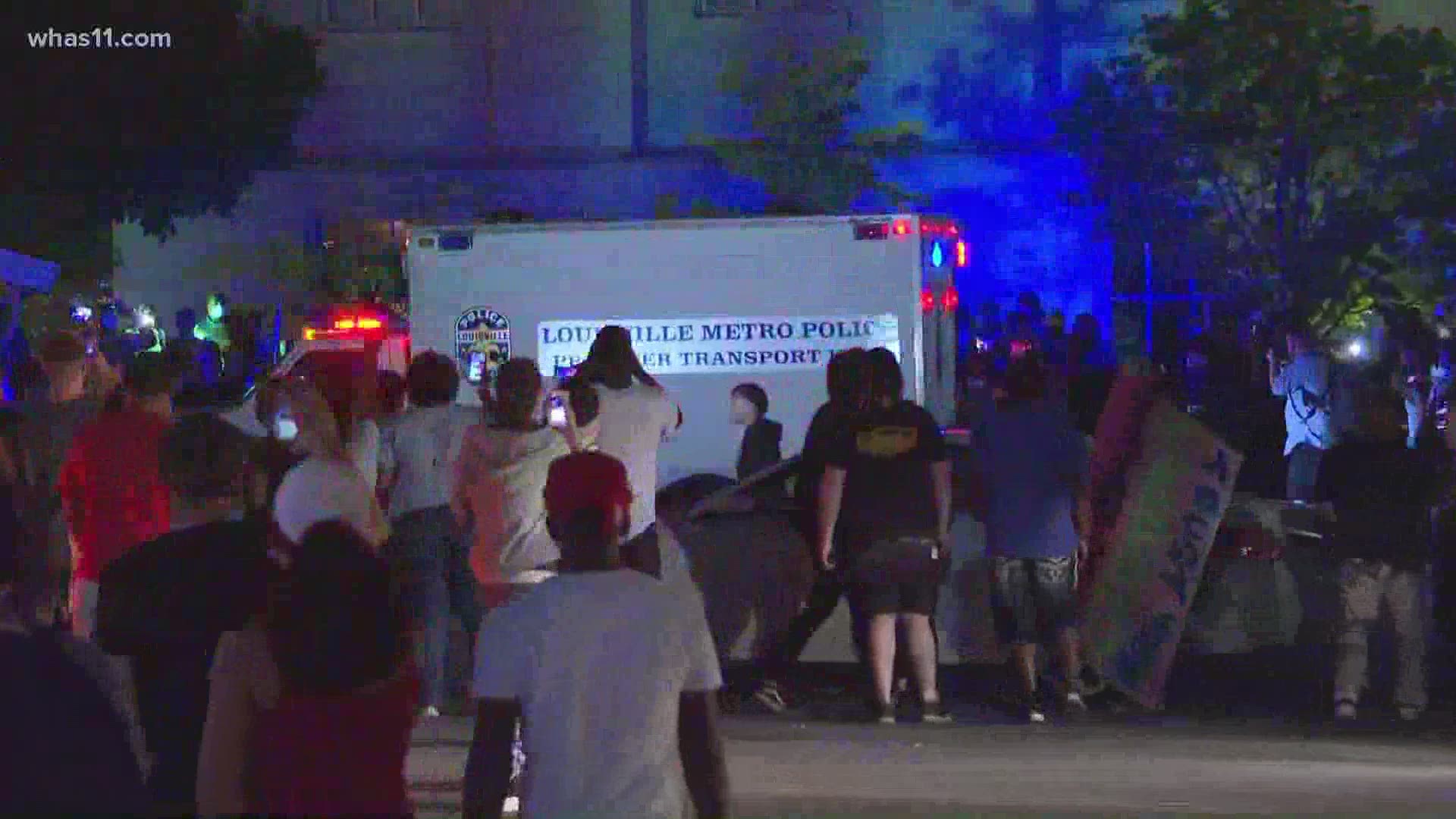 LOUISVILLE, Ky. — Louisville Metro Police (LMPD) confirm seven people were been shot in the midst of the protest for calling for justice for Breonna Taylor. The protest started around 7 p.m. Thursday in downtown Louisville and continued into early Friday morning.

LMPD says at least one of the victims is in critical condition. Mayor Fischer said two of the seven people had surgery for their injuries and the other five people injured were in "good condition."

Police and LMPD say there were not shots fired by police officers at anytime during the unrest.

In this raw video provided to WHAS11 from Jordan Basham who was at the protest, you see police jumping in to help what appears to be a gunshot victim.

Three people were arresting during the protests over Breonna Taylor's case in downtown Louisville, citations show.

Other videos from Thursday night's protest that turned violent.