Video shows LMPD officers save drivers from fiery I-65 crash

Two cars were engulfed in flames when officers arrived, both drivers unresponsive. 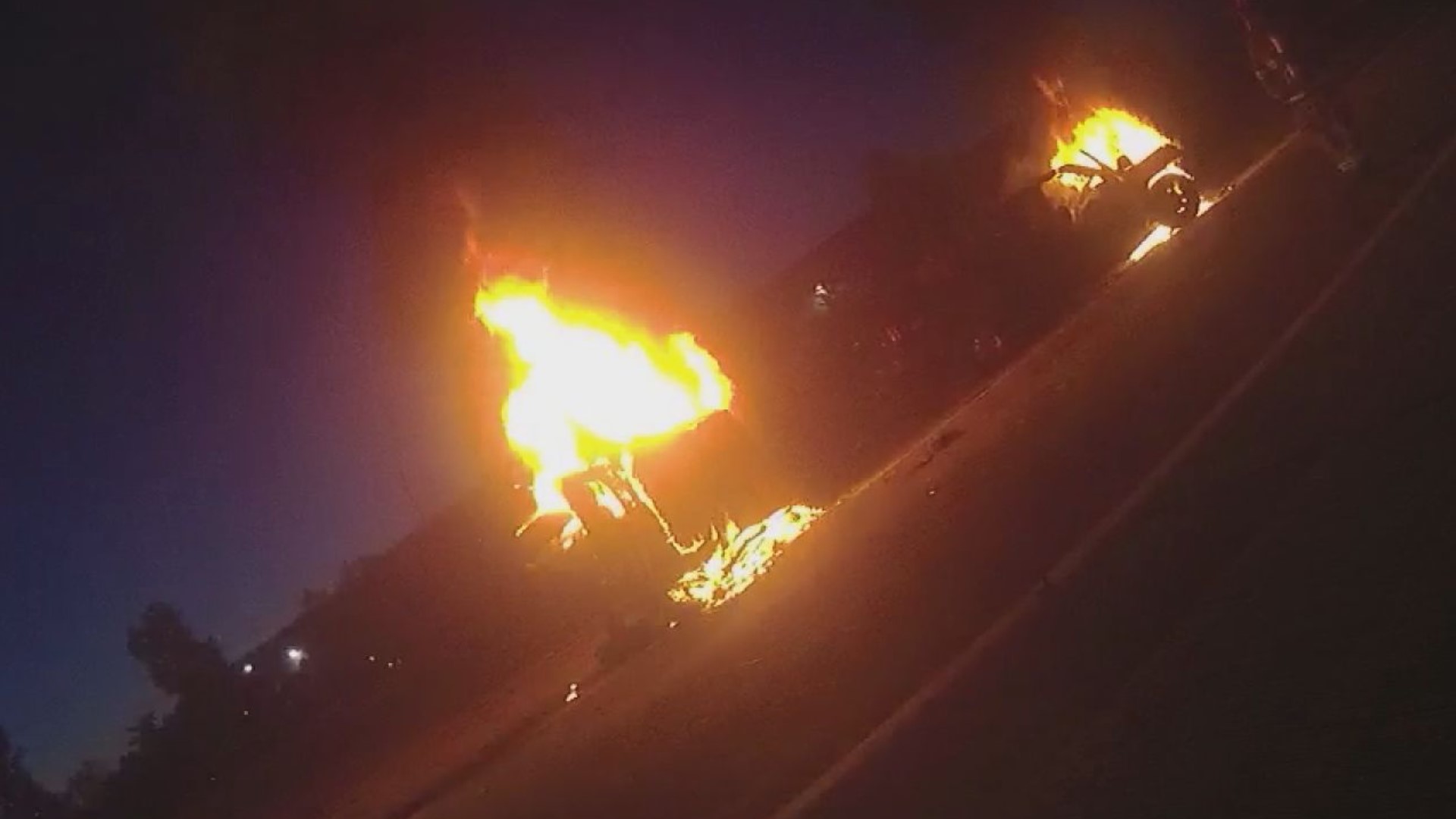 "There's no doubt in my mind that these people would not have survived this had it not been for the quick decision-making and bravery of these officers," said Lt. Jeff Lauder with LMPD's 7th Division.

LMPD received a call about a stranded motorist on I-65 South between the Fern Valley and Outer Loop exits at about 5:30 a.m. Thursday. Just minutes later, a car crashed into the stranded car.

Both cars were engulfed in flames when officers arrived some seven minutes later. Lauder said one car was reportedly on its side with its driver trapped underneath, unresponsive. The driver in the second vehicle was also unresponsive in their car.

Officers James Ashley, Clayton Kelly and Conner Maloney — all hired within the past three years — were able to pull both people out of their cars and to safety.

Lauder said the driver trapped under their car became responsive as an officer used his baton to break a windshield and create a hole big enough for the driver to escape.

"Both occupants were rescued just in time," Lauder said. "I know there was at least one explosion at the vehicles after everyone was pulled back to safety."

Lauder said multiple officers responded to the scene, but Ashley, Kelly and Maloney were first to arrive and did "most of the work themselves." Ashley and Kelly graduated the academy in 2020.

RELATED: Bardstown Police trains to better interact with people who have autism