Witnesses told police the incident began as a verbal altercation between the victim and a female who were on the bus. 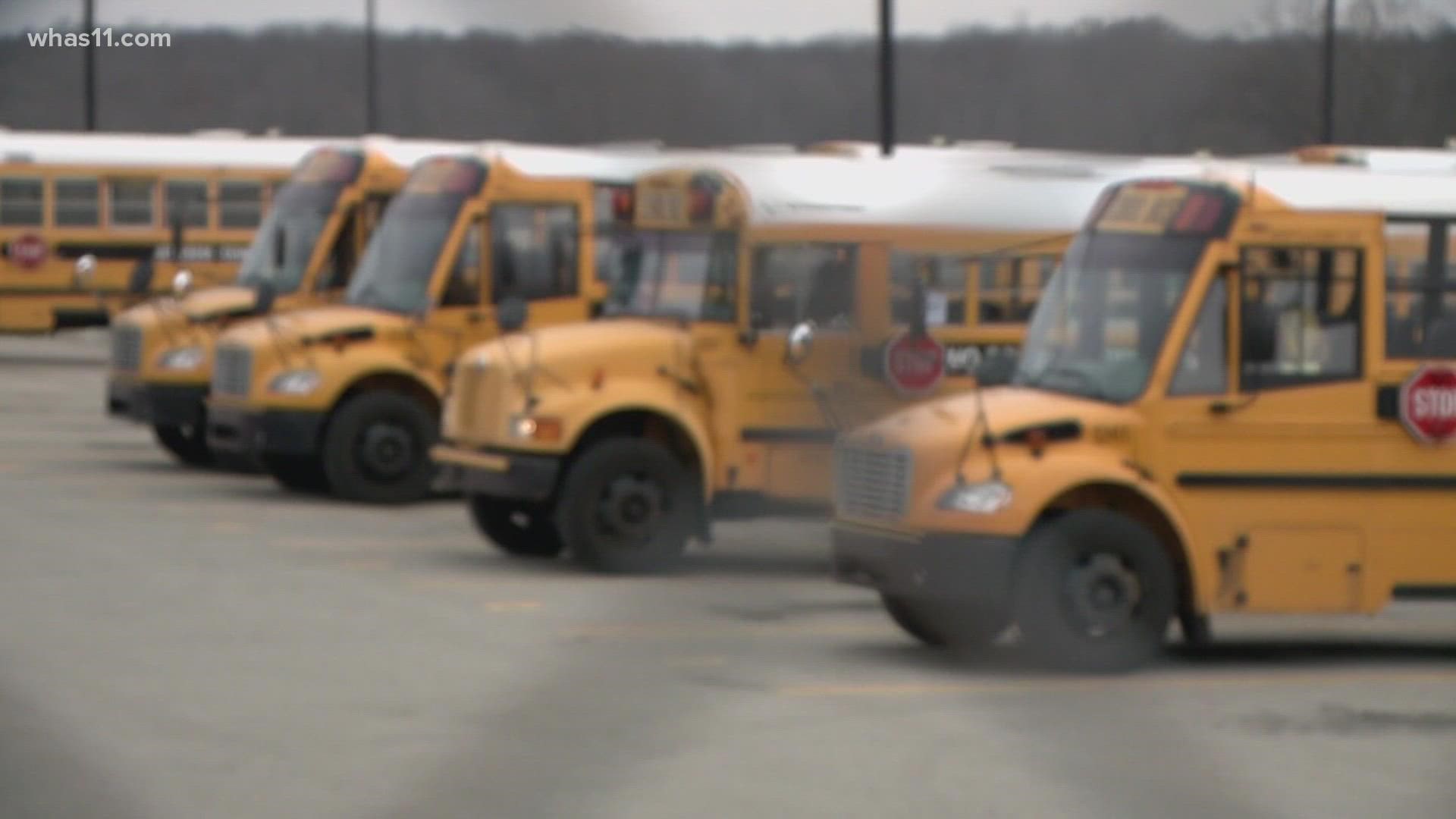 LOUISVILLE, Ky. — One student stabbed another Monday afternoon on a Jefferson County Public School bus, according to the Louisville Metro Police Department.

According to a spokesperson for the department, officers located a male juvenile victim that had been stabbed while on JCPS bus 1251.

Witnesses told police the incident began as a verbal altercation between the victim and a female who was on the bus, carrying students from Valley High School. When the bus got to the intersection, another male got on the bus and confronted the victim.

The two males got into a fight and while that was happening, the female stabbed the victim after which she and the male acquaintance fled from the bus.

The victim was taken to UofL Hospital with what police say are non-life-threatening injuries.

The Second Division is handling the investigation.

"Every day something occurs that reinforces the idea that we really gotta get a handle on what's going on," Councilwoman Jessica Green told WHAS11 News. The School Bus was in her district when the student was stabbed.

She pointed to what Metro Council is doing to offset youth violence. That included wrap-around services through the Louisville Youth Network, retooling the juvenile justice system, and conversations about reopening the Jefferson County Youth Detention Center.

However, she said important conversations must be had at home. "If you can get a hold of the children in your own house, that is one step in the right direction," she said.