Veterans and the job market: The struggle of finding their next role

After serving two tours in Baghdad, Doug Roye came home to a big question: What's next? He managed to find a job, but that's not everyone's story. 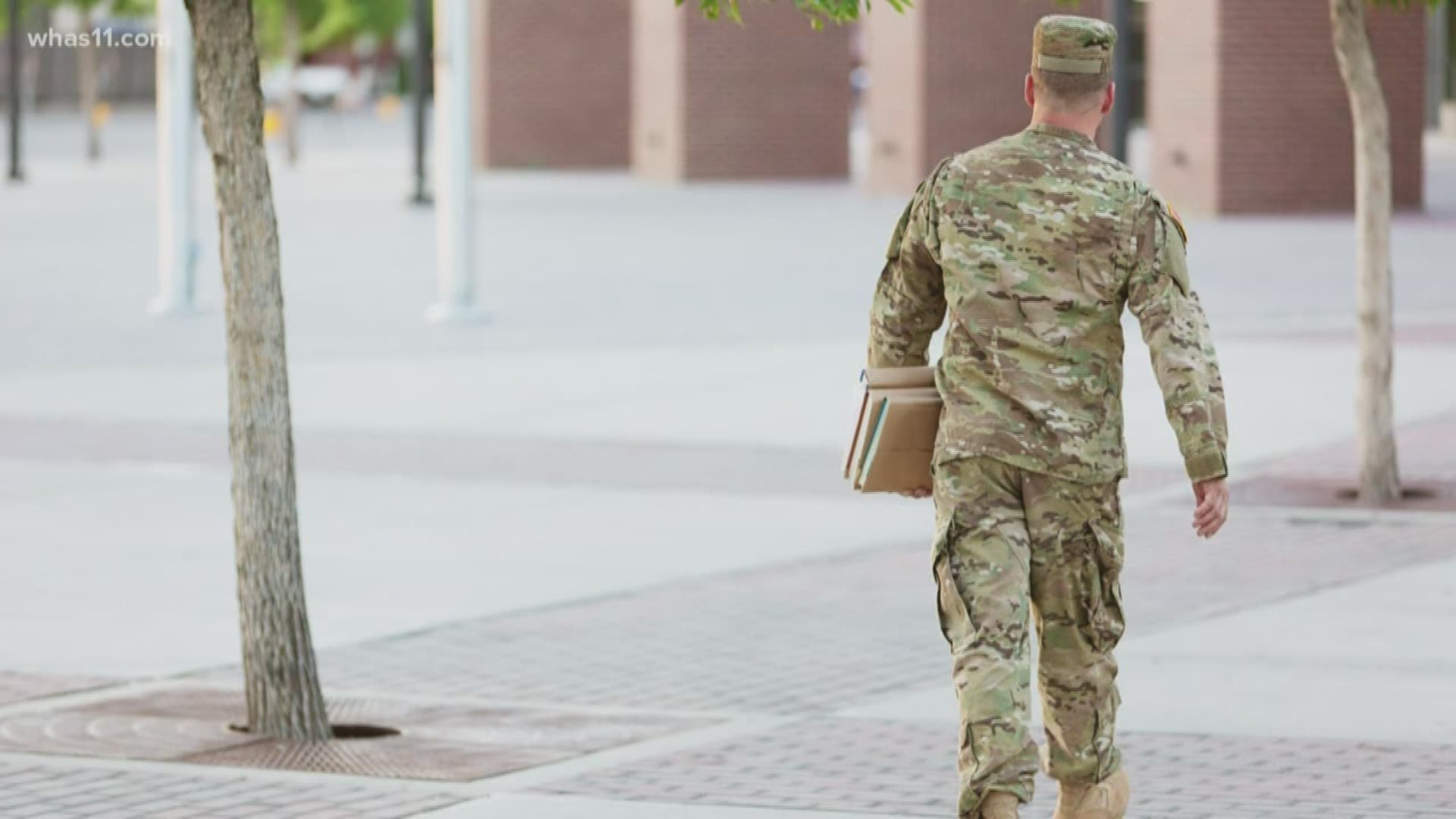 LOUISVILLE, Ky. — This week, as we honor the service and sacrifice of our local veterans we're also shedding light on the obstacles they still face coming home.

From that initial transition, to civilian life, to finding a job, and overcoming injury, Doug Roye says coming home is difficult at best.

He spends much of his time on his 6-acre retreat in Bagdad, Kentucky, where he can find some peace and quiet. It's a world away from the Baghdad he knew a decade ago as an Army soldier battling insurgents in Iraq.

"There is nothing that prepares you for when things hit the fan and bullets hit the fan, bombs start going off. Just a human reaction to be scared of that," Roye said.

RELATED: When veterans come home, their next battle is just beginning

He served two tours there, volunteering both times. His second deployment in 2007 was the worst. He lost 5 friends to IED and mortar attacks. 20 others were wounded.

"That's traumatic, when you put your friends on an aircraft and watch them fly off when they were killed. It's a lot to process."

Even those not physically injured carried those images home with them, meaning, for soldiers like Roye, home just wasn't the same.

"You go from that, going out on mission for 12-15 hours a day with all your gear, your guns to 5 days later, you're sitting in your living room on your couch, going 'what just happened?'"

For Roye, one of his hardest struggles was finding a job.

"There's always jobs out there, right?" he said.

He had battlefield skills but, like so many veterans, had trouble translating them into the business world. He was taught discipline, loyalty, and self-reliance. Not self-promotion.

RELATED: How to help veterans in the community

So he went back to school with help from the GI bill.

Roye says more companies need to see the value in our veterans and invest in them.

Today, he immerses himself in the fast-paced world of commercial construction and a furniture repair business on the side.

It's his new normal. And Roye's at peace with wherever it may take him.

"I may take a different path. I'm completely open," he said.

We have compiled a list of local and national resources for veterans, including ones for employment. Click here to learn more.