They come from every corner of the country to play in the National Veterans Wheelchair Games, and this week, it's in Louisville. 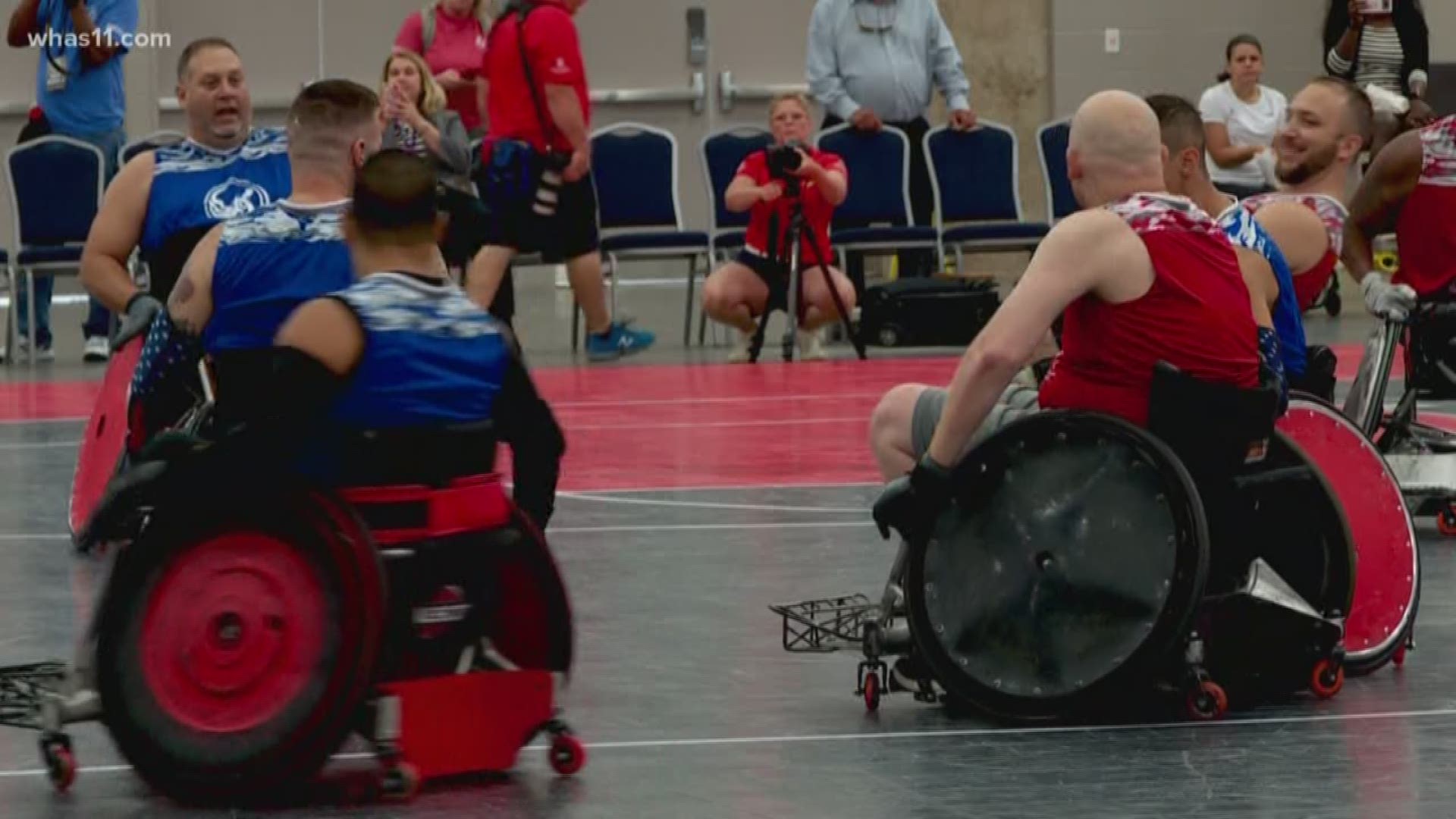 LOUISVILLE, Ky. — Life after the service can be tricky. It can be even tougher if you have a disability, but an annual competition is helping hundreds of our nation's heroes every year. They come from every corner of the country to play in the National Veterans Wheelchair Games, and this week, it's in Louisville.

There are actually 20 different events, including archery, basketball, bowling, swimming, soccer and track. The veterans compete based on age, experience and athletic ability. Some have spinal cord injuries and others are amputees. There are more than 600 athletes from all over the U.S., Puerto Rico and even Great Britain. The Paralyzed Veterans of America and the Robley Rex VA host all of this, and it's no small task to pull off.

The athletes train hard to get here. They said it not only helps them heal, but also gives them a greater sense of purpose.

"I was with the U.S. Army from 2001 to 2005. My friend was driving us from Fort Hood to Jacksonville, Florida. We were on leave, and he fell asleep behind the wheel. We rolled my Chevy Avalanche somewhere between 8-12 times. I broke my C6, C7 and I'm now a quadriplegic. I spent a couple of years not really doing much. I was depressed, drinking, and once I found adaptive sports and the Veterans Wheelchair Games it turned my life around,” athlete Chris Hull said. "This is my 11th year at the Veterans Games. I can't miss it. I love being here and I wouldn't miss it for the world. A lot of my friends and I, we like to call it our 'why,' our reason why we get up and why we keep moving. I try to motivate other veterans and other people with spinal cord injuries to do the same, to find something that pushes them. People with disabilities are still living life, and it's inspiring to a lot of people that feel like they have issues and feel like they have problems to see somebody with a disability living and enjoy their life."

"Desert Storm, I was in the Army. I was stationed in Fort Stewart, Georgia. This is my first games,” athlete William Green III said. "I'm a senior citizen now. So, I said I can beat everybody that's from 50 to 60. I should be able to beat everybody. I just thought my social life was over with being in a wheelchair, but it picked up."

"I served from 1982 to 1986,” athlete Julian Perez said. "A lot of people say, 'Oh, they're just here to have fun.' No, they come to compete. A lot of us have that drive from the military, so we bring it in here and just have a great time. It brings your morale up, and it's good for your heart."

The games run through Tuesday at the Kentucky International Convention Center. This is the 39th year for the event, but it's actually the first time it's come to Louisville. It goes to a new city every year to give different veterans and different communities more exposure to one another.

"What this is is a chance to allow 600 great athletes to restore themselves, to demonstrate their resilience. What you see in these athletes is that they can come back and really be a model for all of us,” Veterans Administration Executive in Charge Dr. Richard Stone said. "We want all of America to see what these athletes and what these soldiers, sailors, airmen, Marines and Coast Guardsmen represent to all of us, and that is the best of what America is."