'What failed him? Who failed him?' Thousands of veterans don't have a place to call home

Among all of the issues facing veterans, homelessness is one of the most prevalent. However, the situation is not hopeless thanks to local organizations. 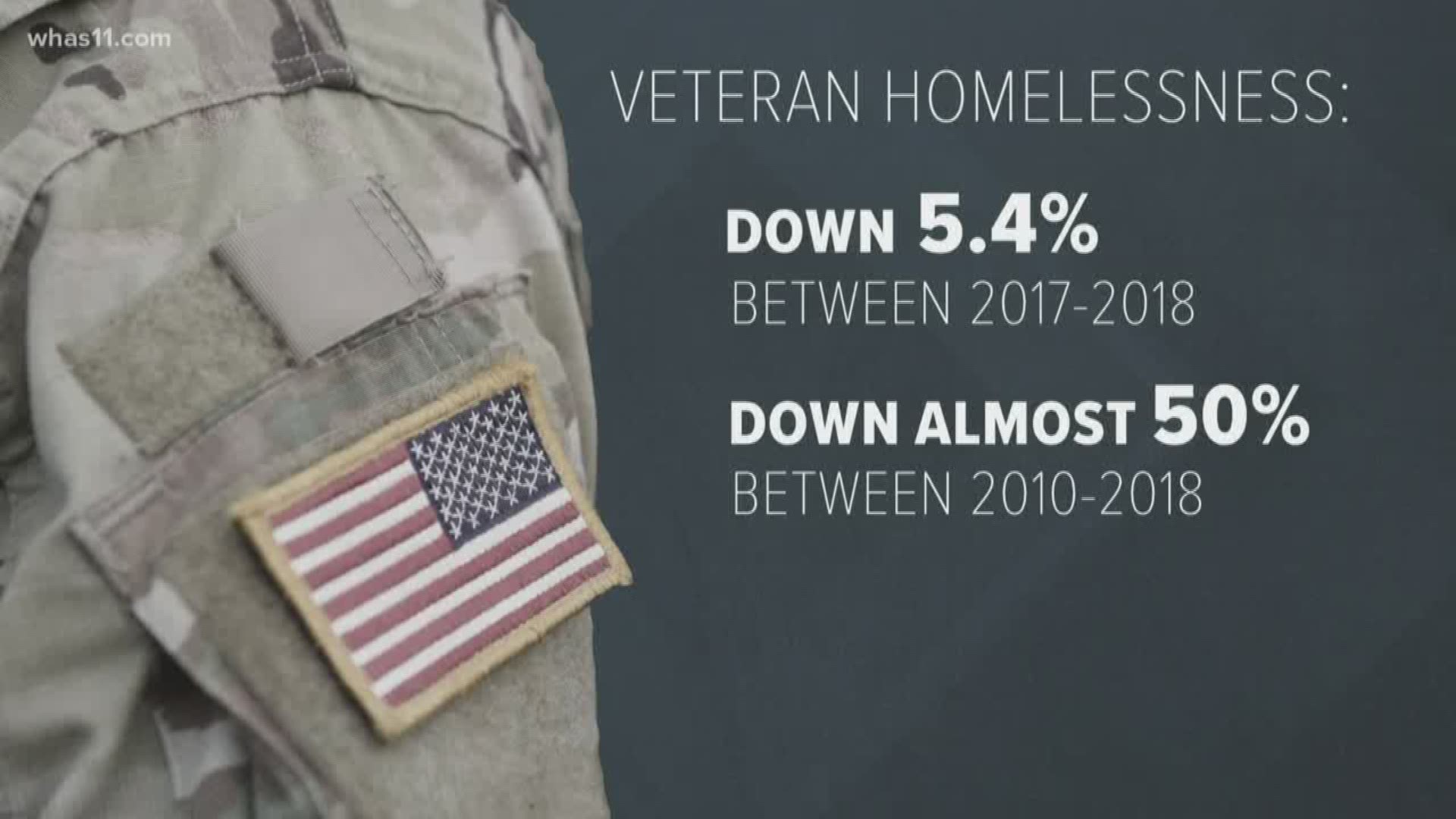 LOUISVILLE, Ky. — Veterans face several struggles when they come home. We can’t forget, though, that not all veterans have a home to return to.

So many of us have seen people on the streets holding signs saying they're homeless veterans and asking for help. While not every sign you read is true, numbers prove that many most likely are.

The U.S. Department of Housing and Urban Development conducted what it calls a “Point-In-Time” (PIT) count in January 2018. It found there were almost 38,000 veterans who didn’t have a place to call home. Of that, 23,000 were unsheltered or living on the street.

"How many times are you walking the street and you see a sign that says homeless veteran,” said veteran Jeff Walton. “If it's true, it makes me angry. One, because he's there. Because we were taught better. What failed him? Who failed him?"

RELATED: When veterans come home, their next battle is just beginning

Still, it’s not all bad news for veterans experiencing homelessness. Outreach programs and initiatives appear to be making changes in a positive direction. The same PIT count from HUD shows homelessness among veterans was down more than 5% between 2017 and 2018, and by almost half since 2010.

Eugene Mitchell, a Navy veteran who now lives in Louisville, has struggled with mental health issues and homelessness after being injured. He also spent time behind bars before he was acquitted by a jury. He now is living in a veteran-specific wing at Salvation Army and has hope for better days ahead.

RELATED: How to help veterans in the community

“These people were good enough to give me a place to stay, take a shower, wash my clothes, give me transportation to make appointments,” Mitchell said. “There are programs I’m taking aggressive steps to be a part of to better myself and help me get out of here and get back in mainstream society.”