An Elizabethtown man served our country in Vietnam more than 50 years ago. But when he returned home, it was as if his service never happened. 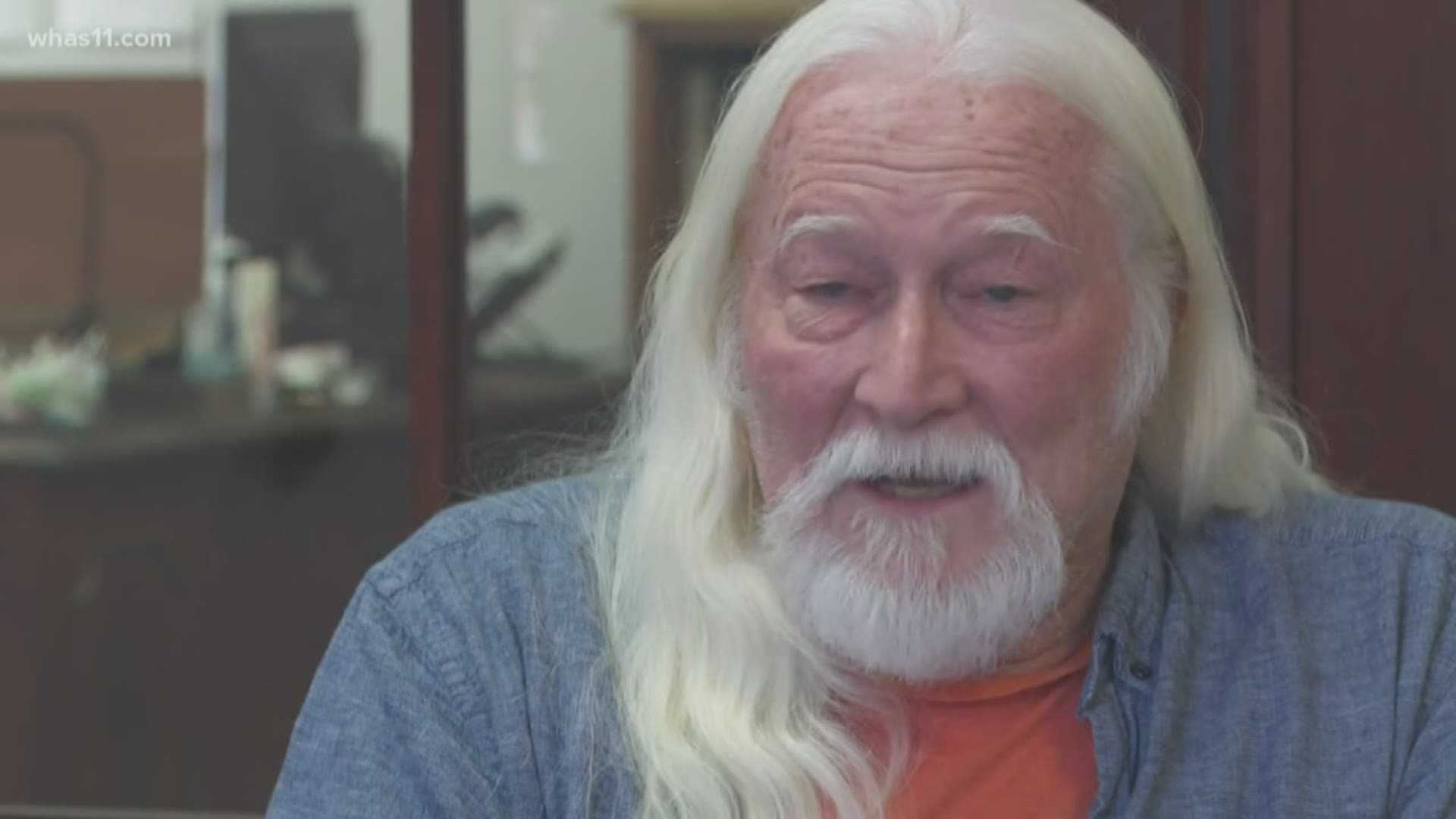 ELIZABETHTOWN, Ky. — Vietnam War veteran Richard Lewis said his most brutal battle wasn’t on the battlefield. It was when he got back home. He said it was all because the U.S. Army mishandled his records. For 51 years, he’s been trying to get them corrected.

For three months and 26 days, Lewis was a combat soldier in Vietnam with the 82nd Airborne Division, a unit within the U.S. Army.

In 1968, he was honorably discharged and headed back to Kentucky.

“I fought it for as long and as hard as I could, with my wife Diane,” Lewis said.

For more than five decades, Lewis told WHAS11's Paula Vasan he wasn’t eligible for healthcare, career assistance and other veteran benefits he was promised.

He said it was all because of one document: the U.S. Department of Defense’s Form 214, discharge paperwork confirming a veteran’s service. Lewis said it was incomplete, failing to specify his service in Vietnam, and the awards he earned.

“I was supposedly put in for a purple heart and some other medals, all that was now null and void," said Lewis.

But a chance encounter gave him hope. In late 2018, at a friend’s funeral, he caught up with his old high-school classmate, Roy Berwick. He’s an attorney with the Legal Aid Society, a nonprofit giving free legal service to those in need.

“I said no, no we can fix this,” said Berwick.  “We started writing letters, contacting different agencies."

Persistence paid off. They say they discovered additional paperwork at the National Personnel Records Center in St. Louis, which houses records for veterans who served since World War I. The documentation, proving the extent of his Vietnam service.

For the first time, he was recognized as a Vietnam War veteran, granted access to the benefits he needed for so long.

According to the Kentucky Department of Veterans Affairs, of the 291,000 veterans in our state, there are several thousand people in a similar position right now: with mishandled records, desperate for benefits.

Dennis Shepherd, general counsel with the Kentucky Department of Veterans Affairs, blames the problem on resource-strained governmental programs that mishandled documents for people transitioning from military to civilian life. And he says transition programs were especially unorganized during the Vietnam era. The result: veterans like Lewis, wounded, without support, and ready to give up.

“They have this stigma of asking for help when they need help,” said Shepherd.

His department has 23 benefit representatives around the state, tasked with making sure veterans who need help get it.

The U.S. Army and the Department of Defense has said they’ve worked to improve communication and accuracy of records. But attorneys familiar with this problem say it often comes down to a painful reality: if you don’t have the right documentation, it can be incredibly challenging to get credit for what you did. Still, Lewis wants you to know there is hope.

To speak with someone with the Louisville VA Medical Center’s eligibility and enrollment department, call 502-287-6201.

The U.S. Army’s service center has a 24/7 hotline staffed with people who can help veterans, retirees, family members and those currently serving with questions about their records. The number is 888-276-9472, or visit https://www.hrc.army.mil.

Do you have a story you want our Focus team to investigate? Send an email to Focus@whas11.com.