UofL seeking diverse group for virus vaccine clinical trial; Here's why some African Americans may not sign up

Kentucky Nurses Association says some Black Americans are wary of getting the vaccine, and their participation in the study is key to diversity in the trial. 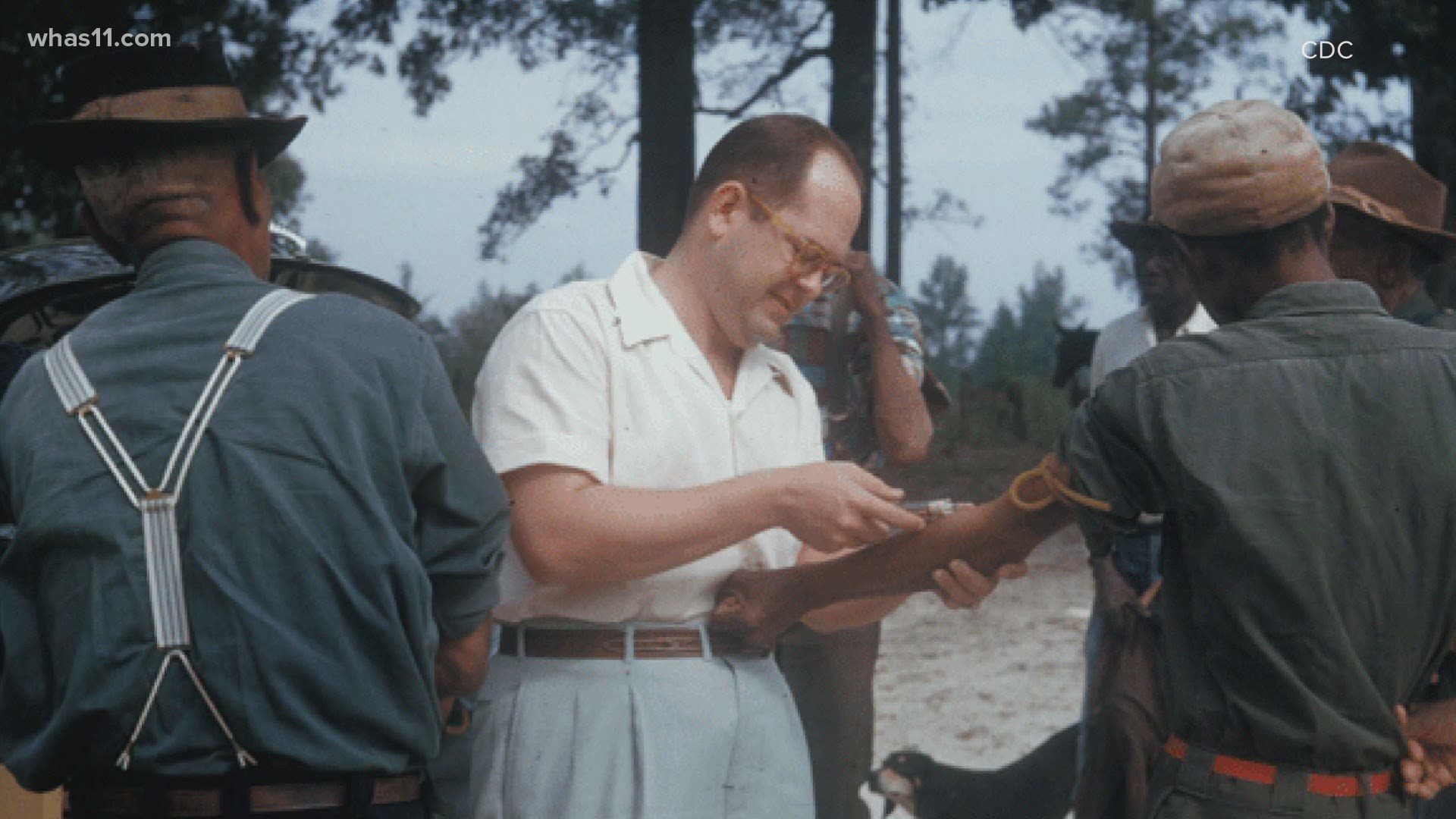 LOUISVILLE, Ky. — Governor Beshear announced the first doses of a vaccine could be coming to Kentucky as soon as mid-December.

While some in our community are eager to get the vaccine, others are wary.

Minorities have been disproportionally affected by COVID-19. Black and indigenous people have the highest death rates of any race based on a study by APM Research Lab. But there are some historical reasons that make the Black community particularly concerned about getting a vaccine.

In the 1930s, doctors from the U.S. Public Health Service conducted the Tuskegee Experiment – where black men went untreated for syphilis for 40 years under the guise of getting free medical treatment.

That incident, plus other historical events like unwanted sterilization of African American women are what Kentucky Nurses Association CEO Delanor Manson says has made Black Americans distrustful of this new vaccine.

Implicit bias in the healthcare system is another reason Manson says Black Americans might not ready to be vaccinated.

“The discussion is about if you do not take my symptoms seriously why should I trust that you’re going to give me something that is going to help me?” Manson said.

Manson says building that trust between healthcare professionals and Black patients begins with asking questions, and not making assumptions.

She says it’s important that they get the vaccine – in Kentucky, the Black community accounts for nearly 10% of the state’s COVID cases, despite being only 8.5% of the population.

It has nothing to do with genetics, but social factors.

“Minorities populations live in closer proximity to each other just because of many of the social determinations in terms of health in terms of poverty,” Manson said.

Not only should they be vaccinated, but Manson says they should take part in a clinical study of Johnson & Johnson’s vaccine at UofL.

Dr. Ruth Carrico, an infectious disease researcher at UofL, is looking for a diverse group to participate.

“We want to make sure those involved in the trial truly represent our community,” Dr. Carrico said. “So we have to make sure that every individual knows that involvement is an option.”

Participation in the study could be critical to the outcome of the vaccine in the Black community once it is approved.

“There are medications that affect people of color differently than Caucasians, and if we’re not part of the clinical trials then we don’t know that,” Manson said.

In the trial – participants will receive either a vaccine, or a placebo. The goal is to see whether the vaccine actually makes a difference. But those who get the placebo will be the first to get the vaccine once it is available.

Two pharmaceutical companies, Pfizer and Moderna, have already submitted their vaccines to the FDA for approval.

This trial is important for Johnson & Johnson as it looks to take next steps.

Dr. Carrico says the vaccine for the trial has met safety and effectiveness markers. Not only will taking part in the trial help participants, but it could help the overall health of those around them.

“We really want to encourage our community to take every opportunity to access a vaccine because that reduces the opportunity for individuals to become ill and serve as transmitters,” Dr. Carrico said.

You must be over the age of 39 to be involved. If you are interested in being a part of the clinical trial – you can call (502) 852-6485 or email ruth.carrico@louisville.edu.