Tammy Clark's mother in law Verna, and husband Carl, both died after being admitted to the hospital for COVID-19. She says she blames herself for their deaths. 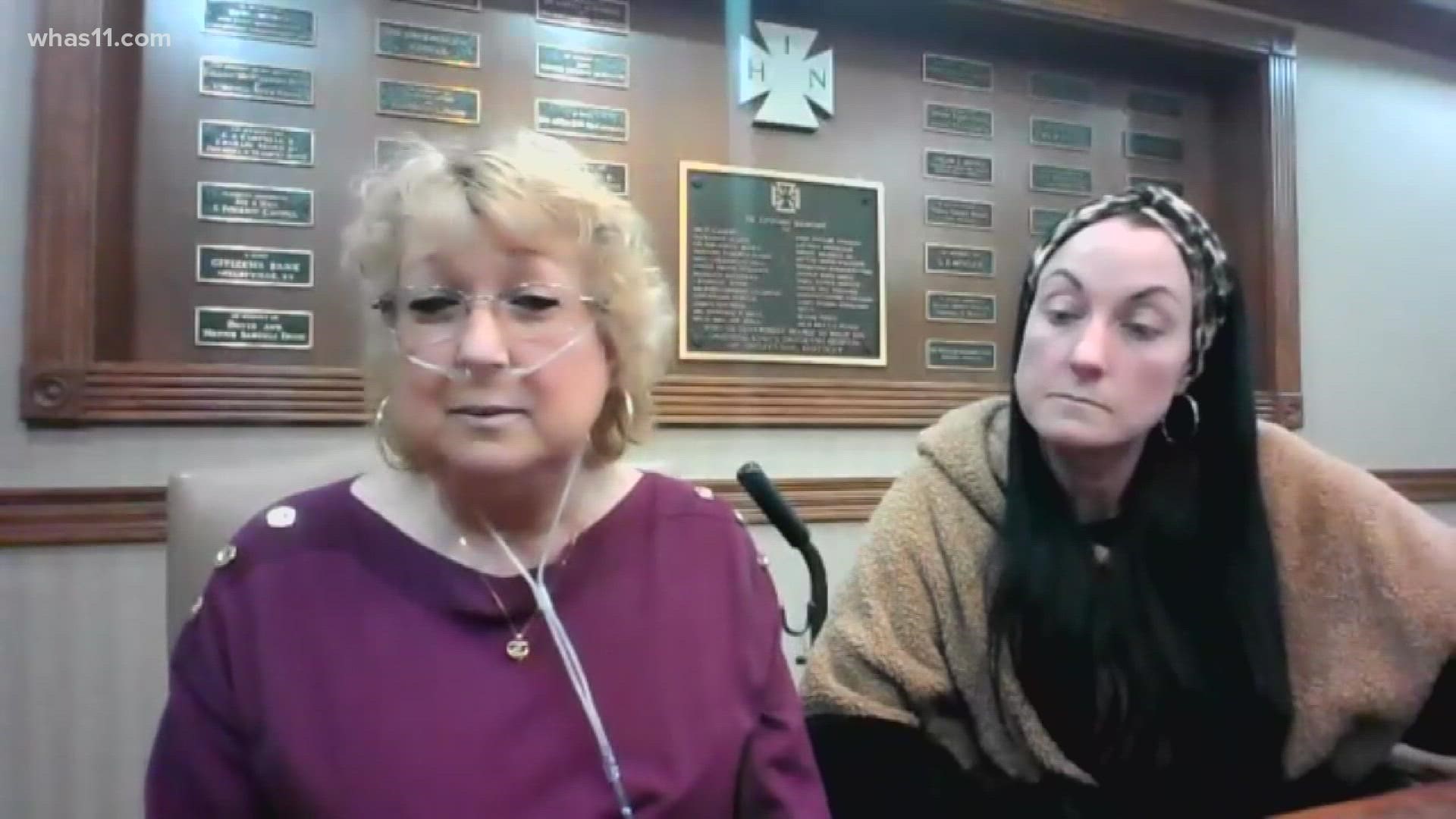 LOUISVILLE, Ky. — A woman who was unvaccinated against COVID-19 is sharing the story of her 32 days fighting the virus in the hospital. Tammy Clark said the virus killed her husband and her mother in law. She blames herself for their deaths.

"Oh you have no idea," said a tearful Tammy Clark when asked if she regrets not getting the COVID-19 shot. "Always, in the back of my mind, if I would have gotten the shot, my mother in law would still be alive, so would my husband."

Tammy Clark, her mother-in-law Verna, and her husband, Carl, were all diagnosed with COVID-19 in August. They were all three unvaccinated. Verna Clark died on August 15 at the age of 80, just two days after her admission to the hospital. Both Tammy and Carl were also admitted to the hospital a short time later. Carl died on August 20, just a few rooms from his wife. He was 62.

"Some people still won't do it," Clark said of trying to get the unvaccinated to get the vaccine. "I sent them pictures of me on the vent and everything, but they say 'I'm afraid.' I say what is there to be afraid of? I was afraid too, but look where I was at. I almost died."

Tammy Clark spent 32 days at UofL Health Shelbyville Hospital fighting for her life against COVID-19. Clark, who works at Kroger, was offered the vaccine. She says she declined, and regrets that decision.

"It hurts me because, I think a lot of these people, I don't want to see them go through something I went through," Tammy said. "They still won't wear a mask, still won't get a shot. They're not just protecting themselves, they're protecting others. "

Tammy Clark now has to wait 90 days to get the shot, but says as soon as she can, she'll be rolling up her sleeve. She encourages everyone in the community to do the same.