The program has been a force in the world of cheerleading with 24 national titles, the first of those earned in 1985. 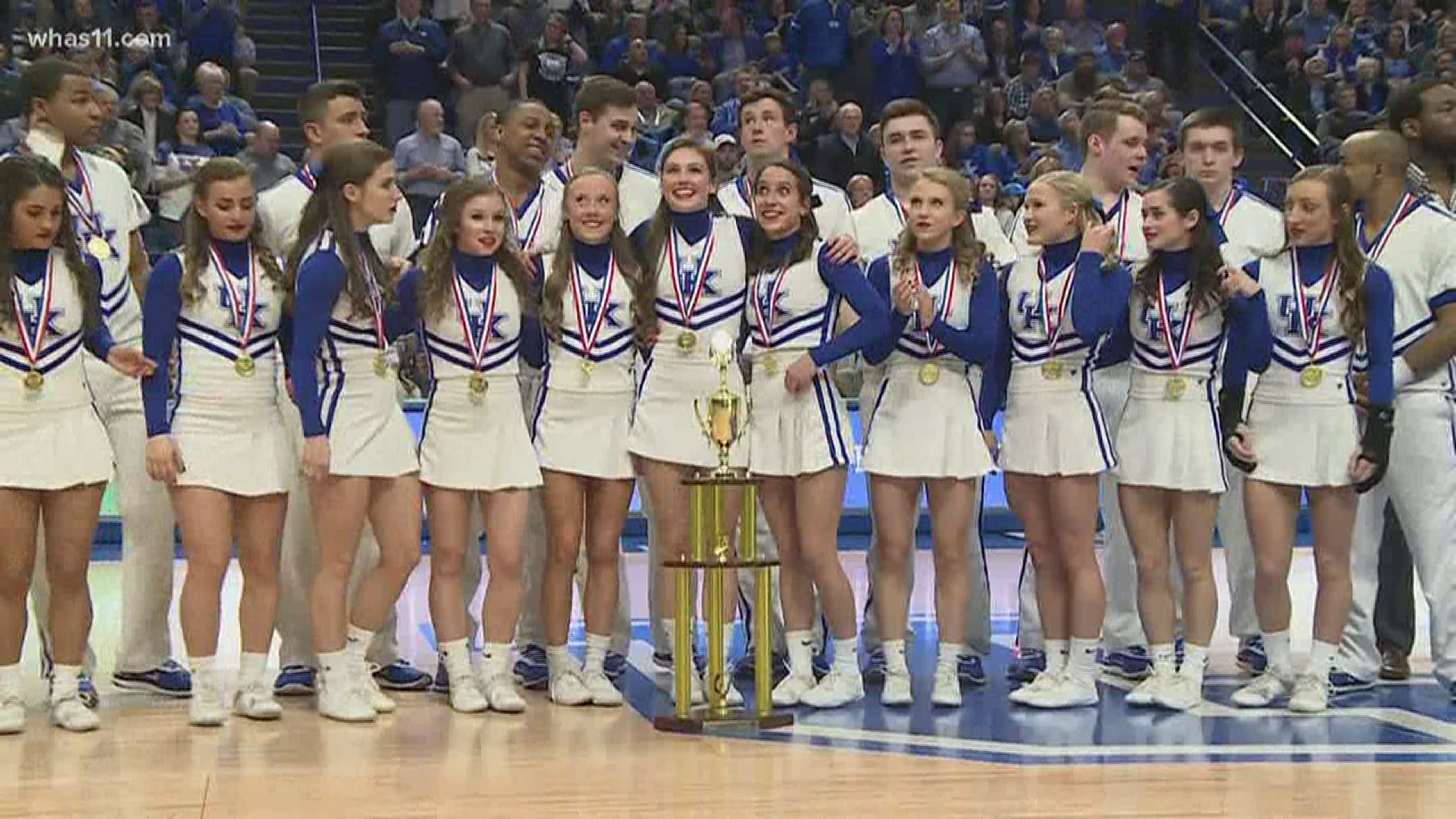 LEXINGTON, Ky. — The University of Kentucky cheerleading program is now being placed under the control of the athletic department, which already has a compliance department in place.

The program has been a force in the world of cheerleading with 24 national titles, the first of those earned in 1985.

National Championships are not given out by the NCAA, but rather the Universal Cheerleaders Association (UCA).

Jomo Thompson, a former cheerleader for the Wildcats, took over the program in 2002.

He’s led the team to 18 national championships under his watch.

The 2019 crown capped off a 4-peat, which was the second time in history of the program they’ve accomplished the feat.

Just a few years ago, the Kentucky cheer program also represented the United States at the Winter Olympics in South Korea.

"It's a testament to the program and all the hard work the kids have dedicated this year and all the years before,” Thompson said about his squad in 2018.

Jomo Thompson, Spencer Clan, Ben Head, and Kelsey LaCroix were dismissed after a three-month investigation found hazing and "inappropriate conduct" by the squad at off-campus events.

Many former Kentucky cheerleaders that have come to the defense of the coaching staff on social media after the news broke of their firings Monday.