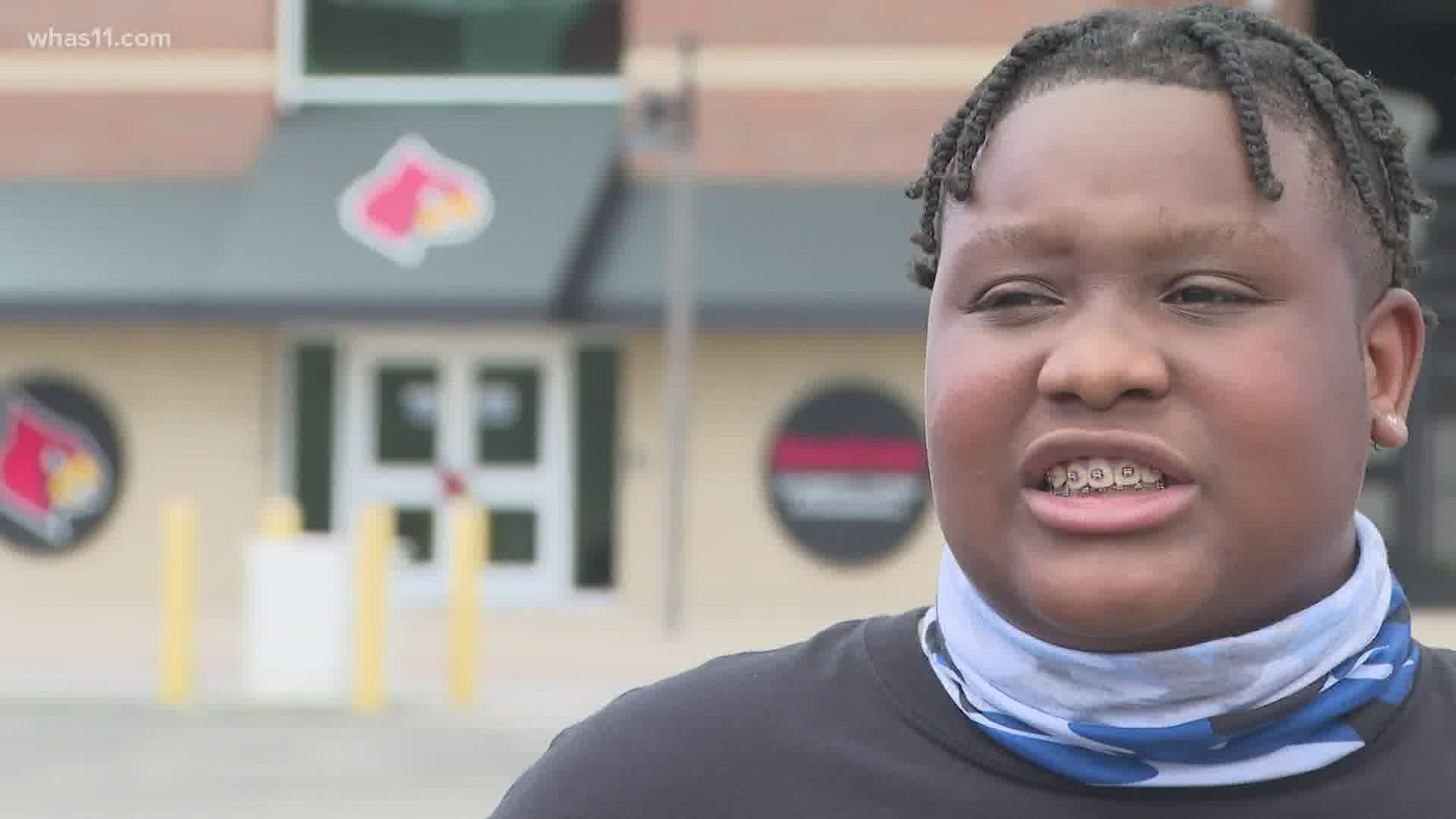 LOUISVILLE, Ky. — Tyler Gerth had two sisters, nieces and nephews of all ages he loved dearly. He had another family member, his “little brother”, whom he started mentoring nearly a year ago.

Fourteen-year-old Timothy Cherry considers Tyler like family and after falling behind in school, he joined Big Brothers and Big Sisters of Kentuckiana.

That’s where Timothy met Tyler last August and knew instantly they would get along.

Whether it was going to a football game, teaching him some basketball skills or telling jokes, the two had no secrets.

"I never actually had like an older brother, to look up to and Tyler was like a great mentor to me and I looked up to him for that," Timothy said.

Tyler has led Timothy on an incredible path.

Since joining and meeting his Big Brother, Timothy received a 4.0 grade point average in school.

He said Tyler would want him to stay strong and keep working hard.

Jeri Swinton, CEO of Big Brothers Big Sisters told WHAS11 News when Tyler applied to become a Big Brother, he said he was inspired by his father’s many years as a Big Brother in their program.

Tyler was shot and killed at Jefferson Square Park while attending protests and doing what he loved -- capturing unforgettable moments on film.

RELATED: 'It's a comfort to us to know that Tyler was fighting for what he believed in': Tyler Gerth's sisters honor his legacy