In a post on Twitter, the Central High School football team called him a “giant in our community.” 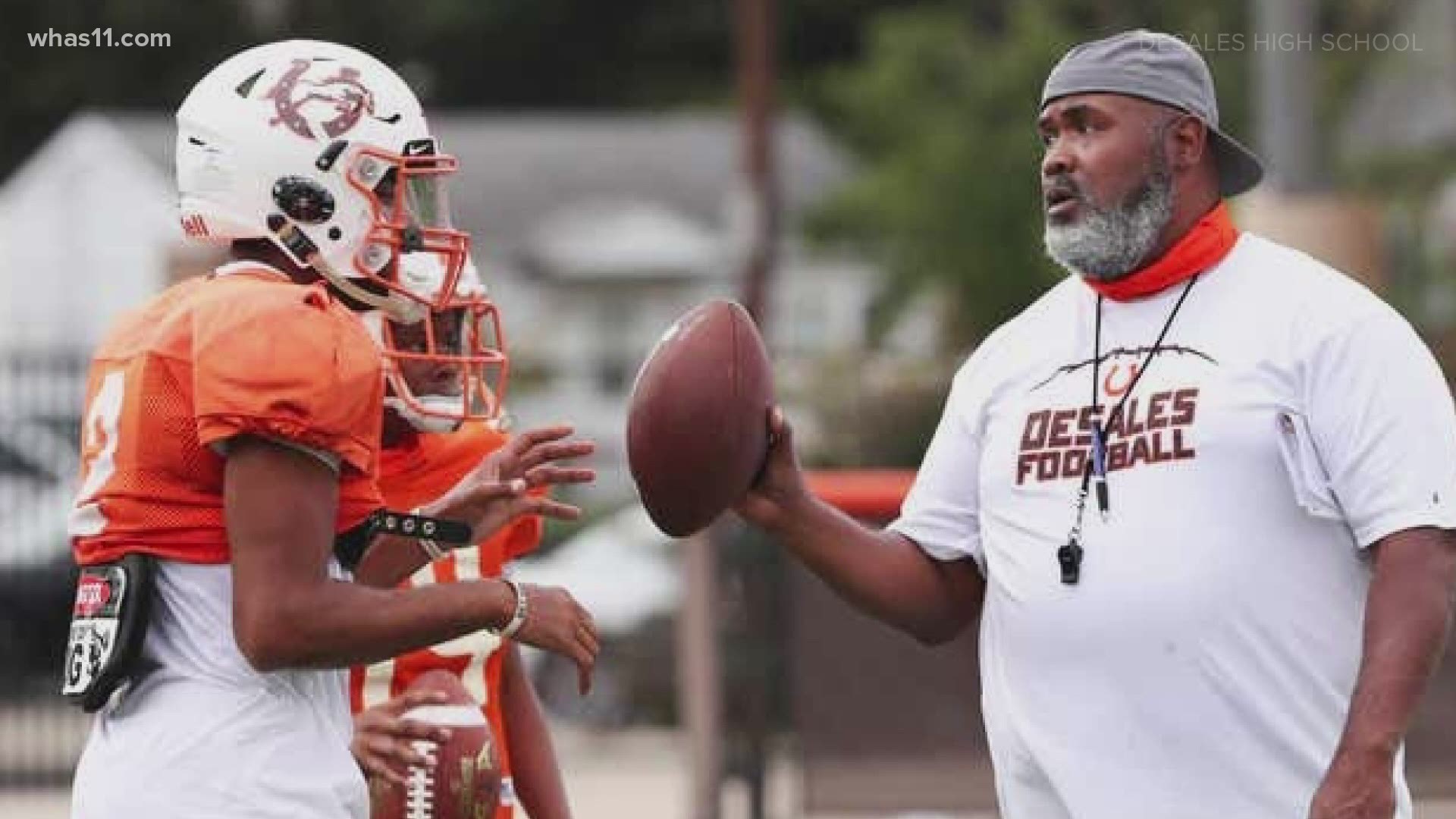 The Yellow Jackets won five state championships under Scroggins before he stepped down to focus more time on his children. Most recently, Scroggins worked as an assistant at DeSales, where his son played quarterback.

Marvin Dantzler took over at Central after Scroggins stepped down, eventually coaching the team to another state championship in 2018. Dantzler and Scroggins talked all the time, bonding over a mutual sense of respect.

"A lot of it is a testament to Ty, that he cares so much about Central and other people," Dantzler said. "He just wanted that program to be successful."

Dantzler said Scroggins worked hard -- not only to win, but to see others succeed. Before the pandemic, Scroggins helped create the Minority Coaches Association of Kentucky.

"The biggest part of your legacy is what you do for others," Dantzler said. "As much as he won, he did just as much for other people, and he wanted to see other people win too."

Those who knew Scroggins called him a great son, father and friend. DeSales Football called him an "extraordinary father, coach, friend and man," while Central referred to him as a "giant in our community."

It comes with a heavy heart that we announce, @FtbllHSC has passed away. Please keep his family in your thoughts and prayers. He was an extraordinary father, coach, friend and man. DeSales will always be grateful for his impact on our brotherhood. #ColtPride #FootballFamily pic.twitter.com/njYNJ9Kkxs

Several city and state leaders expressed their condolences Wednesday evening, celebrating the life of the Fairdale and University of Louisville graduate.

"Sorry to hear about the death of JCPS family member Ty Scroggins," JCPS Superintendent Marty Pollio said. "A great coach...and a better champion for kids. Our thoughts are with his family."

Both University of Louisville coaches Scott Satterfield and Chris Mack expressed condolences as well, along with high school coaches across the state.

Former UofL player and current NFL free agent Jamon Brown has offered to help cover funeral expenses for Scroggins' family. The Jamon Brown Foundation is donating $5,000 to cover some of the costs.

WHAS11 previously highlighted Scroggins' time coaching his son, who he said has "been a joy" to watch grow and develop as a player and young man. The full story can be read here.