The Johnstons knew the rotting tree needed to come down, but couldn't find anyone to help. Then it fell, nearly killing a 10-year-old boy. 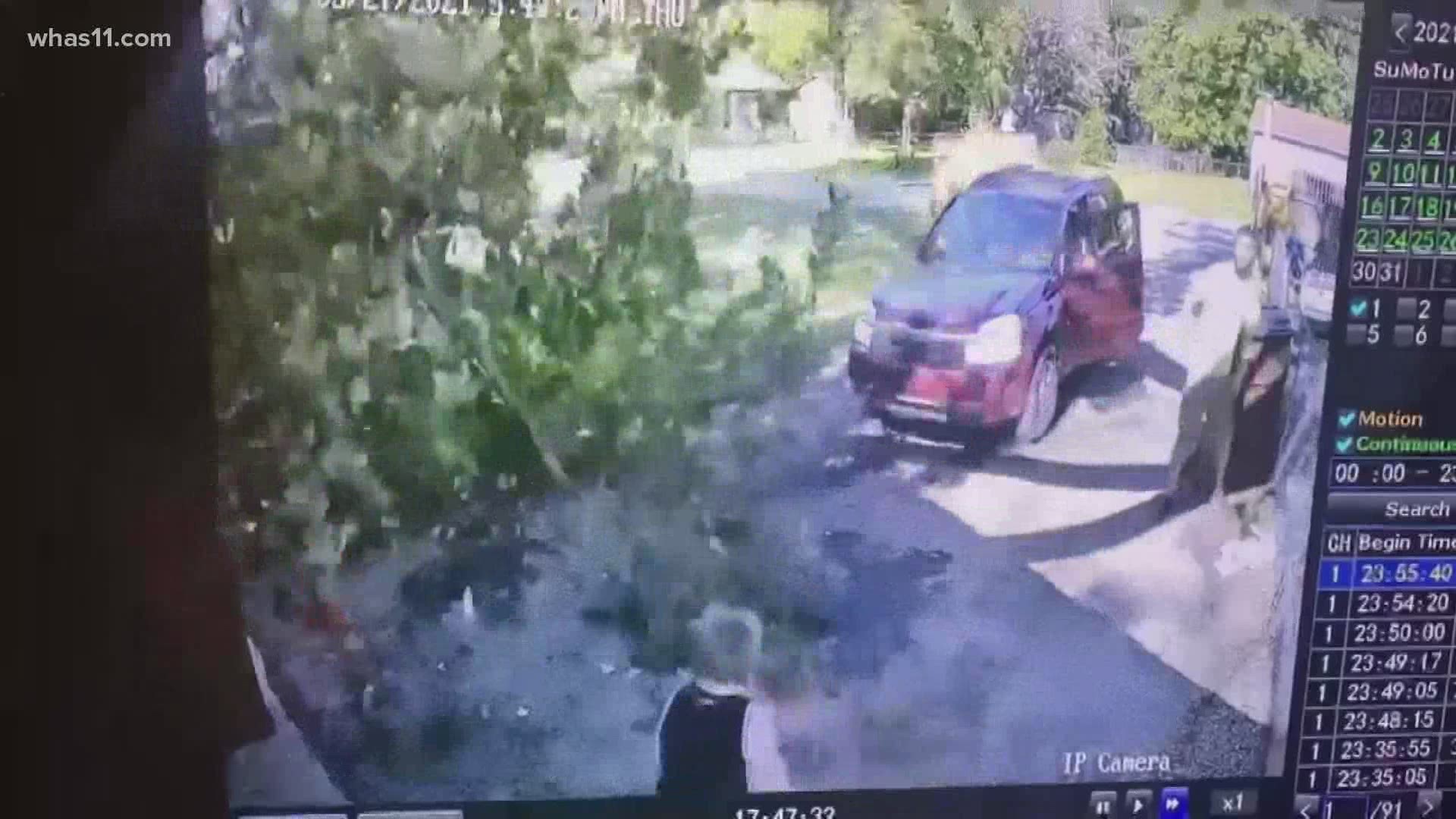 LOUISVILLE, Ky. — A South Louisville family is thankful that their 10-year-old son is alive after a tree nearly fell on him.

The Johnston's garage cameras captured the moments the decades-old tree cracked, split and then crashed down, just as Ethan Johnston was crossing underneath.

"In the video, you could hear me screaming 'Is Ethan okay?'” Becky Johnston, Ethan's mom said. “I heard the cracking and I really just didn’t know what was going on. It happened so fast.”

TOP STORY: Charge dismissed for contractor accused of destroying Louisville family's home after he was hired to fix crack

Becky had brought her family to visit her cousin's home on Price Lane Road for the kids to play and the adults to do some work on their cars. Shortly after pulling into the driveway is when the tree fell.

“I heard it a little bit when it first started to come down," Ethan said. “I was running right to the tree then when it fell. It almost hit me and then I ran back."

Ethan said his heart "dropped" as it happened, and he thought he might be "a goner."

“I didn’t have a single scratch," he said. "My grandparents, they asked God to help me.”

The tree also left a trail of damage behind in its fall, including the Johnston's garage, the neighbor's gutter and their roof. Codie Johnston, Becky's cousin, said he's thankful no one was hurt.

"Every time I see the video, even until today, it shakes us up because there's a lot of what ifs. What if that tree did kill him," Codie said. "It was a scary situation.” 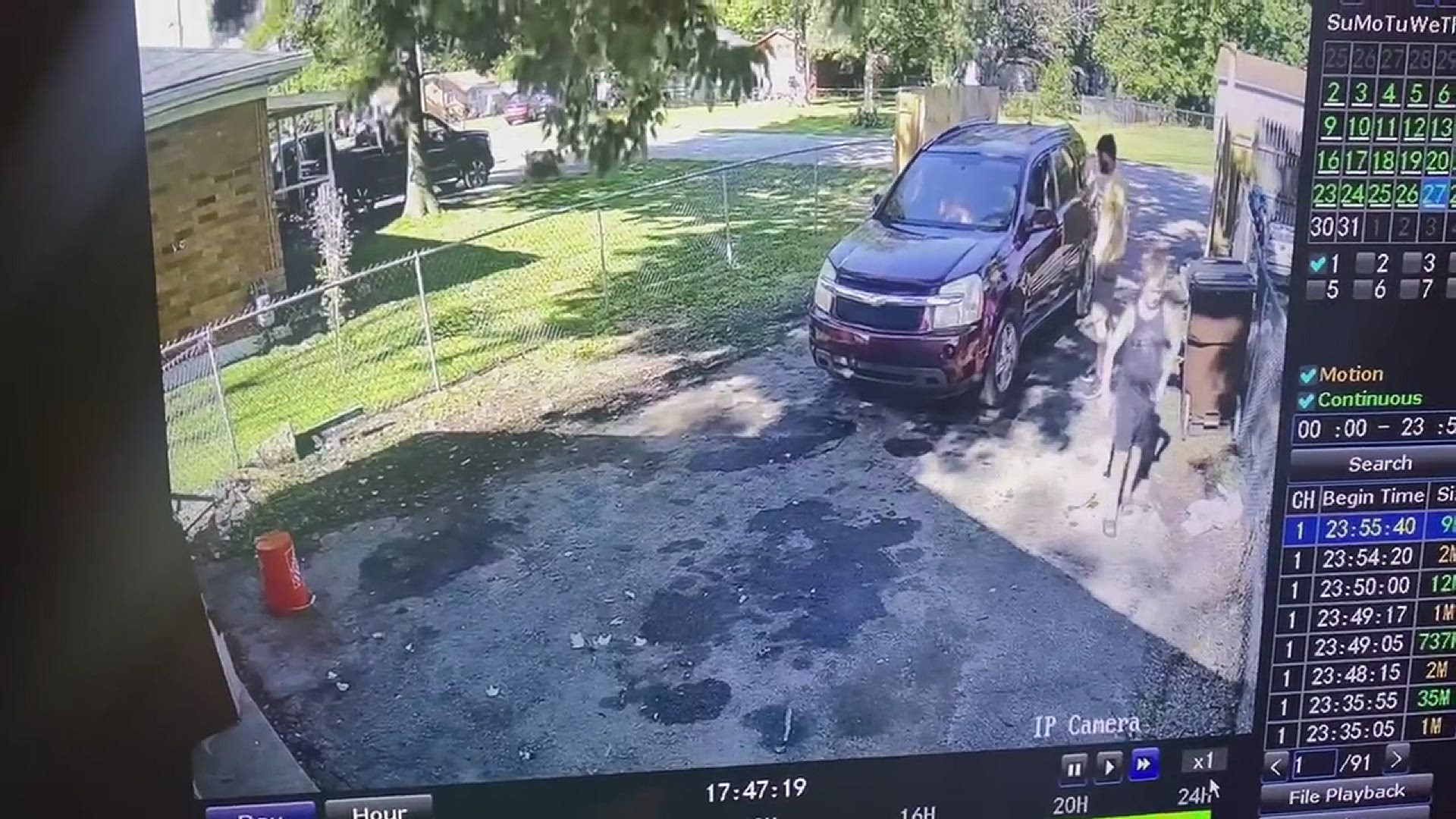 (Codie Johnston submitted this story and video through the Near Me section of the WHAS11 app. Learn how to submit your story tips, photos and videos here.)

Codie said five kids normally play at the house, and all of them could have been under the tree at any time.

The home, rented by Codie's family, has three trees on the property they knew were in bad condition for about seven months. Codie said he tried to contact their realtor but was not able to get any help. After time passed, they called Metro 311.

"The tree company...said basically it needs to come down today because of the way it was cracked and way it was leaning,” he said.

RELATED: 'Her house is still in disarray' | Family waiting for repairs a month after crane falls on home

The split in the rotting tree grew from about one inch to around a foot over time, Codie said. That's when he knew the tree could become a serious problem, but he said no one would take immediate action to help cut it down.

“I don’t do this for a living but I know when something's going to fall," Codie said. "Basically last week I said it's going to go by Friday. Well, it went Thursday.”

Knowing there were storms forecast for the weekend, Codie said he was on high alert. But, they never made it that long, with the tree falling Thursday, May 27. Crews came Saturday to help clear it. Codie said he believes it was all preventable, but hopes what happened serves as a message to others.

“I just hope next time they take the renters seriously," he said. "If you’ve got a problem, a dead tree, crack in the tree, anything, take it down. It'll risk someone's life.”

The family said they're thankful, more than anything, that no one was hurt.

"It was just a split second thing that changed everything," Becky said.