Kayla Oblisk's 2-year-old was struck with Rocky Mountain Spotted Fever after he was bit by a tick at the Mount Washington City Park. 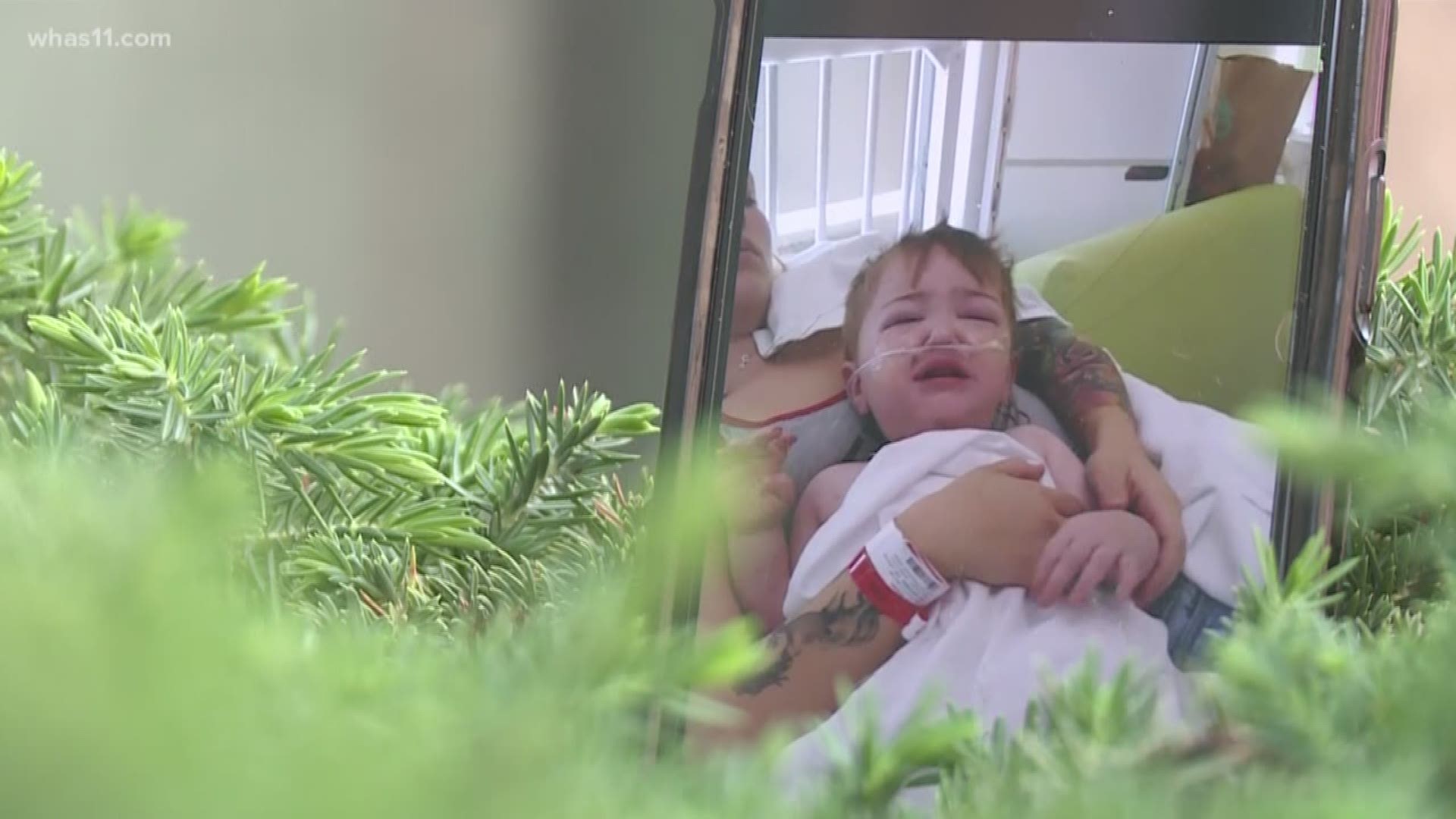 MT WASHINGTON, Ky. — After a week of pain and misdiagnoses, one family is celebrating their son's life on his second birthday.

Kayla Oblisk said her son Jackson was bitten by a tick on his neck when he went to the Mount Washington City Park with his father.

"They just pulled it off and moved right on," Oblisk said. "We didn't think anything else of it at that point."

But when Jackson began running a fever with light pink spots on his body, Oblisk said she took his to the doctor.

"We were told it's a viral rash, it's going to go away, you just have to wait it out, there's really nothing we can do," Oblisk said.

Slowly, the rash turned into aching pain and an emergency room visit on Memorial Day.

Someone had mentioned Rocky Mountain Spotted Fever, but Oblisk said it was too rare to believe. The chance of getting bit by a tick with the bacterial disease is one in 20,000.

Still, the potentially fatal disease was exactly what her son had.

"My kid wouldn't get up, he wouldn't eat he wouldn't drink, he was running a 105 degree fever," Oblisk said. "We couldn't get him to do anything, if you touched him he screamed."

Oblisk said she was told day eight with the disease often sees death. Her son was treated on day seven.

"I'm so glad that as a parent I said to myself ya know something isn't right and followed it," Oblisk said.

Her tough toddler fought for his life at Norton Children's Hospital, unable to wake up. Finally, on his second birthday, he woke up for the first time.

"Just celebrating the fact that we are almost positive that he is going to be okay," Oblisk said.

After an injury left her husband without a job, Oblisk is struggling to pay for Jackson's treatment. A friend of the family has started a GoFundMe to raise money for medical bills.