'No lives matter unless all lives matter and that includes Black lives': How one man is leading change in St. Matthews

Brad Castleberry has been protesting for about four months on the corner of Chenoweth and Shelbyville to encourage social change. 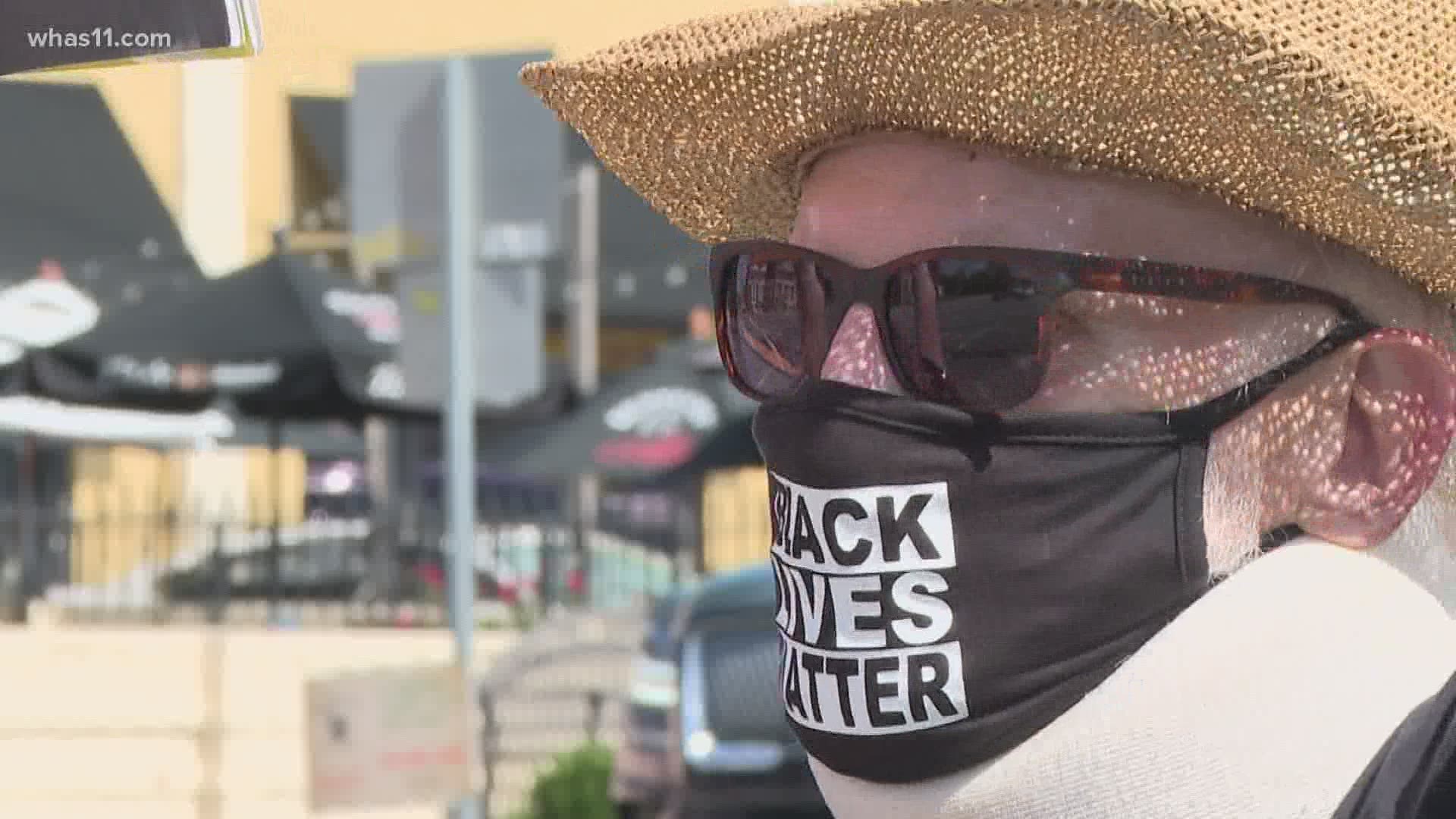 LOUISVILLE, Ky. — As calm as a still breeze, the most action at the intersection of Chenoweth and Shelbyville in St. Matthews is usually when the clock strikes each hour. Except when Brad Castleberry arrives.

"Every time people ask me what are you doing on such and such day, well I want you to know from four to six I'm on the corner," Castleberry said.

When he shows up, the honks become a consistent tune. Every day, Brad makes his way to this spot at the intersection and holds a Black Lives Matter sign.

"Wherever I go, whenever I go, day or night, it just doesn't matter, I'm constantly reminded that white lives matter," Castleberry said. "But to me, no lives matter unless all lives matter and that includes Black lives."

About four months ago, he joined a protest on the same corner in St. Matthews, but as those people moved to other areas of the city, Castleberry stayed.

About a week or so after protesting alone, a young woman named Lizzie Jones introduced herself and has been standing with him ever since.

You'd never know that there is a nearly 50-year age difference between Castleberry and Jones. These friends are fighting for freedom in their own community, which is predominantly white.

"It's easy to think, oh that's not our problem," Jones said. "It's not something they can just ignore."

Now, their group has grown and new people join them depending on the day.

"People see that there is a way of getting their voice out and they join," Castleberry said. "I get such energy from these people over here, they are filled with energy and filled with their sense of justice and it keeps me alive."

It's all due to Castleberry, wanting to see a more inclusive future than his past.

"He was out marching in Mississippi, he's been arrested, he's done sit-ins....it could be very easy for someone to be like, those days are behind me, and he's like, no I can't put those days behind me," Jones said.

If the world had more Brad Castleberry's, Jones said, the world would be a more loving, accepting and welcome place.

Like a song that never ends, those honks could be the first step to a better tomorrow.