Back in 2017, Alejandro was holding the GoPro as he went down a slide at Three Sisters Falls. 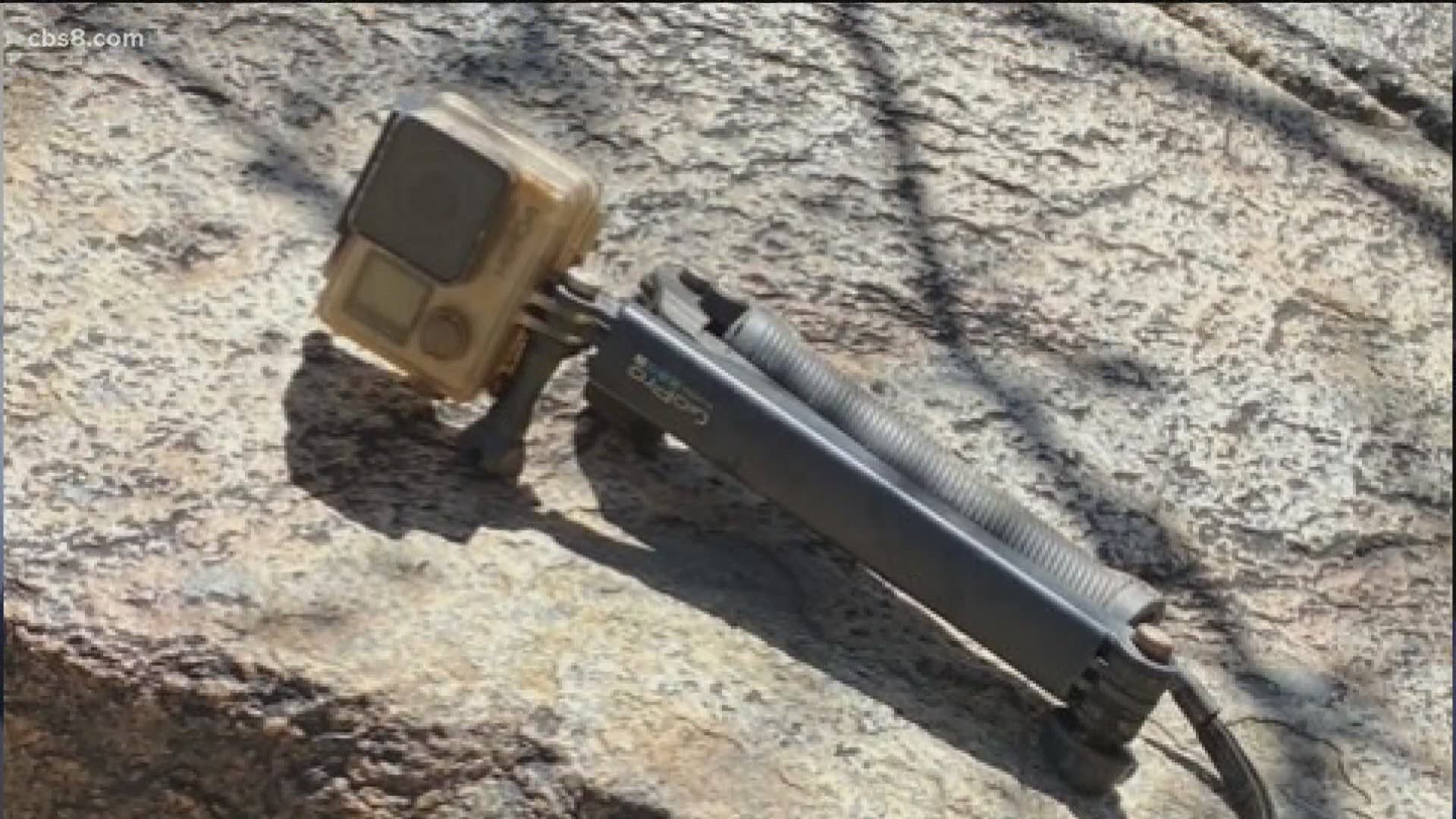 SAN DIEGO COUNTY, Calif. — Rio Villa wanted to try and help get the lost GoPro she and her boyfriend found under a waterfall April 3 at Three Sisters Falls back to its rightful owners.

They saw a cute couple, who appeared to be tourists, clearly in love, making memories in San Diego with "better together" shirts on.

"Oh yeah, even GoPro commented, they were like 'hey San Diegans like help them find the owners,'" Villa said.

The next day, the GoPro owners saw it when a family member sent them the video link.

"I saw the video and was like 'What! This is crazy how can that be? It's us.' And I was like 'Did you post this? How is this?'" Priscila Bernal, owner of the GoPro, said.

Priscilla and Alejandro are married now and live in the San Francisco Bay Area.

Back in 2017, Alejandro was holding the GoPro as he went down a slide at Three Sisters Falls.

The first time down was a success, the second time, not so much.

"The second time I hit my elbow. I opened my hand and throw the camera into the water. We tried to find it for hours and hours. It was a failure," said Alejandra Lopez, owner of the GoPro.

After seeing their long lost footage on TikTok, they decided to post their own video thanking Villa. And, that's how the two couples connected.

"All they had was these memories in their mind and now we can bring that back to them, which was really cool," said Wil Ezell, Villa's boyfriend.

Pricila and Alejandro are going to meet Rio and Wil in San Diego this weekend to get the GoPro back.