'This has been a very sad night for our city.' Louisville Mayor says protesters caused significant damage, destruction

"This violence and destruction is absolutely unacceptable. It besmirches any claim to honor Breonna Taylor’s memory," Mayor Fischer said. 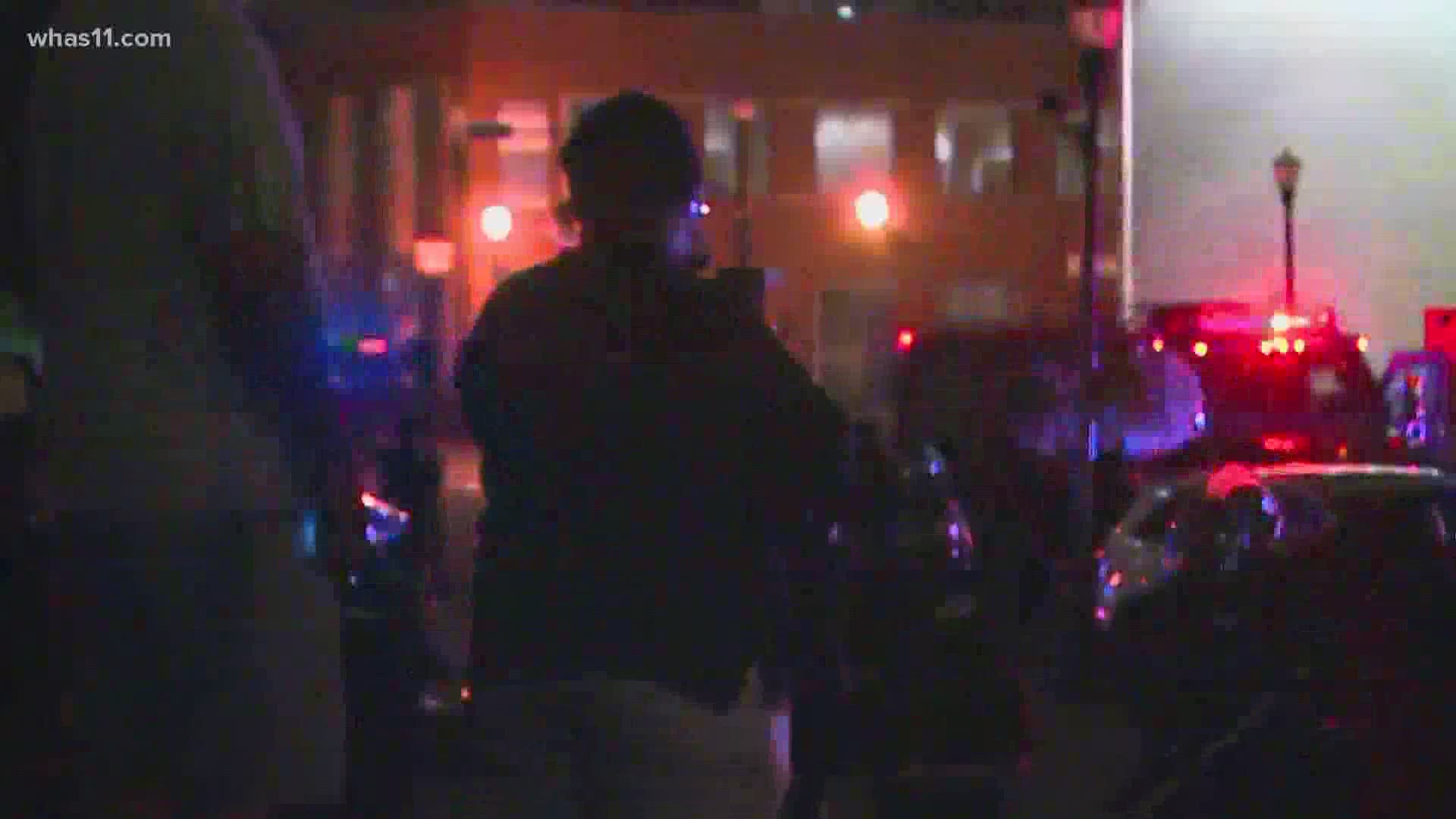 LOUISVILLE, Ky. — Friday night, Louisville Mayor Greg Fischer, along with Louisville Metro Police had a Zoom news conference about a second night of protests in the city. Fischer said Friday was the worst of the two nights.

Mayor Fischer called it "a very sad night for our city. And as violence raged across many cities in our country, it has been a sad night for America."

"There needs to be ample recognition of the underlying inequity that causes so much of this frustration, but there is no excuse for the destruction of property we have seen this evening.

This is not protest. It is violence.

Many came tonight to express the pain, anger and frustration brought about by the tragic death of Breonna Taylor.

Many were here to exercise their First Amendment right to peacefully protest – and I respect that right.

Unfortunately, another faction of people used the occasion of a protest as an excuse to cause destruction. Buildings set on fire. Windows broken. Cars vandalized. Businesses looted.

This violence and destruction is absolutely unacceptable. It besmirches any claim to honor Breonna Taylor’s memory. Just this morning, Breonna’s family called for peaceful and safe protest.

Violence does not bring our city closer to the truth in her case. No one stands up for justice and equality by smashing windows and burning property. This destruction will not be tolerated. LMPD believes that a significant percentage of the protesters came here from outside of Louisville.

RELATED: Many protesters are not from Louisville, Mayor Fischer says

To citizens of Louisville. I ask you to stay home. Protect our city and work peacefully for change. Destroying our city only make creating the city we want more difficult.

My thanks goes to the LMPD officers on duty tonight, who again showed discipline, restraint and professionalism under extremely volatile circumstances. And I also want to thank the law enforcement who came in to assist from other agencies.

Again, to all the peaceful protesters who marched tonight in Breonna Taylor’s name and to the many people marching with them in spirit – I want you to know I hear you, your city hears you and the country hears you.

My administration has taken swift action to respond to your concerns, to get to the truth in the Breonna Taylor case and to create a greater sense of police community legitimacy.

Let’s remember that there is only one way forward, and that’s working together. Working for truth, working for peace.

For Breonna, her family and for all of Louisville. Let’s work together, work through these challenges and build our city up – for everyone. That is our only path forward."