At least 20 horses were found shot and killed in December near an abandoned strip mine in Floyd County. 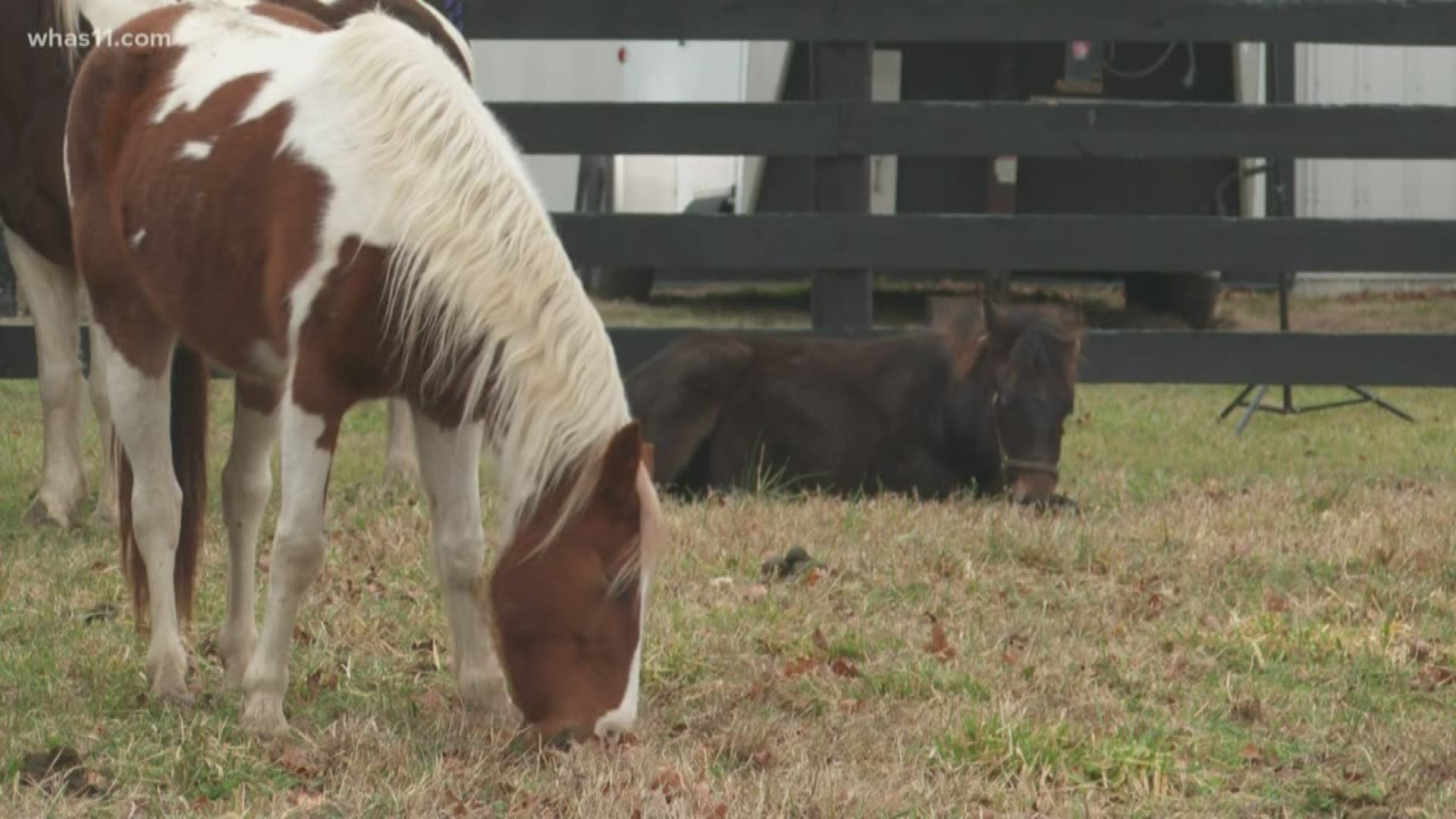 SIMPSONVILLE, Ky. — The Kentucky Humane Society has welcomed a third horse rescued from the free-roaming herd that was shot in Floyd County, Kentucky.

Diamond joins her mother, Hope, and her brother, Knox, at the farm after the three were rescued from Eastern Kentucky. At least 20 horses were found shot and killed in December near an abandoned strip mine in Floyd County. According to Kentucky Humane Society President and CEO Lori Redmon, there are a total of six known horses that survived the shooting.

Hope, who is pregnant and expected to give birth in one to two months, and Knox were brought to Willow Hope Farm two weeks earlier. At the time, they did not have names, so the Kentucky Humane Society asked their Facebook followers for suggestions.

"Hope actually stands for hope for a brighter future and also hope for justice for the horses," Redmon said. "Knox is actually Scottish for "from the hills." And so because they were from the hills of Eastern Kentucky and the Appalachian region, that seems appropriate for him."

Hope, Knox and Diamond were not shot but arrived to Simpsonville malnourished and with emotional scarring from the attack.

"The only experience they had with humans was the shooting," Redmon said.

But the horses have shown a lot of improvement. Redmon said both Hope and Knox have responded very well to their interactions with humans. Redmon said Diamond will likely take some more time getting acclimated since she is older than her brother.

"She won't let us necessarily approach her but I think that will come in time because she's only been here a day and a half," she said.

RELATED: Two horses rescued from area where at least 21 horses were killed in Eastern Kentucky

The goal is to let the horses recover and become trained at Willow Hope Farm before being put up for adoption. According to Redmon, Knox will likely be ready for adoption in one or two months while Diamond will likely take twice the amount of time to become ready. Hope will need to give birth first and then wean her newborn before she and the newborn are ready to be adopted.

Redmon said the local rescue team in Eastern Kentucky, Dumas Rescue, is planning to return to the strip mine to rescue the other three horses. They came close earlier but said a gunshot in the distance spooked the horses.

"If somebody did this once, they can do it again, and so we really are trying our best this time of year," she said. "It's tough but we're trying to get up there."

No one has been arrested or charged in connection to the shooting. Anyone with information is asked to contact the Floyd County Sheriff's Office at 606-886-6171.