Where were you when the sewers blew? Louisville marks 40 years since sewer explosions

Here's a lookback at the sewer explosions that rocked Old Louisville and surrounding areas on Feb. 13, 1981. 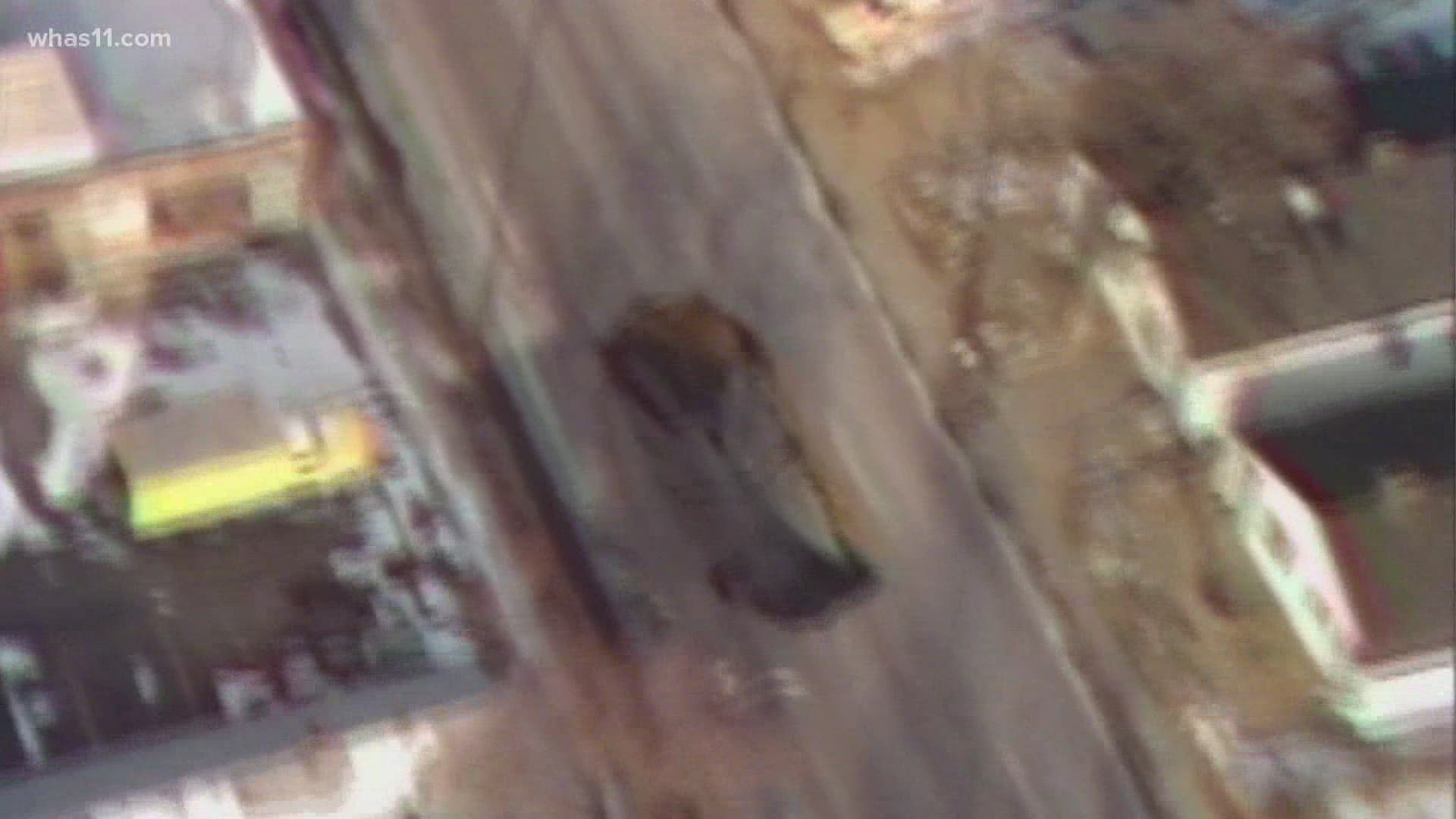 LOUISVILLE, Ky. — Where were you when the sewers blew? It’s a classic question for long-time Louisvillians referencing the 1981 sewer explosions that devastated Old Louisville and surrounding areas.

The first sign of anything wrong came early on the morning of February 13. WHAS-TV had multiple crews working all over the city as reports of damage were reported in the daylight.

City streets were collapsed, dozens of businesses and homes damaged beyond repair and someone only four were injured. No one was killed.

"If it had happened three hours later or six hours later I can't imagine how many people might have been killed or certainly injured. There was nobody killed- its hard to believe," WHAS11 assignment manager Steve Duncan said.

Duncan was less than one month into the job at WHAS11. On that day, he moved with the live crew dedicated to tracking damage and eventually a cause.

By the end of February 13, officials announced what they believed had gone wrong.

"City officials said they believe it was hexane that caused the explosion and we know between 11:30 Thursday night and 5:15 Friday morning there was no warning of what could and did happen," a former WHAS11 reporter said on air.

Ultimately investigators laid the blame on Ralston-Purina, a local soybean processing plant, accused of spilling 18,000 gallons of hexane into the Louisville sewer system. Officials said the leak lead to a series of explosions along 13 miles of sewer lines throughout the city.

"They weren't just small amounts of damage, it was entire sections of road, just blown up. Looked like something out of a war zone", Duncan explained.

As repairs got underway in the days that followed, MSD workers closely monitored the plant and the city's sewer lines for safe readings.

Once peace was restored, fear subsided and the city latched on to that famous saying...

"People made up t-shirts that said where were you when the sewers blew? And they became collectors items and little souvenirs", Duncan remembered.

It would take more than a year to fix the sewer lines and even longer to repair the streets. Four years after the explosions, the city of Louisville passed an ordinance giving MSD the authority to regulate the handling of hazardous materials like hexane in hopes something similar would never happen again.

"It was and still is 40 years later one of the biggest news events- most catastrophic news events- in my time at the station and I can imagine what it would be like if it happened now," Duncan said.

The Ralston-Purina Plant was demolished in 2014 after paying out millions of dollars to residents, MSD, the city and government agencies.

PHOTOS: A lookback at the 1981 Louisville sewer explosions

1 / 10
WHAS-TV
Still images from archived video gives a look back at the 1981 sewer explosions that rocked Old Louisville and surrounding areas.