It was a bombshell two-hour report airing 50 years ago on WHAS11, exposing allegations of illegal gambling and prostitution with city officials receiving kickback. 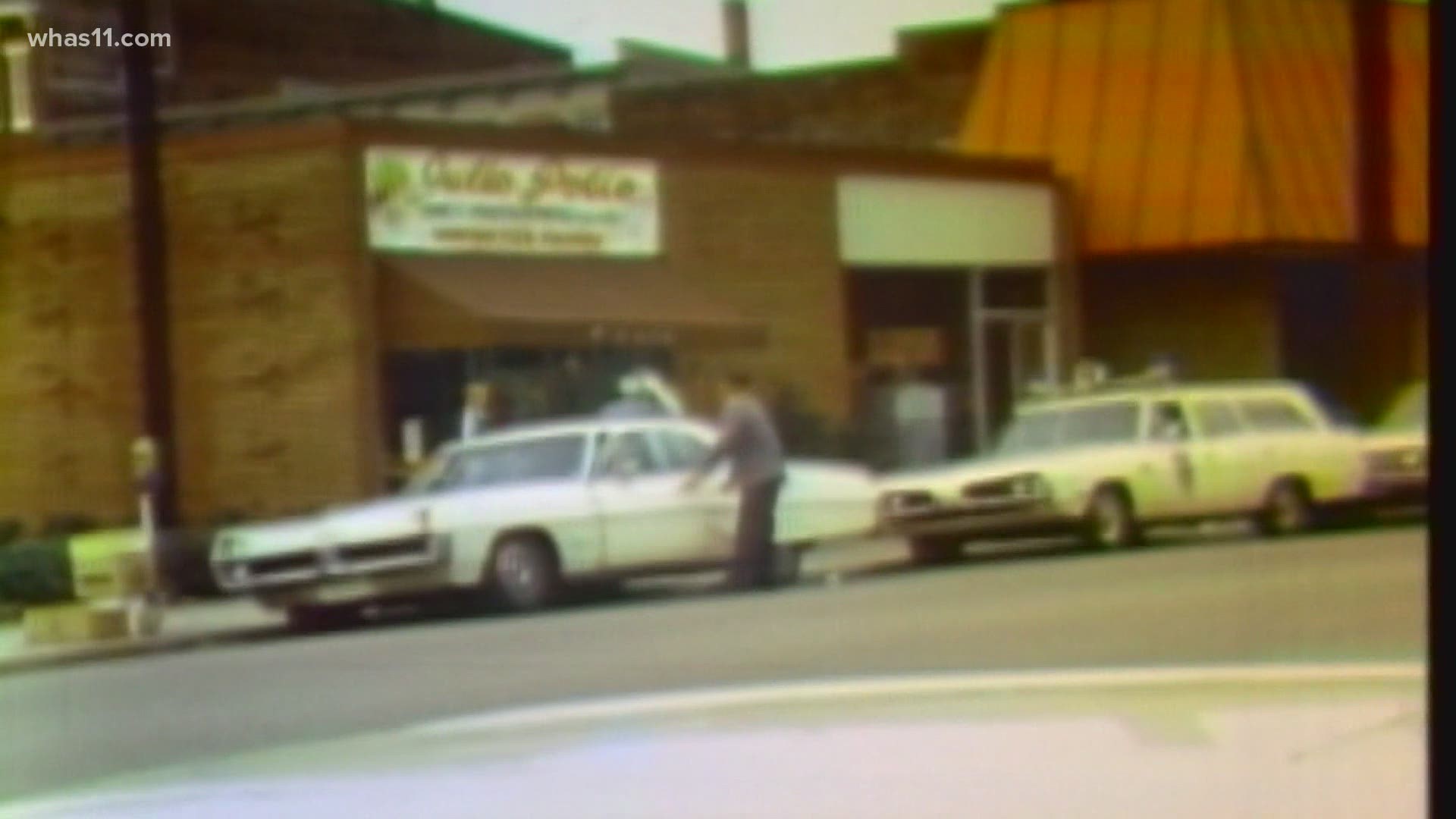 LOUISVILLE, Ky. — Documentary length programming was nearly unheard of on local TV news before WHAS released a two-hour special focusing on politicians and police receiving money from handbook operators in exchange for not enforcing gambling or prostitution laws.

"You are watching the inside of a Louisville bookie joint. Posing as a regular customer, WHAS reporter Clarence Jones, carried a concealed movie camera into this betting room to photograph its daily operation. This film and much of the film you will see tonight is the results of eight months of intensive undercover investigation- we call it Louisville open city," Bob Morse, a former WHAS11 news director said.

An experienced investigator teamed up with a WHAS reporter to do the digging and very few were aware of the investigation until it hit the air.

"Gamblers, prostitutes and policemen who know Louisville call it an open city – that means that gambling and prostitution are allowed to operate openly here with the knowledge of the police, prosecutors and the politicians," Jones explained.

In the days after the two-part special aired, the station received hundreds of phone calls with additional tips, letters arrived after that.

State lawmakers and the Kentucky attorney general asked to see the program's script to investigate the claims of corruption.

Within weeks, the bookies and club owners shown on film breaking the law were arrested and charged and local judges cracked down on enforcing penalties.

Commonwealth's Attorney Tom Wine was in high school when the expose hit the air, but he says he remembers it.

"I was a junior in high school and there was talk at Atherton High School about some of the stuff going on."

He says compared to 1971, much has changed in the way of gambling in Kentucky.

"Back in the '70s if you wanted to have an operation – a booking operation – you paid for protection," he said. "All of that has changed now. Everything that was illegal is now legal – not completely [and] there are still some restrictions but just about everything that you would've arrested somebody for, or tried somebody for is every day commonplace now."

Another noteworthy difference over the decades, accountability. Wine says the work WHAS did on this series was part of a major shift in how journalists started checking those in power.

"Reporters were much more active during that time period than they had been before – when they were simply reporting the news it was kind of handed, but now all of the sudden, they were actively involved in doing the undercover operations, so it was a big change back in the '70s," he explained.
Half a century later, Wine says the reminder of what went wrong is worthy.

"If you don't look at those stories you aren't going to remember how people took advantage of the situation, how people bribed elected officials allegedly, bribed police officers allegedly,” he said. “Those type of things cannot be forgotten. We have to remember so that we don't repeat those mistakes."